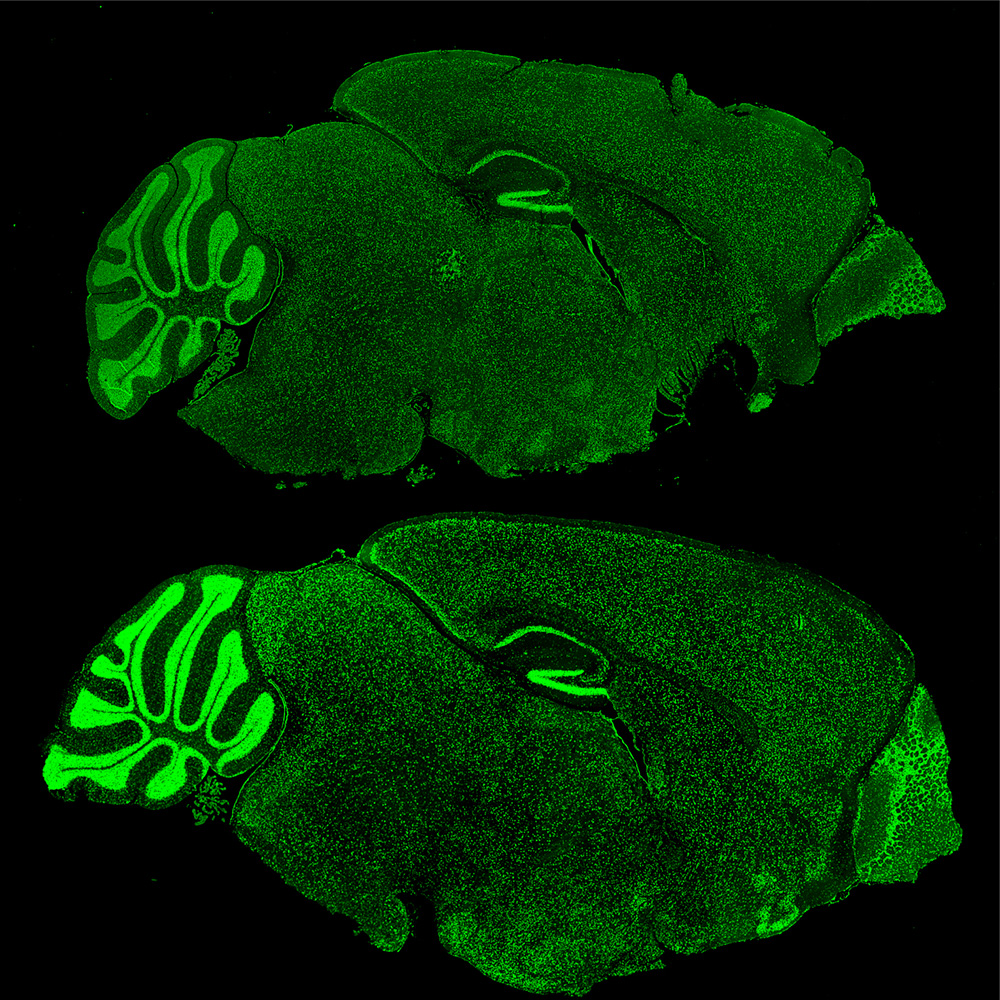 In Fragile X Syndrome—the leading genetic form of intellectual disability and autism—the effects of a single defective gene ripple through a series of chemical pathways, altering signals between brain cells. It’s a complex condition, but new research from Rockefeller University finds that inhibiting a regulatory protein alters the intricate signaling chemistry that is responsible for many of the disease’s symptoms in animal models. The work, published in Cell, offers insight into how redundant mechanisms control the amount of protein in a cell and provides a path to possible therapeutics for the autism spectrum disorders.

The work centers on a group of proteins—known as chromatin remodeling proteins—that control gene expression. Chromatin remodelers work by adding chemical tags to DNA, regulating the cellular machinery that transcribes genes into messages.

“Drugs that target chromatin remodelers are already in clinical trials to treat cancers like leukemia,” says study author Erica Korb, a postdoctoral researcher at Rockefeller. “It is an attractive approach because a single inhibitor allows you to target a whole network of genes at once.” The new research suggests that chromatin remodeling proteins may similarly play a key role in Fragile X Syndrome. By targeting chromatin remodelers in animals, the scientists were able to successfully alleviate symptoms of the disease.

Researchers have known for some time that Fragile X Syndrome is caused by defects in a single gene, known as FMRP, but exactly how FMRP affects neural function has remained a mystery.

A break came in 2011, when Rockefeller’s Robert B. Darnell, Robert and Harriet Heilbrunn Professor and a Howard Hughes Medical Institute Investigator, identified hundreds of cellular messages that were associated with FMRP, many of which encode proteins that are involved in neural function. Specifically, these proteins are required at the synapse, the space between two neurons where chemical communications are exchanged. In healthy patients, FMRP binds to the cellular messages and stops them from becoming proteins. But in patients with Fragile X Syndrome, the researchers found that the defective form of FMRP can no longer effectively inhibit protein production, increasing the amount of these synaptic proteins in the cell.

“The results made sense—this is a neurological disorder and we see an effect on proteins involved with neural function,” Darnell explains. As a result, scientists and clinicians alike sought out compounds that could inhibit the synaptic proteins, circumventing the need for FMRP. But in clinical trials, the drugs have been disappointing.

The initial hypothesis couldn’t be the whole story. Korb teamed up with Darnell and David Allis, the Joy and Jack Fishman Professor and head of Rockefeller’s Laboratory of Chromatin Biology and Epigenetics, to revisit the first set of results. They found that chromatin remodelers formed a second class of messages that were significantly associated with FMRP.

The researchers borrowed from the cancer biology field and used a drug to inhibit a specific chromatin remodeling protein known as Brd4. “The results were exciting. In cellular and animal models of Fragile X Syndrome, we saw a return to normal numbers of neuronal synapses and a decrease in behavioral symptoms,” Korb says.

Inhibitors for chromatin remodeling proteins may be a potential treatment not only for Fragile X Syndrome but other autism spectrum disorders as well. Previous research from Darnell and his colleagues has demonstrated that chromatin remodeling proteins are also affected in other types of autism. More broadly, the research offers a glimpse into the complex and often redundant networks that even healthy cells use to control gene expression and human behavior.