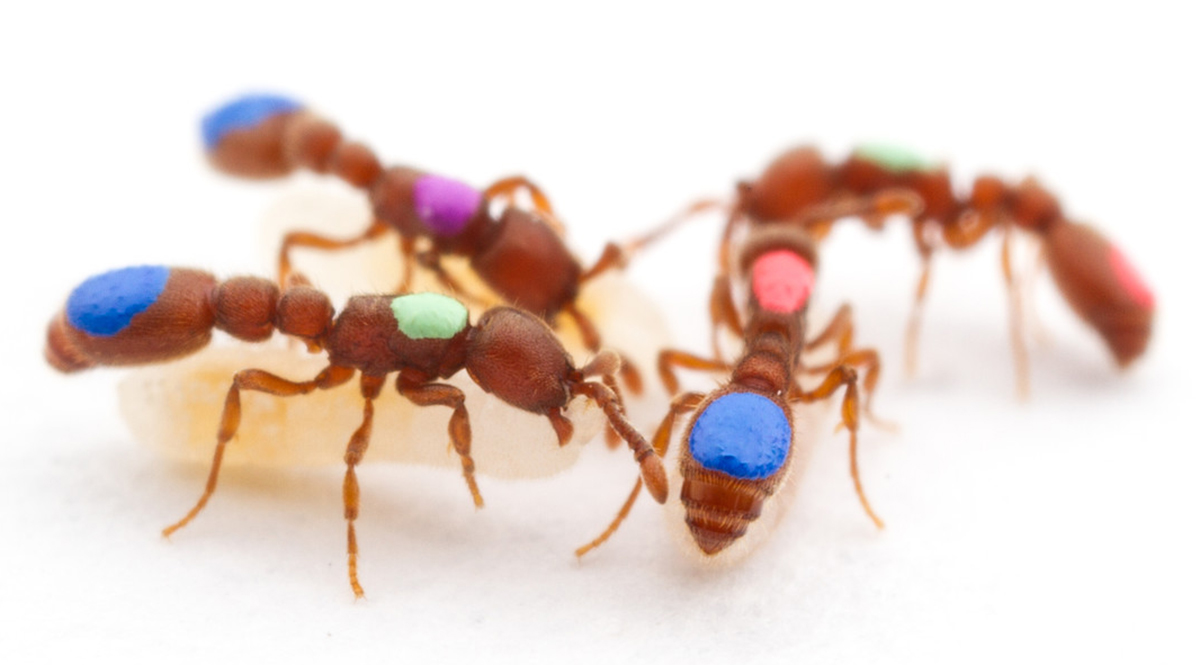 For the past three years, the COVID pandemic altered virtually every aspect of our lives. But we’ve been in a transitional phase in 2022, shifting towards the new normal. Science at Rockefeller has been in transition, too. Deeper insights into the nuances of COVID infection emerged, and the wide variety of research that continued throughout the pandemic has been able to emerge from out of COVID’s long shadow. Breakthroughs in genetics, biochemistry, neuroscience, infectious disease, and drug development were a few of the year’s highlights. Here are just some of the intriguing discoveries that Rockefeller scientists made in 2022.

Seeing Ourselves Fully for the First Time

At the turn of the century, the Human Genome Project vastly advanced our understanding of our genetic makeup. But it wasn’t until this year that a small but complex labyrinth of tightly wound genes known as heterochromatin was finally decoded, truly revealing our full DNA code for the first time. “It’s a big deal,” says Rockefeller’s Erich D. Jarvis, who helped develop a number of techniques central to illuminating these final pieces. “Every single base pair of a human genome is now complete.”

Though accounting for only eight percent of our genome, Jarvis says, heterochromatic genes have already provided “an entirely new understanding of how cells divide, allowing us to study a number of diseases we had not been able to get at before.”

B cells trained up on boosters to fight Omicron

Not long after we rolled up our sleeve for our first COVID shot, viral variants emerged that threatened to blunt the protective powers of vaccines. No variant seemed more threatening than Omicron, which surfaced in late 2021.  In light of its ability to outwit our immune systems, researchers debated whether booster shots would meaningfully slow its spread throughout communities.

But research from Rockefeller’s Theodora Hatziioannou, Michel C. Nussenzweig, and Paul Bieniasz showed that when given a reminder of the viral invader—in the form of a third mRNA vaccine dose—our immune system galvanized to fight Omicron. Hatziioannou says, “It’s one the best reactions to the virus that we’ve seen.”

The third dose prompted memory B cells into producing potent and versatile antibodies that neutralize both the original virus and its many variants. With every exposure to the antigen, these cells trained up, resulting in both mature antibodies and bumper crop of entirely new ones.

To have and to fold 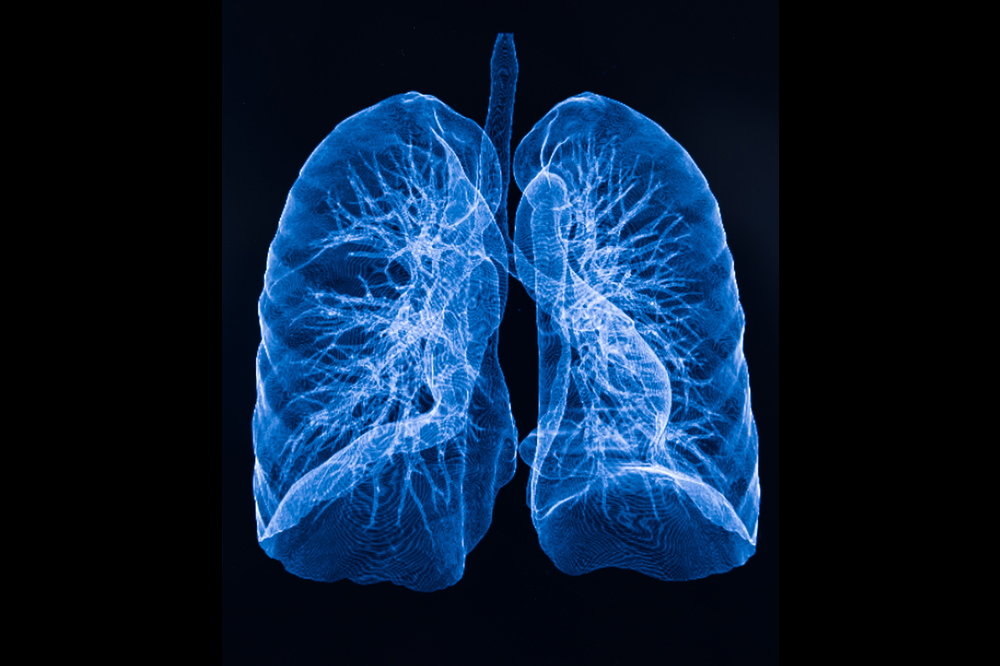 Sometimes we know that something works before we understand how it works. That’s been the case with the drugs used to treat cystic fibrosis, a genetic condition in which CFTR, a protein forming a channel on the surface of cells lining the lungs and digestive tract, fails to fold properly. Drugs known as CFTR correctors can be effective, but their mechanism of action has long been unknown.

This year, Jue Chen and her team revealed that CFTR correctors nestle into a notch within the protein, holding it in place and giving it time to fold, and hence allowing it to function properly.

These insights have applications far beyond cystic fibrosis. “Hundreds of diseases are caused by proteins failing to form the correct 3D structure,” Chen says. “We now have a way to identify molecules that may be used to treat these diseases.”

Doomed to be consumed

Theories abound for why some of us are more delicious to mosquitoes than others. Blood type, eating bananas, and being a woman are just a few. But there’s little credible data to back up any of them.

The good news is that researchers in the lab of Leslie Vosshall made significant strides this year in understanding why some people are magnetic to mosquitoes and how the insects sniff us out. In a three-year study in which participants wore nylon stockings over their forearms, Vosshall’s lab demonstrated that fatty acids emanating from the skin create an intoxicating perfume that Aedes Aegypti mosquitoes—the primary vector species for Zika, dengue, yellow fever, and chikungunya—can’t resist. One participant was an astonishing 100 times more appealing to the insects than the least attractive participant.

The bad news is that those beloved by mosquitoes are likely doomed to stay that way. “Some subjects were in the study for several years,” says Maria Elena De Obaldia, a former postdoc in Vosshall’s lab. “If they were a mosquito magnet, they remained a mosquito magnet.”

Tuberculosis kills at least 1 million people every year and infects nine times as many—and its incidence keeps growing. Although we have some effective drug treatments, the bacterium is always developing new ways to resist them.

That’s why it was so groundbreaking when the Laboratory of Host-Pathogen Biology, led by Jeremy Rock, identified 1,373 genes might help the pathogen acquire antibiotic resistance, revealing hundreds of potential treatment targets. Future therapies could boost the effectiveness of current antibiotics by thwarting the genes’ function. “Examining how current drugs affect bacterial physiology, and how the bacterium subverts this, is part of our long-term goal,” says Rock. “This study is the tip of the spear.”

The complex dance of cell formation

If early development is like a carefully choreographed dance, with uniform swaths of cells arranging themselves into elaborate patterns, then that dance may be a complex tango between mechanical forces and molecular processes. That’s what research that emerged this year from the Laboratory of Morphogenesis suggests.

Using skin as a model system, lab co-leaders Amy Shyer and Alan Rodrigues found that mechanical forces between cells break the symmetry of the tissue, nudging the cells to aggregate into periodically spaced bundles that will later grow feathers throughout the skin tissue. These structural changes trigger secondary gene-expression changes that ultimately push development further along. This was a surprising finding—gene expression has long gotten the whole credit for this feat of biological engineering.

“Understanding the precise sequence of the steps in that feedback loop might help us repair tissues or study tumor formation from new angles,” says Shyer.

A couple of amino acids can make COVID worse

One of the most confounding aspects of COVID is how differently it affects people. Even accounting for how age, sex, and preconditions such as diabetes can ramp up the risk of serious illness or death, an X factor remains.

Sohail Tavazoie was surprised to discover that variants of the gene APOE, which his lab has shown plays a role in cancer metastasis, have an impact on COVID immune responses as well.

Tavazoie’s studies on mice demonstrated that animals with APOE2 or APOE4 variants had increased viral loads and showed signs of getting sicker. “This is the first time that we’ve seen such a common genetic variant associated with COVID mortality,” Tavazoie says. 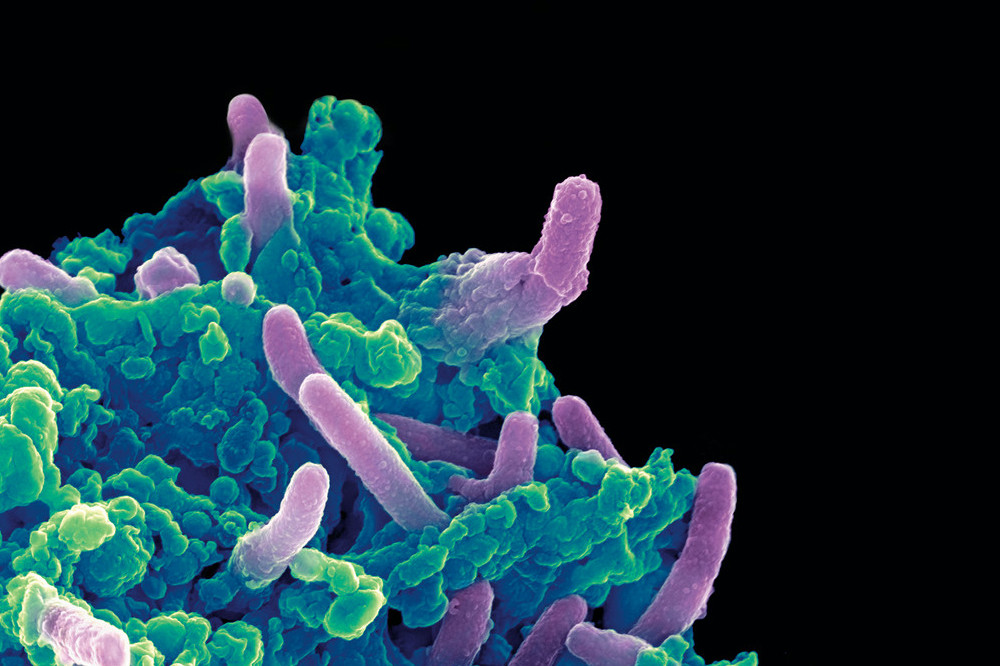 Battles between different bacteria have informed the development of some of our most powerful antibiotics. With the growing problem of antibiotic-resistant pathogens, could better drugs be derived from the methods bacteria themselves use to kill one another?

Sean Brady and his team suspected new munitions might be stashed in the thousands of bacterial gene clusters that remain uncharacterized. Sifting through a massive database, the scientists identified one that stood out. An algorithm predicted that a bacterium with these sequences would likely produce an antibiotic—and it did. The researchers dubbed it cilagicin, synthesized it, and showed it was capable of slaying several drug-resistant Gram-positive bacteria, did not harm human cells, and even successfully treated bacterial infections in mice.

“We think that we can now unlock large numbers of novel natural compounds with this strategy,” Brady says.

Individual ants don’t do well on their own. Their survival is entirely bound up in the collective. While investigating the impact of isolation on solo clonal ants, Rockefeller scientists discovered a fluid secreted by pupae that adults and larvae immediately drink. Produced during molting, this heady grog is rich in nutrients, psychoactive substances, hormones, and some components of the royal jelly usually reserved for queen bee larvae.

“The first few days after hatching, larvae rely on the fluid almost like a newborn relies on milk,” Kronauer says. “Although it’s not clear what it does to the adults, we’re confident that it impacts metabolism and physiology.”

The health of the entire colony appears to hinge on its prompt consumption: the larvae need it to grow, and if the adults and larvae fail to drink it, the pupae die of fungal infections.

Being sick often stills us. We tend to eat, drink, and move less—and we’re not alone. Many animals respond to illness with these so-called sickness behaviors, which are known to play an important role in recovery from infection. Yet it has never been clear how the brain coordinates that near-universal urge to refuse meals and curl up under the covers.

By provoking immune responses in mice, scientists in the lab of Jeffrey M. Friedman pinpointed a cluster of neurons in the dorsal vagal complex, a region of the brainstem, that potently induce these telltale behaviors. And inhibiting these neurons does the reverse, blunting the sickness response. It’s perhaps not surprising that the cells are found in the dorsal vagal complex, one of only a few areas lacking a blood-brain barrier, allowing it to transmitting information directly to the brain about pathogens circulating in the blood. However, Friedman says, “we found it surprising that a single neuronal population appears to regulate each of these components of the sickness response.”

Memories, in the prefrontal cortex of your mind

As mice navigate different rooms in virtual reality, their prefrontal neurons (top) communicate with those in the hippocampus (bottom) to conjure associated memories.

They used novel techniques to simultaneously record and manipulate neural activity in mice as they navigated multisensory experiences in a VR setup. Nudged by a specific scent or sound, the mice were later able to recall the broader experience.

It turns out that while the entorhinal-hippocampal pathway, a well-studied circuit involving the hippocampus and its surrounding region, was essential for forming and storing memories, the individual sensory cues were stored in the prefrontal cortex, which then sent the fragments back to the hippocampus along a different circuit. “This suggests that there’s a dedicated pathway for memory recall separate from memory formation,” says first author Nakul Yadav.