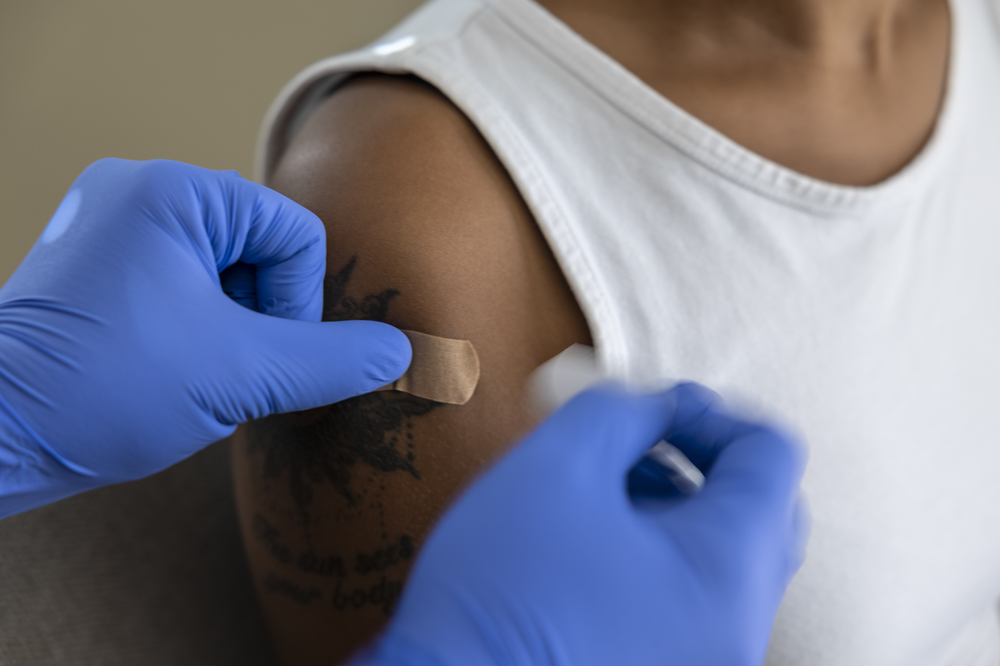 It wasn’t until the third dose of the COVID vaccine that the memory compartment of the immune system truly came into its own.

The mRNA vaccines used against COVID were never designed to battle the Omicron variant, a now dominant strain of the coronavirus that recently claimed 18,000 lives in a single week. Yet individuals who receive their third dose appear to be protected from the worst of Omicron, and a new study in Nature explains why. In analyzing blood samples from patients who received a booster, researchers showed that the third dose galvanizes memory B cells into producing potent and versatile antibodies that neutralize both the original virus and its many variants.

“With every exposure to antigen, we see an improvement in the memory B cell compartment, and the third dose is no exception,” says Theodora Hatziioannou, who co-led the study with colleagues Michel C. Nussenzweig and Paul Bieniasz. And although one implication of this finding is that both infection and vaccination strengthen the memory B cell compartment, Hatziioannou stresses that this is no reason to skip your shots. ”Vaccination is far safer,” she says.

Scientists had reason to hope that COVID vaccines would give rise to antibodies that provide long-term protection and fight off new variants. Vaccines against smallpox and Spanish flu are thought to have induced decades-long immunity, preventing severe disease for a lifetime.

But initial studies of how mRNA vaccines impacted the memory compartment were disappointing. While infection with the virus stoked a strong memory B cell response among survivors, featuring antibodies that continued to evolve for a year after infection, early studies suggested that antibodies in vaccinated-only individuals might not evolve to the same degree. Such muted memory B cell responses would leave the inoculated more vulnerable to variants.

“I was very skeptical, at that point, that we’d be able to achieve the same levels and quality of antibodies with vaccines and boosters,” Hatziioannou says.

As data from subsequent doses began to roll in, however, it became obvious that there was something special about booster shots. When the Rockefeller team examined samples from individuals who had received second and third doses, they found 30 to 200-fold increases in neutralizing activity against Omicron—evidence that vaccination was, at last, producing robust and flexible antibodies.

The main takeaway, Hatziioannou says, is that a third dose is key to strengthening the immune system and preventing serious infection. “Our study could be considered an explanation of why the third dose should be recommended,” she says. “We now know exactly what the third dose does to immune memory, and it’s one the best reactions to the virus that we’ve seen.”

Regarding the merits of a fourth dose, however, Hatziioannou is less certain. “In addition to our study, a lot of clinical data has shown that the third dose does a better job than the first two at protecting from severe infection,” she says. “Without the same type of clinical data on the fourth dose, we cannot yet know whether to expect similar results from another booster.”