New evidence that boosters may be crucial in protecting against Omicron 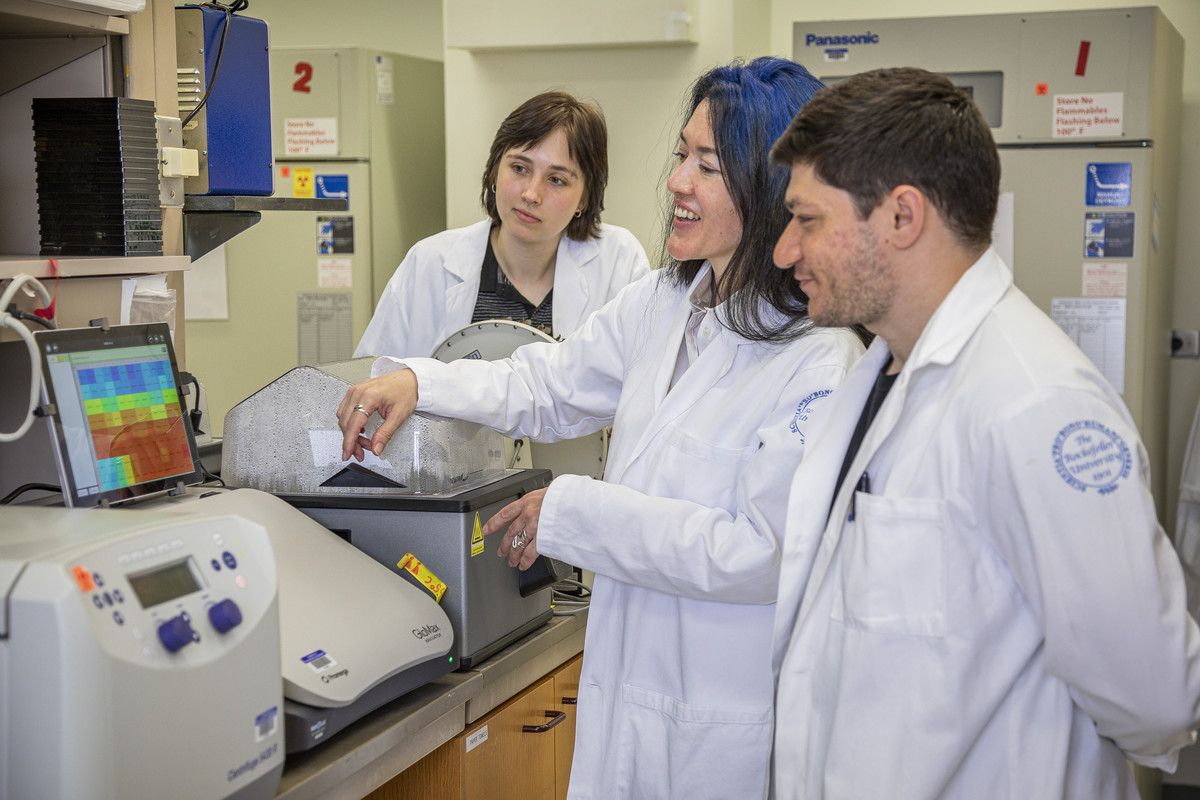 Despite Omicron’s strong resistance to antibodies, blood plasma from boosted individuals can neutralize it.

As the world faces an impending wave of COVID cases due to Omicron, scientists are racing to assess vaccine efficacy against the new variant. In a new study, Rockefeller scientists report on their comprehensive analysis of Omicron’s resistance to antibodies, offering insights about the levels of immunity current vaccines may provide.

The researchers found that Omicron is more prone to escape antibodies produced after vaccination or an infection than previous variants of SARS-CoV-2. However, boosters fortify the antibody response sufficiently to deliver a substantial increase in protection.

The findings add to growing evidence that people vaccinated with only two doses of the Pfizer or Moderna mRNA vaccine, or those immunized by coronavirus infection, are less protected against Omicron than all previous variants. Although scientists expect that vaccines will protect many against severe disease and death, boosters will be needed to make this protection more robust and to counter the spread of the virus.

“It is time to discard the notion that two doses of mRNA means ‘fully vaccinated,’ or that people who have had COVID don’t need to be vaccinated,” says virologist Paul Bieniasz, who co-led the study.

To assess how well antibodies stand up against Omicron, the researchers mixed 169 plasma samples with a harmless virus bearing the spike protein of the Omicron variant, or the spike of the original SARS-CoV-2 for comparison. They then measured how well the plasma samples neutralize the two variants.

Among unvaccinated COVID survivors, and people who had received two doses of mRNA vaccines or one dose of the Johnson & Johnson’s vaccine, the neutralizing ability of blood plasma took a substantial hit from Omicron, decreasing 30 to 180-fold (in contrast, the Delta variant has been found to cause only a two-fold decrease.) Particularly concerning, the researchers said, was that a significant fraction of people in these groups showed extremely low levels of neutralizing antibodies, sometimes even below of the level of detection.

But boosters make a remarkable difference. People who received a mRNA booster shot following infection or prior vaccination showed about 30 to 200-fold increases in neutralizing activity against Omicron. In line with findings of previous studies, this improvement suggests that mRNA boosters increase the levels of antibodies and may promote their ongoing evolution to more-effectively target the spike protein.

A report of this research, led by Michel C. Nussenzweig, Paul Bieniasz, and Theodora Hatziioannou, is available on medRxiv awaiting publication in a peer-reviewed journal.