Why some people are mosquito magnets 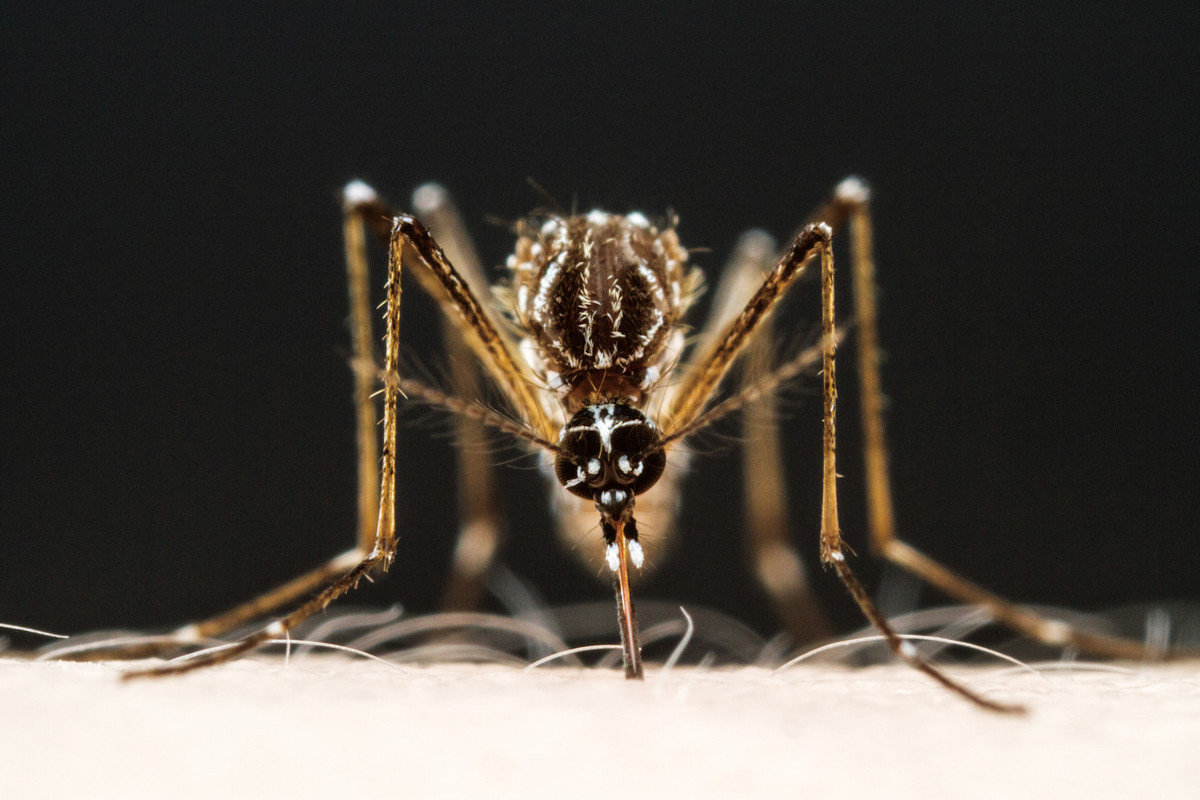 It’s impossible to hide from a female mosquito—she will hunt down any member of the human species by tracking our CO2 exhalations, body heat, and body odor. But some of us are distinct “mosquito magnets” who get more than our fair share of bites. Blood type, blood sugar level, consuming garlic or bananas, being a woman, and being a child are all popular theories for why someone might be a preferred snack. Yet for most of them, there is little credible data, says Leslie Vosshall, head of Rockefeller’s Laboratory of Neurogenetics and Behavior.

This is why Vosshall and Maria Elena De Obaldia, a former postdoc in her lab, set out to explore the leading theory to explain varying mosquito appeal: individual odor variations connected to skin microbiota. They recently demonstrated through a study that fatty acids emanating from the skin may create a heady perfume that mosquitoes can’t resist. They published their results in Cell.

“There’s a very, very strong association between having large quantities of these fatty acids on your skin and being a mosquito magnet,” says Vosshall, the Robin Chemers Neustein Professor at The Rockefeller University and Chief Scientific Officer of the Howard Hughes Medical Institute.

A tournament no one wants to win

In the three-year study, eight participants were asked to wear nylon stockings over their forearms for six hours a day. They repeated this process on multiple days. Over the next few years, the researchers tested the nylons against each other in all possible pairings through a round-robin style “tournament.” They used a two-choice olfactometer assay that De Obaldia built, consisting of a plexiglass chamber divided into two tubes, each ending in a box that held a stocking. They placed Aedes Aegypti mosquitoes—the primary vector species for Zika, dengue, yellow fever, and chikungunya—in the main chamber and observed as the insects flew down the tubes towards one nylon or the other.

By far the most compelling target for Aedes aegypti was Subject 33, who was four times more attractive to the mosquitoes than the next most-attractive study participant, and an astonishing 100 times more appealing than the least attractive, Subject 19.

The samples in the trials were de-identified, so the experimenters didn’t know which participant had worn which nylon. Still, they would notice that something unusual was afoot in any trial involving Subject 33, because insects would swarm towards that sample. “It would be obvious within a few seconds of starting the assay,” says De Obaldia. “It’s the type of thing that gets me really excited as a scientist. This is something real. This is not splitting hairs. This is a huge effect.”

The researchers sorted the participants into high and low attractors, and then asked what differentiated them. They used chemical analysis techniques to identify 50 molecular compounds that were elevated in the sebum (a moisturizing barrier on the skin) of the high-attracting participants. From there, they discovered that mosquito magnets produced carboxylic acids at much higher levels than the less-attractive volunteers. These substances are in the sebum and are used by bacteria on our skin to produce our unique human body odor.

To confirm their findings, Vosshall’s team enrolled another 56 people for a validation study. Once again, Subject 33 was the most alluring, and stayed so over time.

“Some subjects were in the study for several years, and we saw that if they were a mosquito magnet, they remained a mosquito magnet,” says De Obaldia. “Many things could have changed about the subject or their behaviors over that time, but this was a very stable property of the person.”

Even knockouts find us

Humans produce mainly two classes of odors that mosquitoes detect with two different sets of odor receptors: Orco and IR receptors. To see if they could engineer mosquitoes unable to spot humans, the researchers created mutants that were missing one or both of the receptors. Orco mutants remained attracted to humans and able to distinguish between mosquito magnets and low attractors, while IR mutants lost their attraction to humans to a varying degree, but still retained the ability to find us.

These were not the results the scientists were hoping for. “The goal was a mosquito that would lose all attraction to people, or a mosquito that had a weakened attraction to everybody and couldn’t discriminate Subject 19 from Subject 33. That would be tremendous,” Vosshall says, because it could lead to the development of more effective mosquito repellents. “And yet that was not what we saw. It was frustrating.”

The apparent unbreakability of the mosquito scent tracker makes it difficult to envision a future where we’re not the number-one meal on the menu. But one potential avenue is to manipulate our skin microbiomes. It is possible that slathering the skin of a high-appeal person like Subject 33 with sebum and skin bacteria from the skin of a low-appeal person like Subject 19 could provide a mosquito-masking effect.

“We haven’t done that experiment,” Vosshall notes. “That’s a hard experiment. But if that were to work, then you could imagine that by having a dietary or microbiome intervention where you put bacteria on the skin that are able to somehow change how they interact with the sebum, then you could convert someone like Subject 33 into a Subject 19. But that’s all very speculative.”

She and her colleagues hope this paper will inspire researchers to test other mosquito species, including in the genus Anopheles, which spreads malaria, adds Vosshall: “I think it would be really, really cool to figure out if this is a universal effect.”