This message was sent to the Rockefeller community from the Office of the President on June 19, 2020 at 1:21 p.m.
Subject: Update from the President

This week we have continued to reopen our scientific laboratories while ensuring that we remain diligent in preventing infection with the SARS-CoV-2 virus. This effort has gone very well thus far, and I’m immensely grateful for everyone’s care in ensuring safety within our community and beyond.

We have also continued broad discussions on campus about bias and racism in our society, academia, and science. The protests prompted by George Floyd’s murder have brought these issues into focus, and we must continue to work together as a community to ensure we do everything possible to promote equality and inclusion at Rockefeller and in the scientific community at large.

Following these discussions, on Wednesday we announced actions that the University is taking to further our progress toward these goals. I want to reiterate that these commitments are not an endpoint but immediate steps we are taking to address legitimate concerns.

In this context, I’m particularly proud to highlight the work of Jeanne Garbarino and her colleagues in RockEDU’s outstanding science outreach program, which works to connect Rockefeller’s basic science with K-12 education, creating resources and developing programs that promote equitable access to science education. RockEDU brings thousands of kids each year, many from communities of color, to Rockefeller labs for field trips or placements in labs; it also develops science curricula and trains science teachers, and organizes, in collaboration with Development, the annual Science Saturday event. (See photo below.)

RockEDU has adapted nimbly to the constraints of the pandemic and worked hard to continue their programming and maintain connections with the schools, teachers, and students in their orbit despite the closures. Because children in BIPOC communities often have limited access to science and scientists, RockEDU is one of our most important tools for building a more diverse scientific community—its work today will lead to more diversity tomorrow, and a broader understanding of the role science plays in societal progress, as well as its limitations. Jeanne, who has herself been a remarkable and inspiring mentor to hundreds of these young students, was recently featured in Seek magazine’s “Becoming a Scientist” feature, published online earlier this month. I encourage you to read it.

These efforts remind us that RockEDU continues Rockefeller’s proud tradition of expanding access to educational opportunities. Twenty years before founding our institution in 1901, John D. Rockefeller Sr. was a founder and provided the principal financial support for the Atlanta Baptist Female Seminary, the first institution for the education of black women in Georgia, which was later renamed Spelman College in honor of his wife. Similarly, he donated the land upon which the Atlanta Baptist Seminary, now Morehouse College—a great historically black men’s college—sits.

Turning to COVID-19, I’m pleased to report that metrics have continued to improve in New York City even with protests and the phase 1 reopening of the city on June 8. The number of new hospitalizations and deaths from COVID-19 continued to go down in the city, as did the percentage of tests for virus that returned positive. It is nonetheless reason for caution to see that many states that have reopened their economies earlier and more aggressively than NY are now seeing marked increases in new cases and hospitalizations. Maintaining diligence in personal behavior to protect ourselves, our loved ones, and our community remains essential.

I also want to take a moment to thank the university’s scientific resource centers directors and staff, whose work enables the research of nearly every laboratory, and who have provided vital support to the research community since the university closure on March 18th. During this time, many of the centers made important contributions to COVID-19 research projects (Antibody and Bioresource Core Facility, Bio-Imaging, Cryo-EM, Electron Microscopy, Flow Cytometry, High Throughput, and Proteomics). Additionally, the PIT fabricated face shields and other supplies needed by healthcare professionals, and all of the centers continued to assist researchers remotely with consultation, training, or analysis services. Now, in Rockefeller’s Phase II, all of the centers are open, providing services at the maximum level achievable while meeting the shared goal of minimizing the risk of infection in our community.

On a celebratory note, last week saw the release of the annual U-Multirank data on institutional impact, and Rockefeller again took top marks in this international ranking. We placed first in the United States among 227 universities as judged by a set of ten performance indicators concerning education, research, technology transfer, and collaboration. For the sixth consecutive year, Rockefeller also ranked first worldwide in measures of our scientific impact based on citations in the literature and patents.

Finally, today we celebrate Juneteenth, which commemorates June 19, 1865, when a Union general landed in Galveston, Texas, after the end of the Civil War and implemented Lincoln’s proclamation of emancipation from slavery. This marked the end of one of the last vestiges of slavery in the United States. Juneteenth prompts each of us to both reflect on the terrible history of racial injustice in the United States and commit to building a just and equal society.

With all best wishes, 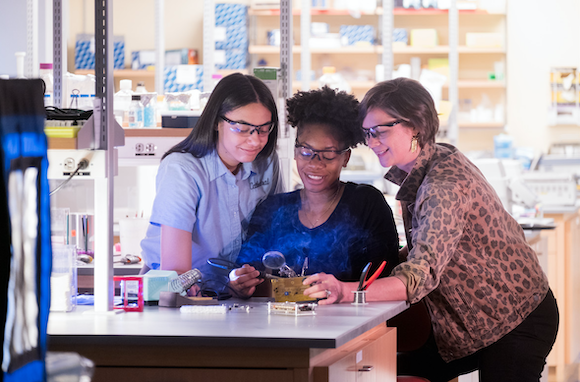