How bacteria "self-vaccinate" against viral invaders 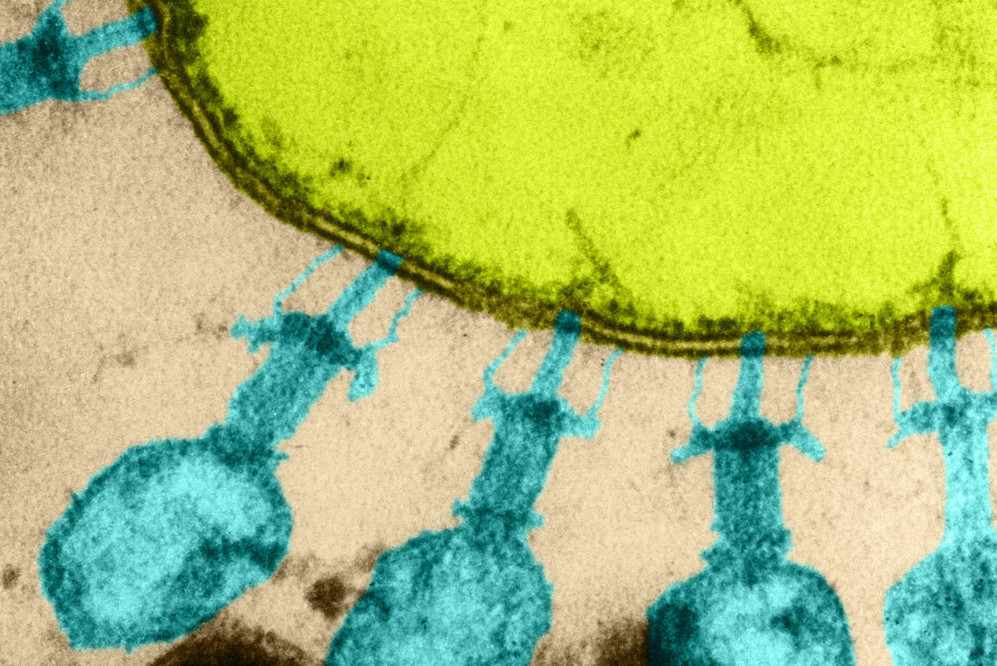 Like most organisms, bacteria are preyed upon by viruses—and their go-to approach to destroying the invaders is to simply chop them up. As soon as it sees a virus, a bacterium may employ a host of immune strategies to slice up its genome using molecular cutters such as CRISPR-Cas, also the namesake of a popular laboratory tool.

A new study now shows that bacteria’s defense strategies don’t work in isolation. Researchers at The Rockefeller University discovered that a surprising level of cooperation takes place between the CRISPR-Cas system and bacteria’s other prominent defense strategy, known as restriction enzymes. “Many scientists have used one or both of these systems for their research, but we didn’t know the extent to which they are connected in bacteria,” says Luciano Marraffini, Kayden Family Professor at Rockefeller and an investigator with the Howard Hughes Medical Institute.

The findings, published in Molecular Cell, show that while restriction enzymes act as the first line of defense, they also prepare the material that CRISPR-Cas will need to target the virus with precision. “The mechanism is reminiscent of our own multi-pronged immune response,” Marraffini says. “It includes a temporary first line of defense before activating a second, more robust adaptive response.”

Restriction enzymes are capable of cleaving short DNA sequences, so the bacterium makes use of them just as soon as the virus invades the bacterial cell. CRISPR-Cas, a more sophisticated system, comes in later. While the restriction enzyme chops up viral DNA with the crudeness of a lawn mower, CRISPR-Cas is like a razor-sharp shear used by a painstaking gardener. It slits the viral intruder with immaculate precision by neatly aligning it to a molecular guide targeting a specific genetic sequence.

Both types of bacterial defenses are commonly used by biologists whose day-to-day chores involve manipulating DNA for various purposes—like sequencing genes, making molecules fluoresce, or creating animals with modified genomes. In the 1970s, scientists used restriction enzymes to develop a novel tool called recombinant DNA, which made it possible to clone and study single genes. And a decade ago, technology based on CRISPR-Cas revolutionized bioscience by giving scientists the means to edit genomes within living cells and organisms.

Working with Staphylococcus aureus, Pascal Maguin, a graduate fellow in Marraffini’s lab found that the virus-chopping strategies of this bacterium work better together than on their own. When Staph are protected only by restriction enzymes, their defenses are short-lived because some of the viruses will eventually start shielding their DNA—and after a while, their study shows, the bacteria growing in the dish will start to dwindle. If Staph has access to both systems, however, they recover quickly.

Maguin and his colleagues found how the two systems work in concert—segments previously clipped by restriction enzymes help the CRISPR-Cas machinery generate the molecular guide needed to find the viruses and put an end to the infection.

“It’s a bit like vaccination,” Marraffini says. “The restriction enzyme cuts little pieces of the virus that CRISPR will then use to mount an adaptive response.”

The findings might not only help us understand how Staph defends itself from viruses; there is a chance they could also make us better equipped to defend ourselves from Staph—a species notorious for its ability to become resistant to antibiotics. Last year, Marraffini’s team found that the bacterium uses its CRISPR-Cas system not only to fend off viruses, but also to develop multidrug resistance. A better understanding of the system could one day allow scientists to manipulate it with drugs in order to fight Staph infections that respond to no other treatments.