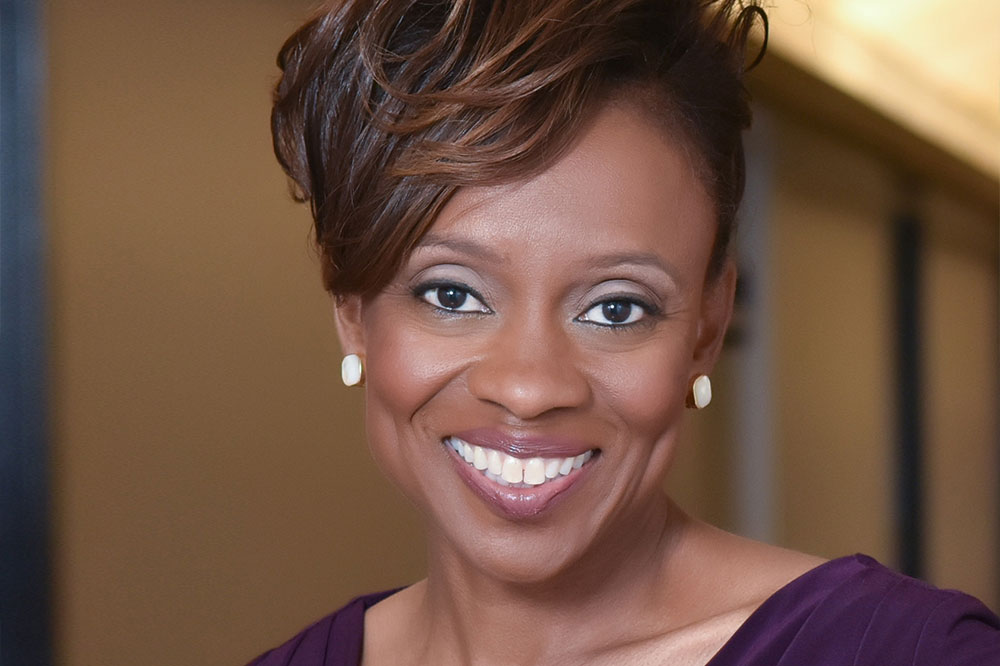 For over two decades, Jennifer L. Eberhardt has demonstrated, with hard data, the extensive and inescapable nature of hidden racial biases. She has also developed strategies to correct these damaging attitudes and the behaviors that result from them. In her book Biased: Uncovering the Hidden Prejudice That Shapes What We See, Think, and Do, Eberhardt weaves experimental and observational studies with personal stories from her experience as an African American woman and mother, bringing to life the prejudice that pervades our society.

For her accomplished record in applying rigorous scientific methods to the behavioral study of race, and her exceptional storytelling, Eberhardt will be presented with the Lewis Thomas Prize for Writing about Science on April 7. Named after its first recipient, noted physician-scientist and essayist Lewis Thomas, the prize was established in 1993 by Rockefeller’s Board of Trustees.

“Jennifer Eberhardt embodies what the Lewis Thomas Prize was established to celebrate,” says Jesse H. Ausubel, chair of the selection committee. “She makes complex ideas and behaviors accessible through her writing, and her work evokes reflection and revelation.”

In Biased, Eberhardt details how the criminal justice system treats black people dramatically differently from white people—from decisions officers make on the streets, to courtrooms where a death sentence can hinge on how black a defendant looks. She demonstrates that bias has tremendous reach, extending to schools, neighborhoods, healthcare centers, and businesses. Her work shows that even people who believe in equity and are not consciously prejudiced succumb unknowingly to the warped and harmful messages that permeate our world—a hard truth that becomes apparent even in her own personal life.

Eberhardt provides evidence that discrimination is a serious, widespread problem, but she also offers hope. She has devised many strategies to address the problems her research has highlighted, engaging in actionable change with a myriad institutions and agencies. She has shown that institutions as diverse as police departments and the social networking service Nextdoor can make small changes that exert dramatic effects and could help transform society.

Eberhardt majored in psychology at the University of Cincinnati and studied implicit bias as a graduate student at Harvard University. She was on the faculty at Yale University before moving to Stanford University in 1998, where she co-directs Stanford’s “do tank,” called Social Psychological Answers to Real-World Questions, which harnesses science to address societal problems. Eberhardt is a member of the National Academy of Sciences and the American Academy of Arts and Sciences, president of the Association for Psychological Science, and the recipient of a MacArthur “genius” grant. In 2020, Biased received the William James Book Award from the American Psychological Association.

Register for the 2022 Lewis Thomas Prize presentation and discussion here.

The author of The Evolution of Beauty was presented with Rockefeller’s science writing award, which honors scientists as inspirational authors.

Thorne is recognized for his deft explanations that have drawn readers into the space-, time-, and mind-bending realm of Einstein’s ideas. The prize, which honors scientists as inspirational authors, will be presented on April 17.