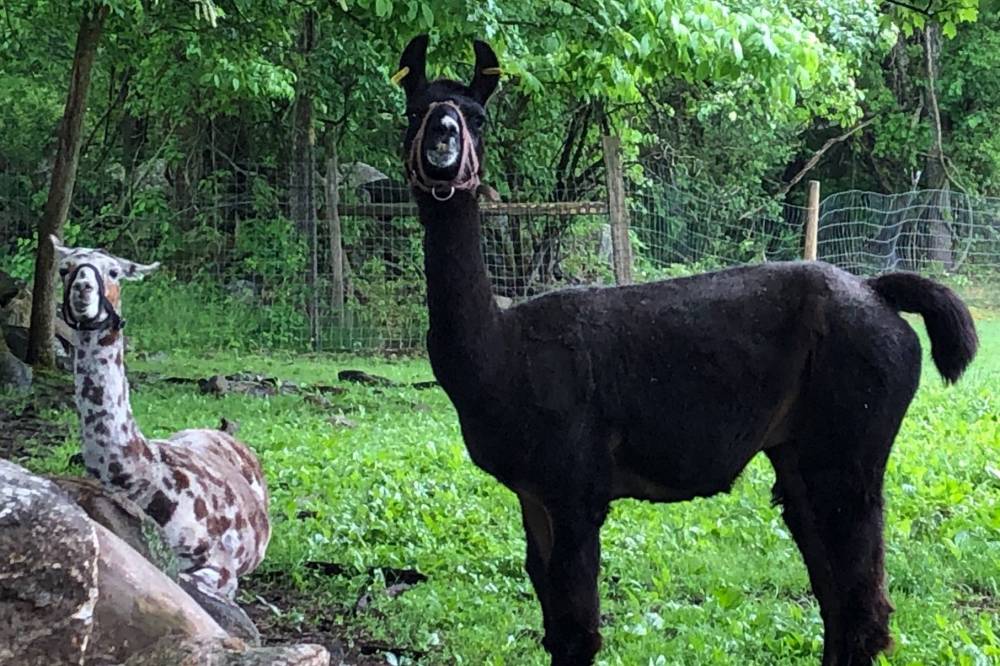 Amid the growing threat of a new and potentially more dangerous SARS-CoV-2 variant, scientists are ramping up the quest for COVID treatments. A recent study demonstrates the therapeutic potential of an unusual class of immune proteins: miniature antibodies called nanobodies, derived from llamas.

Rockefeller scientists Michael P. Rout and Brian T. Chait and their colleagues at the Seattle Children’s Research Institute selected a repertoire of over one hundred nanobodies based on their potency and ability to target different parts of the SARS-CoV-2 spike protein. Produced by immunized llamas, the nanobodies were shown to neutralize the original coronavirus and several of its variants, including Delta, with high efficacy in lab tests. Studies to assess their potency against the new Omicron variant are underway.

The researchers hope that a nanobody combination could be developed into a COVID drug effective against both current and future variants.

“Based on the way our nanobodies bind to the virus, we are hopeful that many will remain effective, perhaps even against Omicron,” Rout says. “We should have those results soon.”

The findings are published in the journal eLife.

The path to a new treatment

A human antibody is a chunky formation of two protein chains. But the corresponding nanobody molecule produced by llamas, camels, and other species of the Camelidae family consists of only one protein.

To obtain the nanobodies, the researchers took blood samples from llamas who had received small doses of coronavirus proteins similar to a vaccine. They then sequenced the DNA corresponding to diverse nanobodies produced by the llamas’ immune system and expressed these genes in bacteria to produce large amounts of the nanobodies for lab analysis. Nanobodies that showed desired properties were then selected and further tested to identify those most capable of neutralizing the virus.

The small size of nanobodies allows them to access hard-to-reach spots on the SARS-CoV-2 virus that larger antibodies may be unable to access. It also allows researchers to combine nanobodies capable of hitting different parts of the virus, minimizing its chances of escape.

“One of the most amazing things we observed with the nanobodies is that they show extraordinary synergy,” Chait says. “The combined effect is much greater than the sum of its parts.”

The researchers’ next plan is to test the safety and efficacy of the nanobodies in animal studies.

Besides being small and nimble, nanobodies are also inexpensive to mass-produce in yeast or bacteria. Moreover, they are remarkably stable. The ability of these molecules to withstand high temperatures and long storage times means that they could be developed into a drug accessible in various settings worldwide.