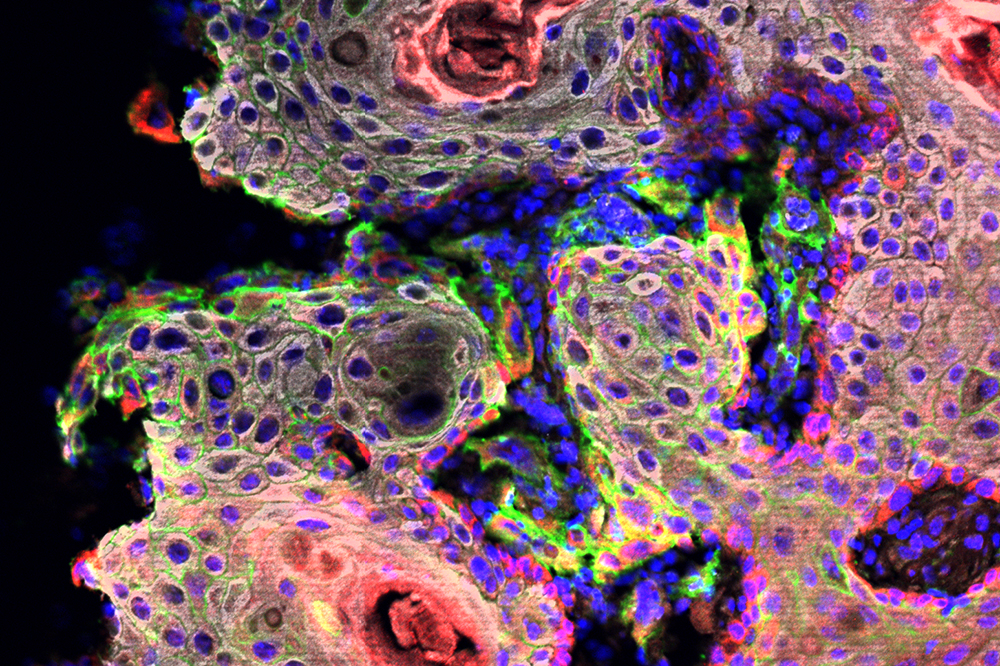 Harnessing the body’s immune system to fight off cancer, a tactic known as immunotherapy, has tremendously improved outcomes for patients. But a lingering problem with immunotherapy, as with many other cancer treatments, is relapse. In many cases the tumor comes back, and doctors don’t know why. Now, research from the lab of Elaine Fuchs, Rockefeller’s Rebecca C. Lancefield Professor, identifies the tumor cells responsible for thwarting the treatment and offers new insights into how they do it.

“Immunotherapy is an exciting advancement in cancer treatment, and a patient’s initial response can be incredibly strong,” says Yuxuan Miao, a postdoctoral associate in the Fuchs lab. “But the relapse rates have been disappointing.”

In a recent study described in Cell, Miao and colleagues generated mice with a type of squamous cell carcinoma cancer that responds well to immunotherapy. Using this model, the researchers discovered that a subset of cancer cells known as tumor-initiating stem cells survive the treatment by producing a molecule called CD80, which sits on the cells’ surface and dampens the effectiveness of the body’s immune cells that would otherwise attack and eradicate the cancer.

Fuchs’ team also identified the molecular switch that triggers these cells to make CD80 in the first place, a protein called TGF beta, suggesting potential new avenues for the improvement of immunotherapy. For example, antibodies blocking TGF beta could potentially be used in combination with conventional immunotherapy drugs to overcome the resistance problem.