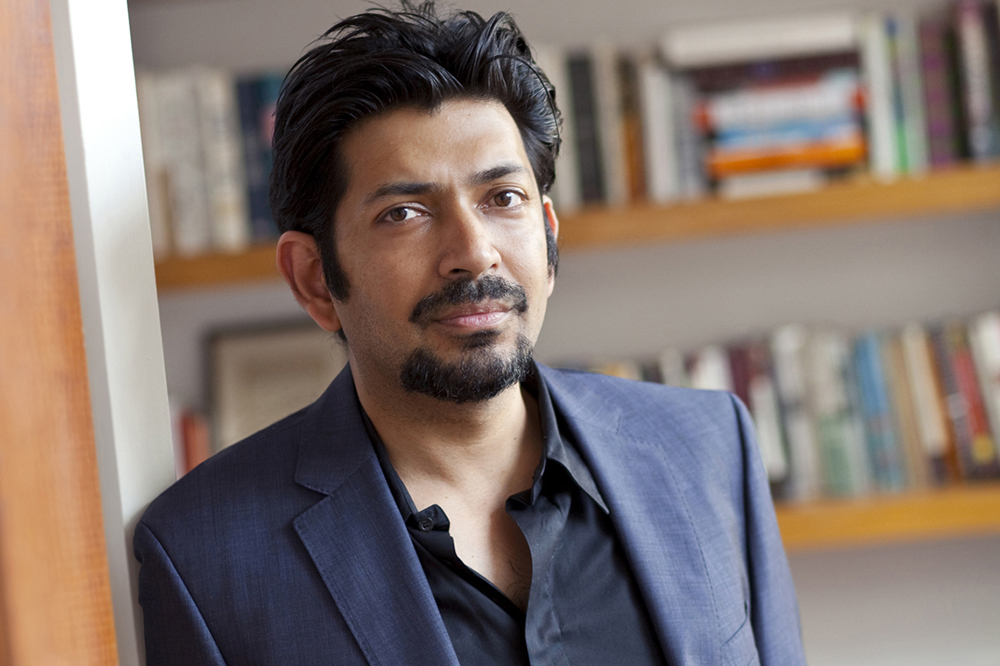 His commitment to demystifying cancer takes multiple expressions. Siddhartha Mukherjee has won acclaim for the sensitive and caring treatment he delivers to his patients, and for his innovative cancer biology research. But what has ultimately made him a household name is his work as a science writer, especially his debut piece chronicling the past, present, and possible future of the disease.

Mukherjee has delighted, informed, and touched a wide audience through his books and essays, for which he will be awarded the 2019 Lewis Thomas Prize for Writing about Science. The prize, honoring scientists as inspirational authors, will be presented Monday, April 22, at a free, public event on The Rockefeller University campus.

In his 2010 book, The Emperor of All Maladies, Mukherjee travels back more than 4,000 years to the first documented mention of cancer, and then explores humanity’s relationship with the disease through the ages and until present time. He traces not only the medical and scientific history of the cancer, but also its cultural meanings and political currency.

“Mukherjee’s willingness and ability to bring cancer to a human level epitomizes the ‘scientist as poet’ spirit of the Lewis Thomas Prize,” says Jesse H. Ausubel, chair of the selection committee. “His clear and engaging writing about science bridges the worldviews of scientists and writers, and brings pivotal scientific discoveries about cancer into the public discourse.”

The committee also noted that The Emperor conveys an immense amount of material while telling the stories of real people—scientists, doctors, and patients—whose journeys move the heart as much as they stimulate the mind. The book has won several other literary awards, including the 2011 Pulitzer Prize for General Nonfiction.

Mukherjee has also written other books, including The Laws of Medicine and The Gene, and is a regular contributor to The New Yorker and The New York Times.

Born and raised in New Delhi, India, Mukherjee first encountered his lifelong interest in cancer at age nine, when a cousin with neck and mouth cancer visited his family home. He earned his undergraduate degree at Stanford University and then attended the University of Oxford as a Rhodes Scholar. He attended Harvard Medical School, and is now on the faculty of Columbia University, where he practices medicine and conducts research. He has made scientific discoveries that hold promise for the development of new treatments for cancers of the blood, as well as for other conditions such as osteoporosis and osteoarthritis.

Register here to attend this year’s event on April 22. A reception will take place at 5:30 p.m., followed by the prize presentation and a lecture at 6:30 p.m.