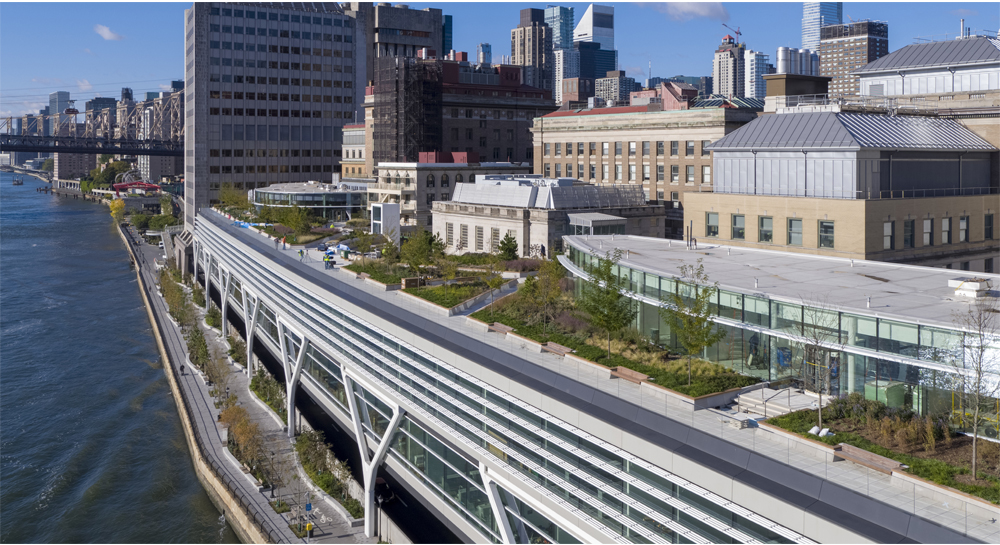 Construction of the Stavros Niarchos Foundation–David Rockefeller River Campus, now nearing completion, was possible thanks to over $340 million in donations. Photo by Halkin Mason.

The university’s current fundraising campaign, which began in 2011 with the goal of raising $940 million to advance Rockefeller science, will close a year ahead of schedule after exceeding its goal by tens of millions of dollars. The Campaign for Transforming Biomedicine, originally conceived with a nine-year lifespan, will instead close at the end of June of 2019 with over $1 billion in donations.

“This campaign has been a stunning success, thanks to our extraordinary benefactors, the outstanding work of the Development Office, and the transformational science in our laboratories,” says Richard P. Lifton, the university’s president. “The most creative scientists are consistently pursuing audacious ideas that can be premature for support by risk-averse federal funding agencies. Philanthropy is critical to seeding the funding of truly transformational research. Moreover, the most productive scientists are chronically underfunded. Philanthropy plays a critical role in advancing our mission of science for the benefit of humanity.”

Among the most visible results of the campaign’s success are the construction of the Stavros Niarchos Foundation–David Rockefeller River Campus, and the nearly two dozen modern laboratories that will be housed within it. Nonetheless, fundraising for this construction accounts for only a third of the funds raised; the remainder goes directly to programmatic support including faculty recruitment, new scientific programs, translational research, cutting-edge technological tools, and support for trainees.

Over the course of the campaign, the university recruited 12 tenure-track faculty and five tenured faculty—with all startup costs paid for by philanthropy. “This represents a fantastic investment in the future of science at our university,” Lifton says.

The Campaign for Transforming Biomedicine, started under the administration of former president Marc Tessier-Lavigne, was developed alongside the 2012 university strategic plan. That plan outlined priorities for the university’s investments in science, infrastructure, personnel, and technology.

“The strategic planning process produced a thoughtful and highly compelling vision for the university that has guided our progress as an institution over the past several years,” says Bill Ford, chair of the university’s Board of Trustees. “It truly resonated with the university’s trustees and donors.”

Among the initiatives that are benefitting from strong fundraising are: 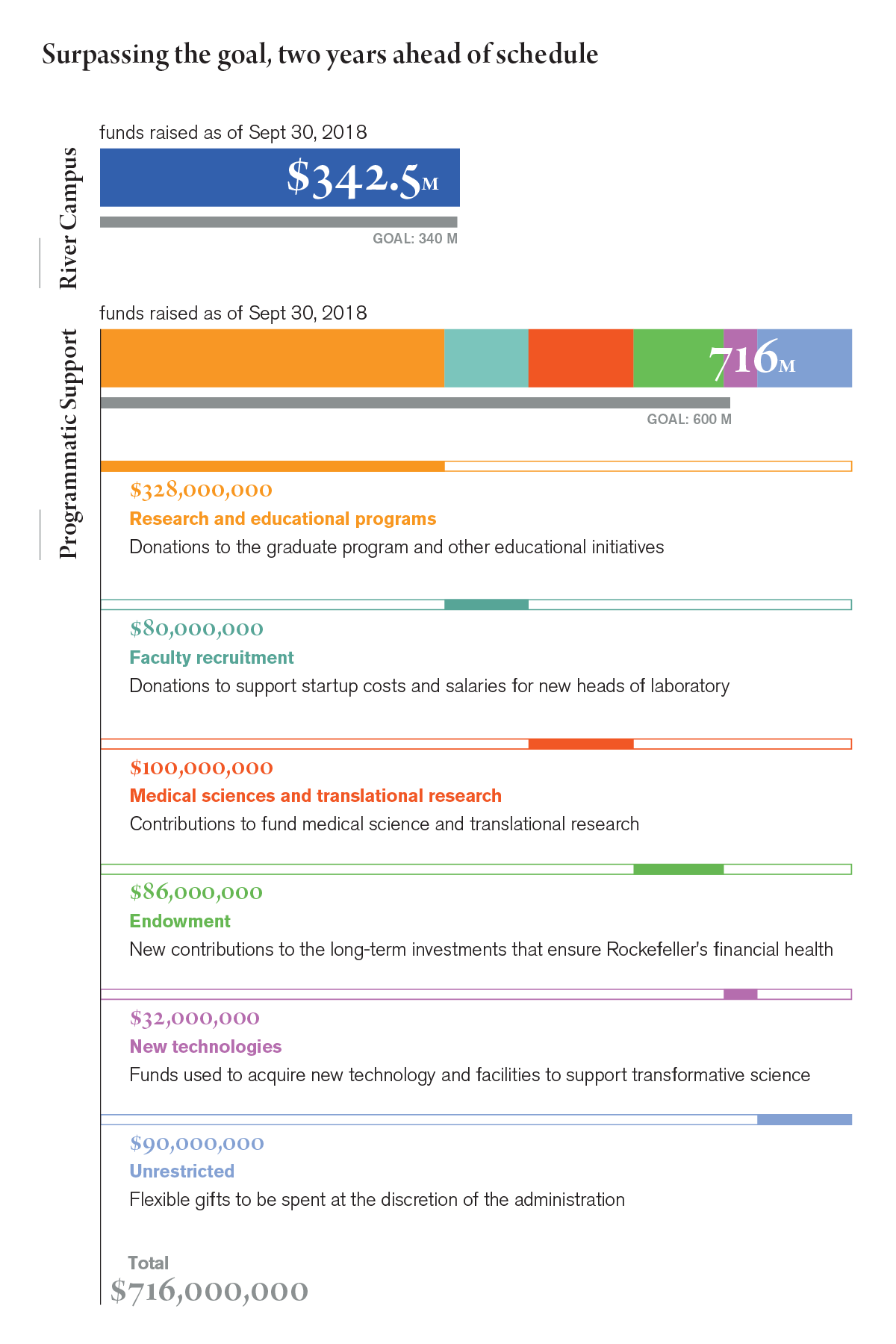 “The success of this campaign is a testament to the generosity of our incredible community of benefactors and the strong engagement of our trustees,” says Marnie Imhoff, senior vice president for development. “Their support ensures that Rockefeller scientists are able to pursue research at the very highest level.  We are also deeply grateful to our incomparable faculty, who give generously of their time to help in our philanthropic outreach.”

The university received major leadership gifts from a wide range of benefactors, including Russell and Judith Carson, Henry and Marie-Josée Kravis, Marlene Hess, Anne T. and Robert M. Bass, Michael and Denise Kellen, Debra and Leon Black, James and Marilyn Simons, the late Marjorie Matheson, the estate of Donald A. Pels, and The Kavli Foundation.

Notably, donations to the campaign have come from supporters with diverse ties to the university and income levels. Trustees contributed more than half of the total, reflecting their close association with the university and its mission. But there have been more than 12,000 donations in all, ranging from just a few dollars to tens of millions. Faculty, staff, and alumni also gave generously. A wonderful gift was received from the late Nobel Laureate Günter Blobel and his wife, Laura Maioglio, and testamentary support was provided by Jules Hirsch, former physician in chief of the Rockefeller Hospital; Peter Model, an emeritus faculty member; Lila Magie, director of faculty administration and corporate secretary to the Board of Trustees; and Alan Fischman, an alumnus and a longtime associate professor of radiology at Massachusetts General Hospital.

The temporary certificate of occupancy from the New York City Department of Buildings is a close-to-last step in the expansion of the university’s campus over the FDR Drive.

A new phase of the project to extend the Rockefeller University’s campus toward the East River begins tomorrow at midnight, when the first of 19 prefabricated sections of the extension’s structural skeleton will be lifted into place over the FDR Drive