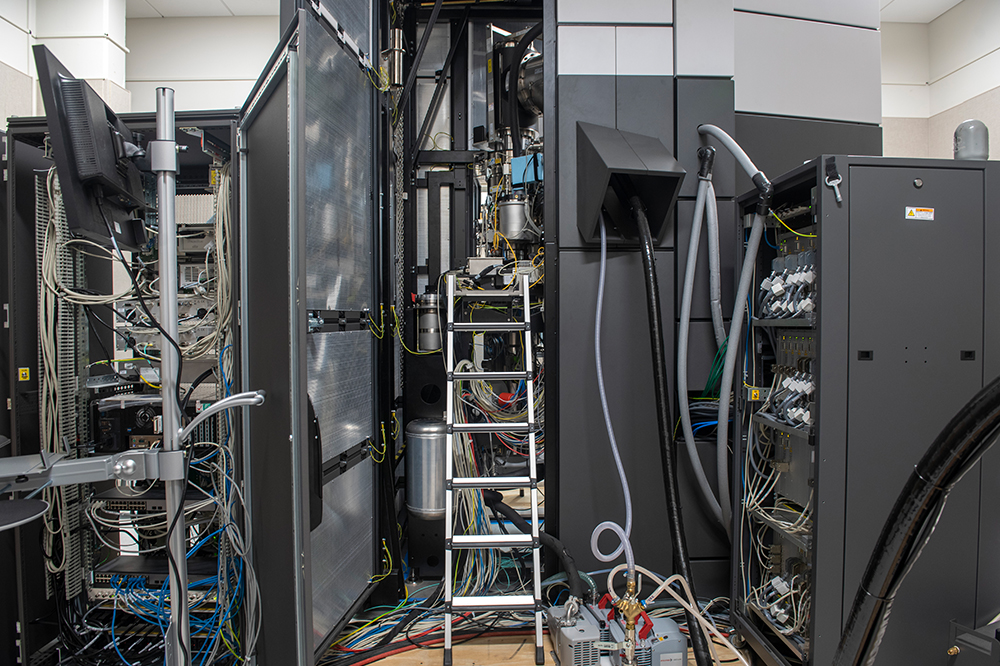 A newly constructed room in the Evelyn Gruss Lipper Cryo-Electron Microscopy Center is full of bolts, boxes, metal frames, ladders, and plastic baggies full of wires and washers. But, by mid-October, Mark Ebrahim, senior staff scientist, will have a new transmission cryo-electron microscope—Rockefeller’s third—up and running.

With this additional unit, Rockefeller researchers will be prepared to sleuth out complicated protein structures in increasingly sophisticated ways. “If you look at the systems we had before, they were like the base model. And the one we just added is fully loaded—it’s got the heated seats, the power windows, all the add-ons,” says Ebrahim.

The existing two cryo-EMs on campus, purchased in 2014, have led to dozens of breakthroughs over the past four years, helping scientists understand the configurations and choreography of a range of previously intractable biological molecules. Some of these molecules are trademarks of deadly diseases, including cystic fibrosis, and are thus important therapeutic targets. The demand for these capabilities has been substantial, and has led to long waits for time on the machines. The new machine, a 300 kV Titan Krios, will increase the center’s capacity and also bring enhanced tomographic capabilities, allowing researchers to see further inside the tangled skein of the most trying proteins.

Another addition is the Gatan image filter (GIF). Known commonly among scientists as the energy filter, it filters out electrons that lost energy and cannot be properly focused, thus enhancing the image contrast. This is particularly important for thick samples such as those studied via tomography.

“The field is increasingly going towards tomography, and this gives us the proper tools to study it,” says Ebrahim. “I think we are going to see a lot of exciting tomographic data come off of this microscope.”

Perhaps most importantly, the new Krios has a faster camera, the K3, which will improve the speed of data collection.

“A lot of our samples are very complex. To sort it all out, we need a lot of data,” says Thomas Walz, head of the Laboratory of Molecular Electron Microscopy. “The new machine has a camera that is faster and has a bigger array, allowing us to collect more data in less time.”