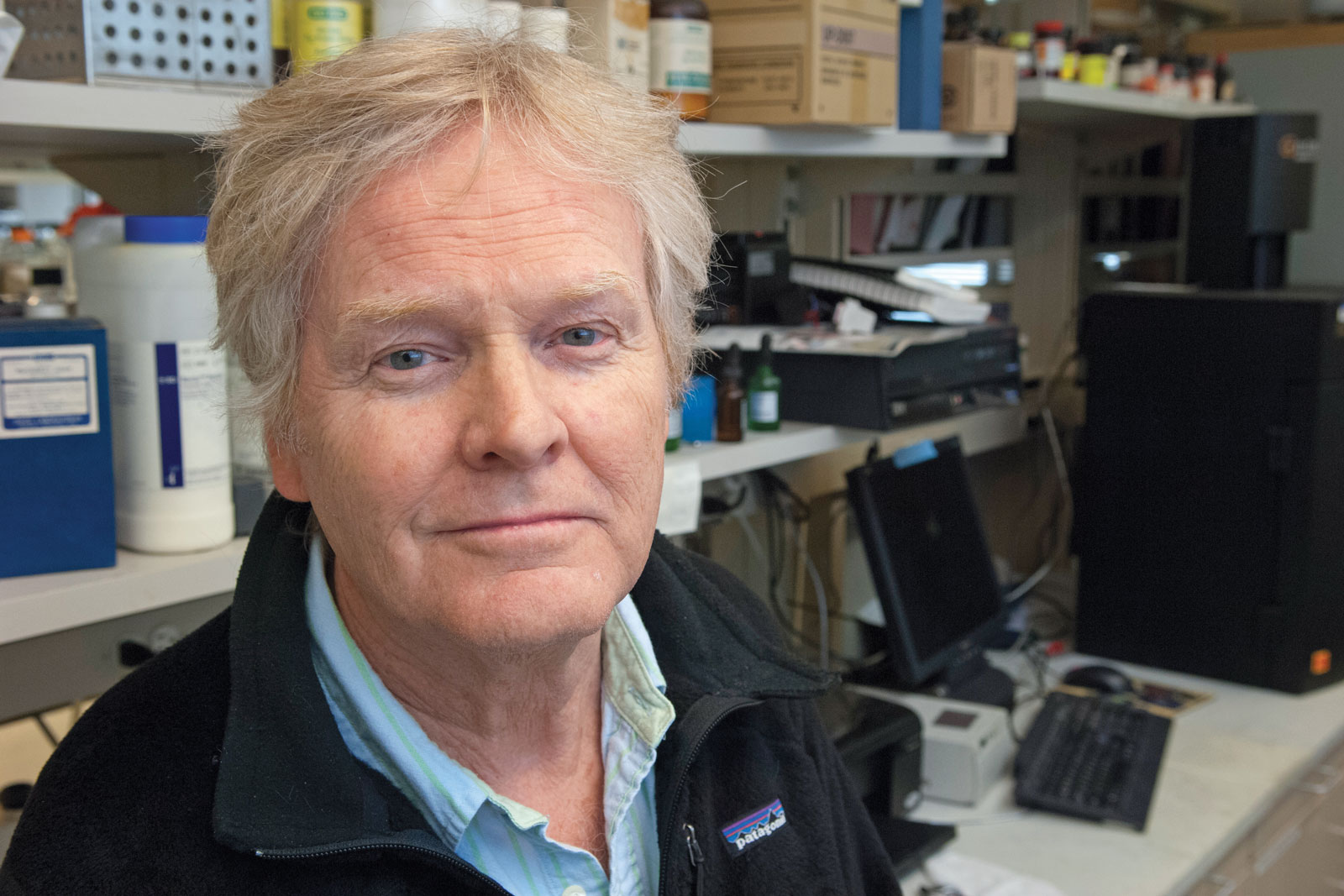 Rockefeller University biologist Michael W. Young, who discovered the molecular mechanism of circadian rhythm, which governs biological clocks that regulate sleep, eating behavior, and metabolism, is this year’s recipient of the Nobel Prize in Physiology or Medicine, the Nobel Foundation in Stockholm, Sweden, announced today. He shares the prize with Jeffrey C. Hall and Michael Rosbash of Brandeis University.

Young used genetics to identify gene mutations that disrupt the ability of the fruit fly Drosophila melanogaster to appropriately modulate its internal clock in response to a changing environment, and went on to define their biochemical mechanisms. This clock found in fruit flies proves to be conserved throughout the animal kingdom, and provides insight into how the brain translates environmental cues into altered behavior. His work has direct implications for understanding human sleep disorders, the mechanisms of jet lag, and the challenges of working on the night shift.

Young’s lab is currently working to assess how rhythmic gene and protein activities are established in cells derived from patients with sleep and depressive disorders. Among other discoveries, this work recently identified a common mutation that slows the human biological clock. People with the “night owl” variant of this gene have a long circadian cycle, making it challenging for them to stay on a normal 24-hour cycle.

“I am delighted that the Nobel Foundation has chosen to honor Mike for his pioneering work on circadian rhythm,” says Richard P. Lifton, Rockefeller University’s president. “The discoveries made by Mike and his colleagues have provided fundamental insight into the molecular mechanisms by which the brain responds to environmental cues, a profound advance. The Nobel Prize is the pinnacle of scientific recognition, and I can think of no one more deserving than Mike to receive this award.”

Young, Richard and Jeanne Fisher Professor and head of the Laboratory of Genetics, is the 25th scientist associated with Rockefeller University to be honored with the Nobel Prize. In addition to Young, five other Nobel Prize winners are current members of the Rockefeller faculty: Roderick MacKinnon (2003), Paul Nurse (2001), Paul Greengard (2000), Günter Blobel (1999), and Torsten Wiesel (1981).

Young received his undergraduate degree in biology in 1971 and his Ph.D. in genetics in 1975, both from The University of Texas at Austin. Following postdoctoral work in biochemistry at the Stanford University School of Medicine, he was appointed assistant professor at Rockefeller in 1978 as part of The Rockefeller University Fellows Program. Young was named associate professor in 1984 and professor in 1988, and in 2004 he was appointed the university’s vice president for academic affairs and Richard and Jeanne Fisher Professor.

Young was an investigator at the Howard Hughes Medical Institute from 1987 to 1996. He is a member of the National Academy of Sciences and a fellow of the American Academy of Microbiology. Young is a recipient of the 2013 Shaw Prize in Life Science and Medicine, the 2013 Wiley Prize in Biomedical Sciences, the 2012 Massry Prize, the 2012 Canada Gairdner International Award, the 2011 Louisa Gross Horwitz Prize, and the 2009 Peter and Patricia Gruber Foundation Neuroscience Prize.

Scientists have discovered a common mutation that might explain why some people have trouble going to sleep at night and getting up early. The gene alteration slows the internal biological clock that regulates our sleeping patterns.

On the surface, it’s simple: when night falls, our bodies get sleepy. But behind the scenes, a series of complex molecular events, controlled by our genes, is hard at work to make us groggy. Now, research suggests that a newly identified gene known as insomniac may play a role in keeping…...

Just as a pocket watch requires a complex system of gears and springs to keep it ticking precisely, individual cells have a network of proteins and genes that maintain their own internal clock—a daily rhythm that, in humans, regulates metabolism, cell division and hormone production, as well as the wake-sleep…...

Light sets the circadian rhythm by eliminating a key protein needed for the molecular mechanism of the body's clock, according to scientists in the March 22 Science. The findings, from fruit fly studies, may help explain light's effect on the daily cycle that influences sleep, mental alertness, pain sensitivity and temperature…...

2017 Nobel Prize in Physiology or Medicine

A press conference was held with Michael W. Young at 10 a.m. Eastern on October 2, 2017. Full video of the event is available below the article.