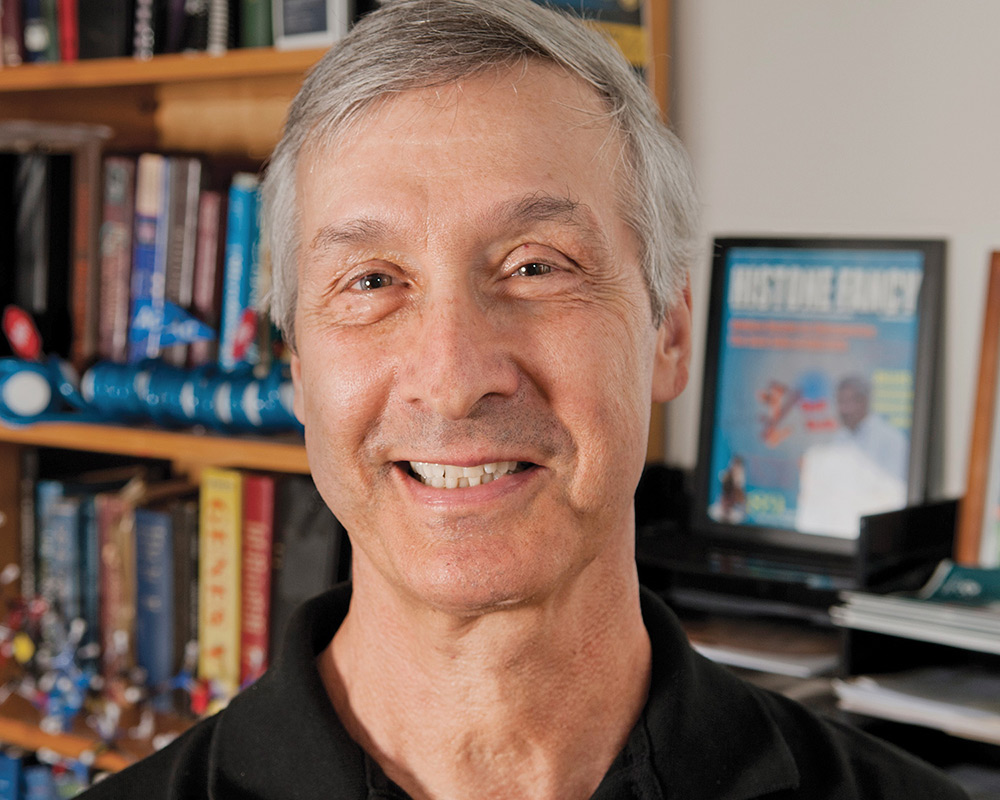 C. David Allis has been honored with the 2017 March of Dimes and Richard B. Johnston, Jr., MD Prize in Developmental Biology. Allis receives the award for his pioneering work on epigenetics, the study of physical modifications of a cell’s genetic material that play a critical role in gene expression. He presented the March of Dimes Prize Lecture on May 8 at the 2017 Pediatric Academic Societies Meeting.

Allis’s work centers on chromatin, a molecular aggregate consisting of DNA and the proteins that package it. He discovered that how tightly the chromatin is packaged within cells determines whether certain genes are activated or silenced—a concept that has profound implications for our understanding of human biology and disease. Epigenetic errors have been associated with a wide variety of disorders, including birth defects and cancer. In recent years, Allis, who is Joy and Jack Fishman Professor at Rockefeller, has helped illuminate the cellular processes that drive several types of cancer, and has worked together with clinicians to inform the development of new therapies.

The $250,000 March of Dimes Prize, established by a nonprofit organization that works to improve the health of babies, recognizes investigators whose research offers hope for the prevention and treatment of serious birth defects and other human diseases. It was awarded to another Rockefeller scientist, Elaine Fuchs, in 2012.

Allis studies the role of DNA packaging proteins in gene expression and DNA replication and repair.