Methadone, the first pharmacological treatment for heroin addiction, was pioneered 50 years ago by Rockefeller University’s Mary Jeanne Kreek and her colleagues. Since then the drug, which is widely used in treatment programs across the globe, has saved countless lives and allowed millions of heroin users to transition into normal lives. 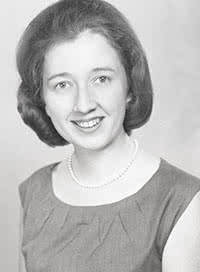 Mary Jeanne Kreek in 1967, shortly after her landmark discovery of methadone maintenance therapy. (Courtesy of the Rockefeller Archive Center)

Yet in the United States, where medical treatment of addiction is controversial, the drug’s use has remained limited even as deaths due to heroin-related overdoses have surged to expose a towering public health problem. Kreek’s career, spanning more than six decades, has not only led to medical treatments for various diseases of addiction, but has taught us much about the molecular and genetic underpinnings of drug cravings. In addition, she has been championing the implementation of drug treatment programs worldwide.

“Addictions are diseases, they are diseases of the brain,” says Kreek. “They are not criminal behaviors, and they are not weaknesses. They however do respond to treatments—and it’s unfortunate that we have tools available to treat opiate addiction, but we’re not using them.”

The story of methadone has long been closely tied to stigmas associated with drug addiction. In the 1960s, many people viewed addiction as a criminal behavior due to weak self-control or a personality disorder.

Kreek was recruited to Rockefeller by former professor and clinician Vincent Dole, along with psychiatrist Marie Nyswander. The three researchers interviewed hundreds of heroin users and eventually hypothesized that addiction is a metabolic disorder, one in which addicts’ brains are functionally altered and treatment without medication has limits.

Originally synthesized with the hopes of developing a painkiller for wartime casualties, methadone had been used for very short-term detoxification in a few clinics, but its method of action or potential to treat addiction was not well understood. Kreek and her colleagues began conducting clinical research to develop a treatment for heroin using methadone, and their landmark paper detailing this research was published in 1966.

These early studies revealed that methadone relieves addicts’ cravings and prevents withdrawal symptoms. The findings also showed that methadone, despite being chemically similar to heroin, didn’t produce the type of euphoria patients had experienced on heroin. What was even more encouraging was that methadone seemed to prevent addicts from feeling “high” when getting an injection.

In the early 1970s, Kreek developed the first analytical techniques for measuring methadone and other similar drugs in blood and tissues (pharmacologist Charles Inturrisi independently developed similar techniques at Cornell University). She and her colleagues were then able to determine that methadone lasts long enough in the body to only require one dose per day. She also planned long-term prospective studies of the physiological effects and medical safety of methadone maintenance.

These investigations were crucial to the Food and Drug Administration’s approval of methadone as a treatment component for addiction to heroin and other opiates, in 1973.

Today 1.3 million people around the world are on methadone maintenance therapy. Kreek has been dedicated to spreading the use of the therapy, traveling from Sweden to Hong Kong and mainland China to help in its implementation. In the United States, however, “less than 10 percent of people in need of such treatment are currently receiving it,” Kreek says.

She has also been involved in developing and getting approval for a second medication called buprenorphine, which acts on the same receptor as methadone. Combining buprenorphine with a medication called naloxone helps to reduce the risks that people misuse the drug or self-administer it intravenously. There are currently fewer than 50,000 people in buprenorphine-naloxone treatment in the United States.

“There’s stigma throughout our nation, where abstinence-based therapies continue to dominate, primarily for ideological reasons,” says Kreek, referring to treatments that rely solely on nonmedical interventions. One of the reasons pharmacological treatments have been stigmatized, Kreek says, is a concern that they do little but substitute one drug for another drug, and essentially keep patients “addicted” to a substance.

But the majority of the scientists disagree with this notion. Many argue that abstinence-based treatment simply doesn’t work for most opiate addicts, as more than 90 percent of patients relapse. Those given medications such as methadone, however, tend to stay in treatment longer and have lower relapse rates.

“We develop dependence on many medications,” says Kreek. “With most of our psychotropics, many of the cardiovascular drugs—you have to back off slowly, you can’t just stop them without having withdrawal.”

The same is true for methadone, she says. The brain changes once it has been exposed to heroin, and the medication helps to gradually normalize it back to its original state, reducing behaviors like drug craving and drug seeking.

Since her research on methadone, Kreek has sought to understand the biological underpinnings of addictions to substances such as cocaine, alcohol, and cannabinoids, with a focus on genetics. For example, her lab has identified over 100 specific, small changes in DNA code associated with opiate addiction, and has found that several of them are also associated with atypical responses to stress, which Kreek thinks may contribute to the propensity to become addicted.

“It’s an exciting time as we’re learning more and more about how the brain changes in response to different drugs of abuse,” says Kreek. “Primarily, we’re exploring how gene expression is affected and how neural pathways change, which is really quite different for each drug.”

There is no longer any doubt that drug addiction boils down to neurobiology, Kreek says, and she remains optimistic even though the use of medication to treat it still faces many hurdles. “It’s one step at a time,” Kreek says. “One hundred years ago, cancer was considered evil and dirty. It meant something was wrong with your family—people didn’t want to admit they had it. So, we have had stigmas before and they’re not easy to overcome. But the science helps immensely to convince people of the reality of the situation.”