Jean-Laurent Casanova, professor and head of the St. Giles Laboratory of Human Genetics of Infectious Diseases, is the recipient of the 2016 Stanley J. Korsmeyer Award for his work investigating the genetic basis of pediatric infectious diseases. The award, given by the American Society for Clinical Investigation, recognizes Casanova for discovering that vulnerability to life-threatening infectious diseases in otherwise healthy children and young adults can arise from single-gene inborn errors.

Casanova, who is also senior attending physician at The Rockefeller University Hospital and an investigator with the Howard Hughes Medical Institute, will receive a $20,000 grant and present an award lecture at the society’s annual meeting in April. 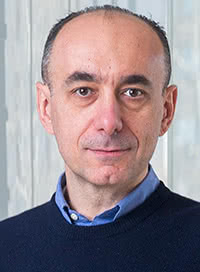 Founded in 1908, the American Society for Clinical Investigation is a nonprofit honor society of physician-scientists who have made major contributions to the understanding of human disease. The award is named after its first recipient, oncologist Stanley J. Korsmeyer, whose findings shed light on the significant role that the dysregulation of apoptosis, or cell death, plays in disease. The annual Korsmeyer Award is given to members of the society who have advanced knowledge in a specific field and who have mentored young life science researchers. Casanova was elected to the society in 2008.

Casanova and his colleagues discovered “holes” in the immune systems of otherwise healthy children that make them susceptible to certain infectious diseases. These holes are caused by congenital mutations in a single gene and are responsible for severe and selective vulnerability to illnesses including tuberculosis, pneumococcal disease, herpes simplex, encephalitis, and Candida infection.

This discovery has far-reaching clinical implications for patients, such as the possibility for genetic counseling as well as the creation of targeted therapies to restore the deficient immune response.

Casanova received his M.D. from Paris Descartes University and his Ph.D. in immunology from Pierre and Marie Curie University in Paris. While a professor of pediatrics at the Necker Hospital in Paris, he cofounded the Laboratory of Human Genetics of Infectious Diseases with his colleague Laurent Abel. Casanova joined Rockefeller in 2008 and is the recipient of numerous awards, including the E. Mead Johnson Award from the Society for Pediatric Research in 2010 and the Robert Koch Award in 2014. In 2015, he was elected both as a foreign associate of the National Academy of Sciences and to the U.S. National Academy of Medicine.