Anna Ryba is a PhD student in Vanessa Ruta’s lab interested in how evolution shapes the way animals sense and interpret their world. She studies a simple taste pathway shared among many species of fruit fly to understand how differences in the brains of these tiny animals give rise to species-specific taste preferences. Outside of lab she loves running, gardening, and baking really mediocre cakes.

Josue Regalado studies the brain processes that facilitate learning and memory as a PhD student in Priya Rajasethupathy’s lab. He trains mice in virtual reality tasks and studies how they learn to discriminate between two separate contexts. Outside of the lab, he enjoys reading philosophy, playing guitar, and hanging out with his cats.

Yael Tsitohay is fascinated by how the brain generates and controls complex behaviors. For her PhD in the Vosshall lab, she is exploring the mechanisms that regulate mosquito blood-feeding, a behavior responsible for transmitting various diseases worldwide. Outside of lab, she enjoys drawing/painting and loves to karaoke with friends.

Elena Waidmann is a PhD student in Erich Jarvis’s lab studying the neural and genetic mechanisms underlying mouse vocalizations. She is interested in learning about how the cortex helps modulate complex motor output, and about what genetic specializations allow some mice to have more complex song than others. Outside of the lab, she loves running, biking, reading, and painting watercolors. 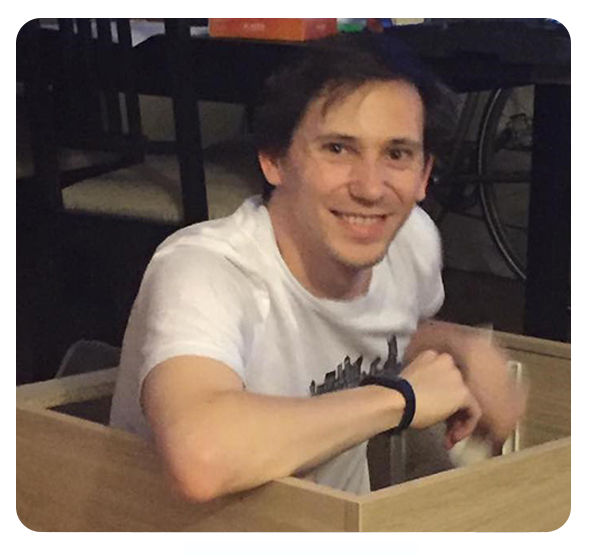 César Vargas has always been interested in animal behavior, particularly how animals (and humans!) produce an action. As a PhD student in Erich Jarvis’ lab, he is studying how mice vocalize to talk to each other. Outside the lab you’ll most likely find him rock climbing or on the search for new restaurants in the city. 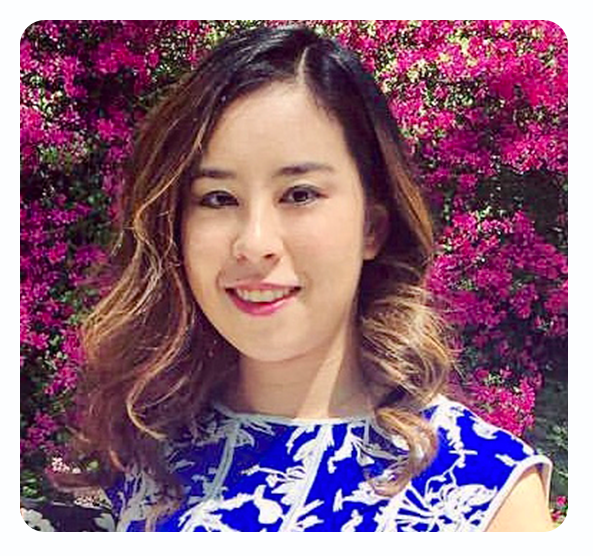 Caitlin Gilbert is a PhD student in Erich Jarvis’ lab, which uses zebra finches to study how language is acquired and specialized in the brain. She studies how epigenetic patterns in the bird brain allow them to sing and how similar patterns in the human brain allow us to communicate with each other. Outside of lab, Caitlin is writing fiction, scoring films, playing piano, eating ramen, drinking bubble tea, or telling people about said ramen/bubble tea. 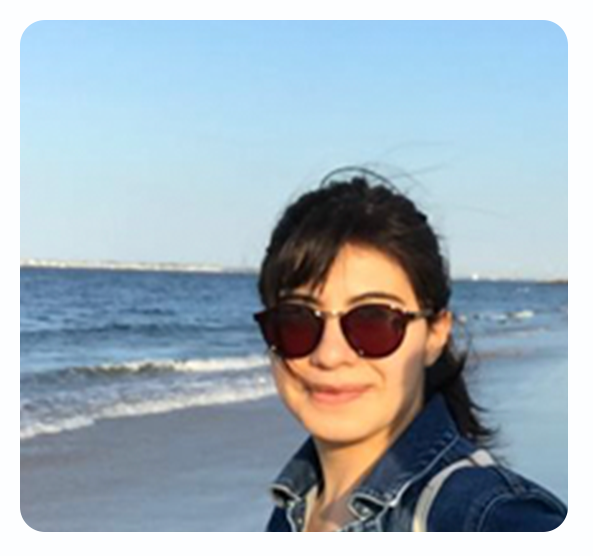 Itzel Ishida studies insect spatial behavior in Gaby Maimon’s lab. As a PhD student, she gets to spend most of her time watching fruit flies “dance” in circles after eating a tiny drop of sugar. Similar to the dancing fly, she enjoys finding great food in the city, as well as reading fiction, watching movies, and inventing new recipes. 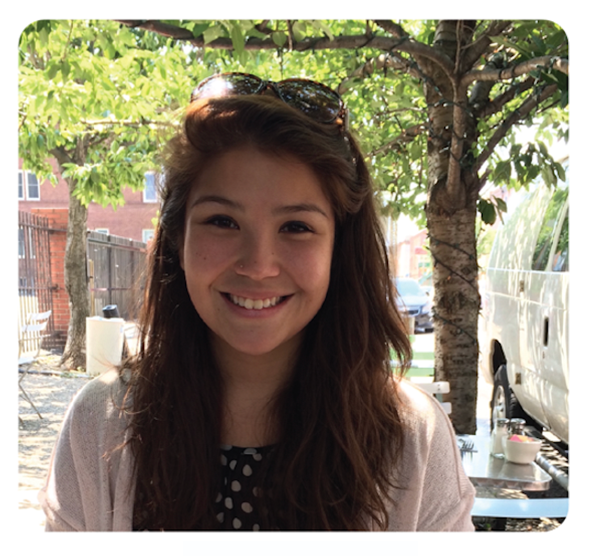 Amy Dunn is a PhD student in Dr. Mary Jeanne Kreek’s lab studying addictive diseases. She studies the effects of different drugs of abuse on signaling in cells. When she’s not playing with mice in lab, you can find Amy reading a good book or traveling with friends. 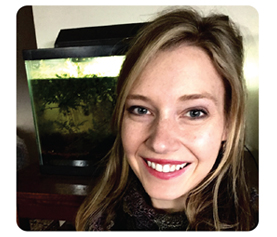 Annie Handler has always been fascinated with how animals make sense of the world around them. She is a graduate student in the Ruta Lab studying the fruit fly’s brain to understand how these tiny animals learn and retain memories about different smells. When out and about in NYC she enjoys photography, playing piano, and taking her dog on strolls in the park. 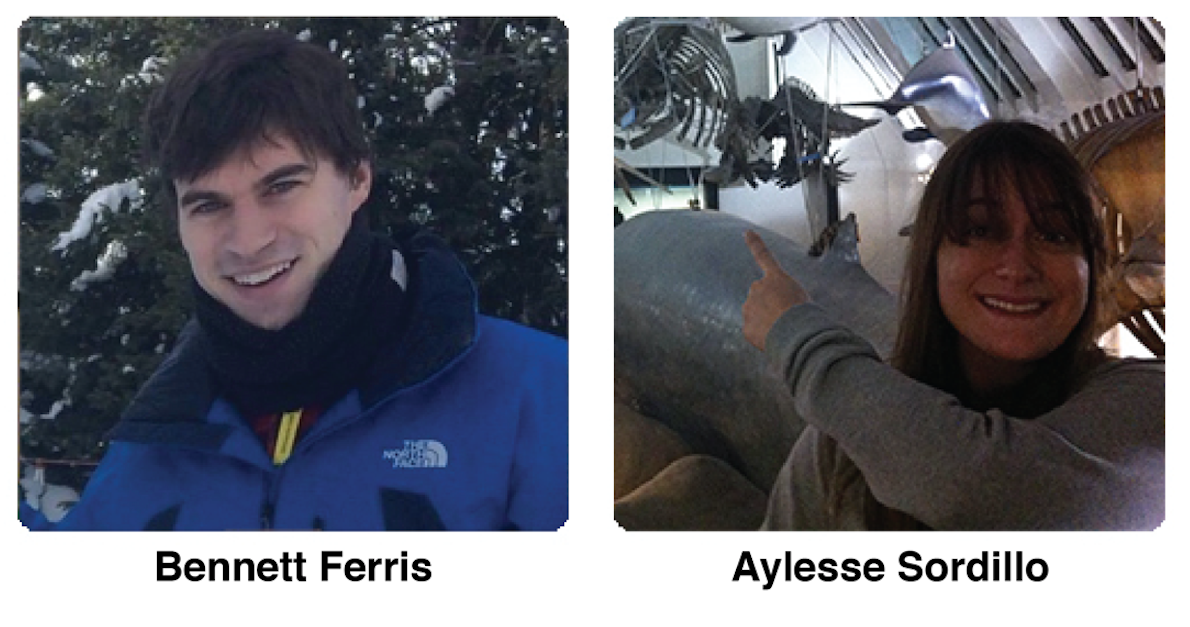 Bennett Ferris is a PhD student in the Maimon Laboratory of Integrative Brain Function. There he studies cells in the brain of the fruit fly that underlie spontaneous behavior. In his spare time, Bennett enjoys improv comedy and skiing.

Aylesse Sordillo is a PhD student in Cori Bargmann’s lab and is studying how neuromodulators shape neural circuits and ultimately change behavioral states. Originally from the Boston area, she has called New York City home since moving here for college in 2006. If not in lab, Aylesse is likely riding her bike, at an electronic music concert somewhere in Brooklyn, or at brunch.

Laura Seeholzer is a PhD student in Vanessa Ruta’s lab studying how brains encode species-specific behaviors. She grew up in Philadelphia, went to Cornell, then moved to New York after college. While most days are spent playing with fly brains, you can also catch her running laps around central park and attempting to pet other people’s dogs.

Raphael (Raffi) Cohn is a PhD student in the Ruta Laboratory of Neurophysiology and Behavior. He studies circuits in the brain of the fruit fly that are responsible for learning and memory. When he’s not in the lab, you can find Raffi out on the tennis court or doing some artwork. 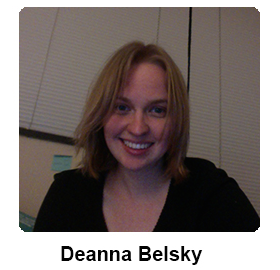 Deanna Belsky is a member of the Tessier-Lavigne Laboratory which works on how the nervous system becomes wired and repaired upon injury. She specifically works on a disease that is specific to motor neuron degeneration called Lou Gehrig’s disease. Outside of lab, Deanna loves to dance tango, play the piano, and sing.

Roman Corfas is a PhD student in the Vosshall Laboratory of Neurogenetics and Behavior. He studies the molecular and neuronal basis of heat-seeking in mosquitoes. He hails from Argentina, Israel, and Boston, and studied at Oberlin College in Ohio. Outside of the lab, Roman enjoys strumming guitar and reading history books.

Kate Leitch has always loved animals – she spent her childhood summers in Michigan catching frogs and fish just so she could get a closer look. The question of how animals sense their worlds began to haunt her when she learned that some insects can see colors that humans cannot! Now, as a PhD student in Jim Hudspeth’s Laboratory of Sensory Neuroscience, she focuses on the evolution of hearing systems. Outside the lab, she draws, bakes cakes, hikes in upstate NY, hangs out with friends, and does yoga.

Lindsay Bellani is a PhD student in the Vosshall Laboratory of Neurogenetics and Behavior at Rockefeller. In the lab, she is trying to answer the age-old question: “Why do mosquitoes bite some people more than others?” Lindsay grew up just outside of Pittsburgh, Pennsylvania (Go Steelers!) and then traveled to the University of North Carolina at Chapel Hill (Go Tar Heels!) for college. In her spare time, Lindsay is attempting to learn Spanish and enjoys baking delicious treats. 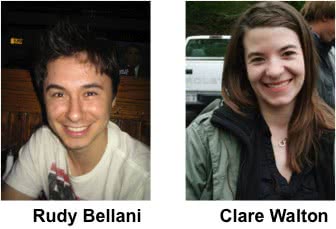 Rudy Bellani received a PhD from Rockefeller in April 2012. In the Nottebohm lab, he studied how the song of birds comes under the control of one brain hemisphere. He collect brains (his coolest one is a baby squirrel brain) and bird nests (he has an AWESOME bananaquit nest from Tobago). He says he’d have a lot more collections of weird stuff but his wife wisely set a limit of two things at any one time. Wish him luck–his shin-splint prone legs will need it! In his spare time, he’s trying to teach himself economics with a particular focus on how economic forces have shaped history and morality. He is currently working at McKinsey & Company as a management consultant specializing in organization and strategy which is awesome fun.

Clare Walton received a PhD from Rockefeller in June 2011, studying cellular neuroscience. She used a sociable species of bird, the zebra finch, to look at the regeneration of song neurons- the brain cells that control singing. In addition to starting and running the SNP with Rudy for 3 years, she taught amazingly fun science on the Biobus and science writing at the American Museum of Natural History. Clare has recently returned to her native home of London, England, where she is working as a science communicator for The Stroke Association, a national charity combating stroke in the UK.