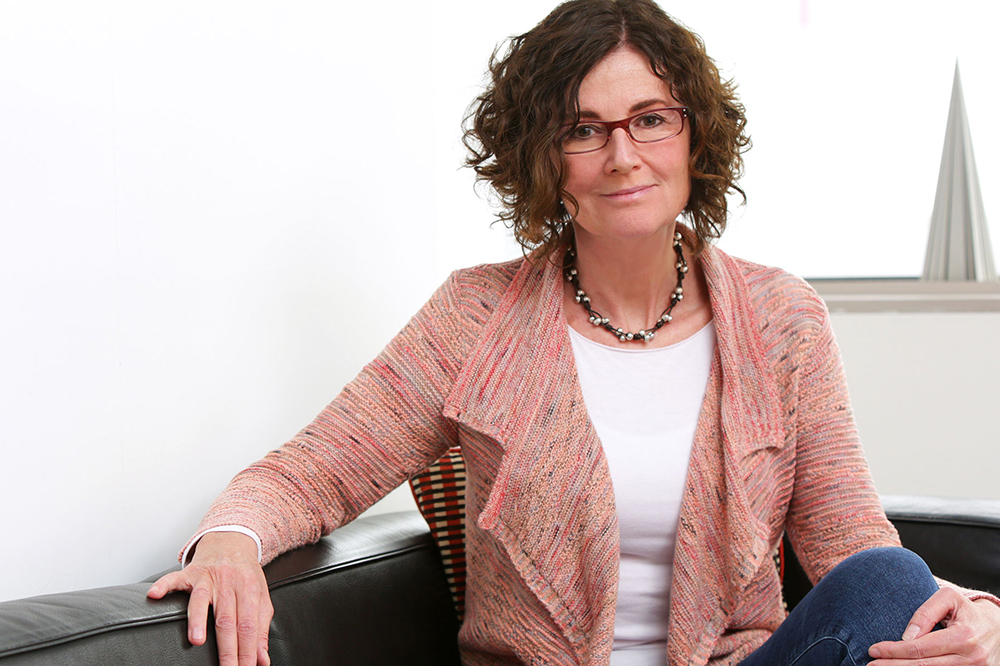 Titia de Lange, Leon Hess Professor and head of the Laboratory of Cell Biology and Genetics, and director of Rockefeller’s Anderson Center for Cancer Research, has been elected a foreign member of the Royal Society, the United Kingdom’s academy of sciences.

de Lange is being recognized for her discoveries involving telomeres, elements at the ends of chromosomes that protect genetic material during cell division. Specifically, de Lange studies how telomeres themselves are protected from degradation. Her discoveries have furthered an understanding of the normal lives of cells and have revealed the role of telomere maintenance in the aging process and the development of diseases such as cancer.

Telomeres naturally shorten when cells divide, eventually halting cell division when the telomere reserve is depleted. But they may also degrade due to unintended damage from cellular responses that mistake the chromosome ends for DNA breaks in need of repair. One of the de Lange lab’s major milestones was the discovery of the shelterin, a six-subunit protein complex that binds to telomeres and suppresses several DNA damage response pathways. Studying the mechanisms by which each shelterin subunit inhibits its designated pathway, the group discovered the T-loop, in which the single-stranded DNA of one of the doubled DNA strands at the chromosome end folds back and invades the double-stranded telomeric DNA repeat to “hide” the free end from the DNA damage response.

The shortening of telomeres during cell division is kept in check by telomerase, an enzyme that adds back telomere repeats. Defects in this maintenance result in short telomeres and premature death of stem cells that replicate frequently, such as those that give rise to all the cell types in blood. On the other hand, it had been hypothesized that cells with very long telomeres could be unusually long-lived and therefore prone to accumulating mutations over time that will increase risk of cancer.

Recently, de Lange and her team provided the first evidence for the link between long telomeres and increased risk of cancer. Analyzing mutations in families with multiple cancer occurrences, they found that loss of one copy of TINF2, the gene that encodes a component of the shelterin complex, results in cells with exceptionally long telomeres. The findings suggest that telomere shortening helps prevent cancer in humans, likely because of its power to curtail cell division.

Founded in 1660, the Royal Society elects outstanding scientists to its membership to recognize scientific excellence and promote science education and the role of science as a public good. de Lange is one of more than 60 exceptional scientists from around the world elected Fellows and Foreign Members of the Royal Society this year.

In addition to this new honor, de Lange has received a Lewis S. Rosenstiel Award, a Canada Gairdner International Award, a Breakthrough Prize in Life Sciences, the Vilcek Prize, election to the American Academy of Arts and Sciences, and many others.