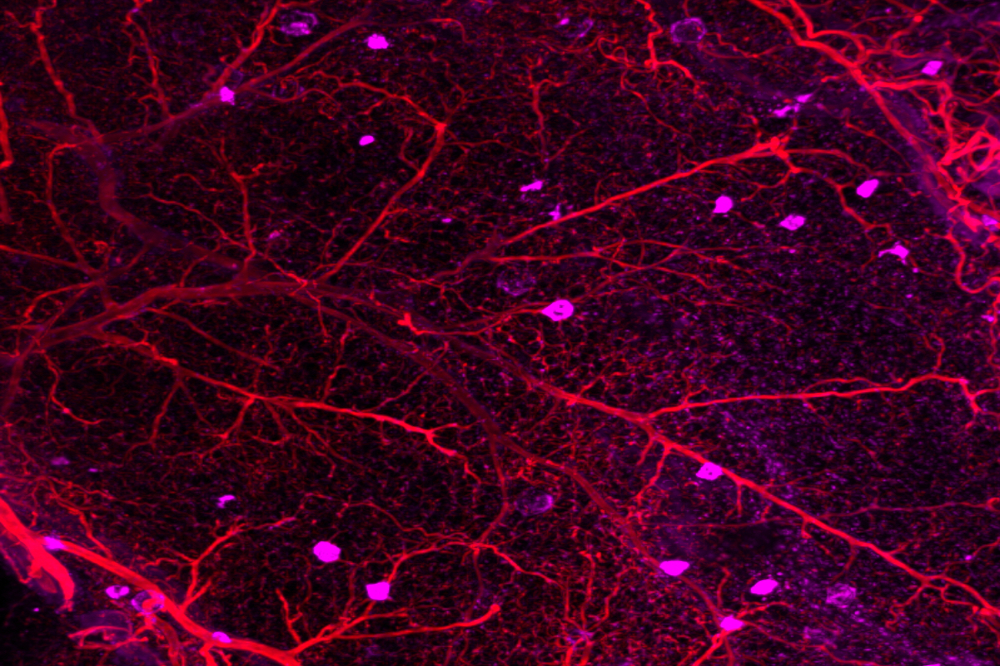 Radiation therapy may be to blame. A new study finds that childhood cancer patients who were treated with abdominal or total body irradiation grow up to display abnormalities in their adipose (fat) tissue, similar to those found in obese individuals with cardiometabolic disease. The findings, published in JCI Insight, suggest that it may be necessary to find strategies that reduce the radiation dose delivered to fat.

“When physicians are planning radiation therapy, they are very conscious of toxicity to major organs. But fat is often not considered,” says Rockefeller’s Paul Cohen. “Our results imply that the early exposure of fat cells to radiation may cause long-term dysfunction in the adipose tissue that puts childhood cancer survivors at higher risk of cardiometabolic disease.”

Beyond a bag of cells

Children with cancer are more likely to survive into adulthood than ever before. More than 80 percent of cancer patients under the age of 18 are still alive one year after an initial diagnosis. But their life expectancies remain stubbornly low, largely because many survivors go on to develop cardiometabolic disease. Studies suggest that, among those treated with radiation therapy, the risk of cardiac death is seven times higher than that of the general population.

Cohen, a Rockefeller physician-scientist with a joint appointment as a cardiologist at Memorial Sloan Kettering Cancer Center, wondered why. “While seeing patients, I kept returning to this distinct group of childhood cancer survivors who were developing cardiometabolic disease at younger ages than expected, in the absence of typical risk factors like obesity,” he says.

He suspected that damaged fat played a role. Recent work by Cohen’s lab and others had highlighted the importance of fat as an endocrine organ that helps regulate metabolism. “People once viewed fat as this passive bag of cells,” Cohen says. “We now appreciate that fat, with its constellation of immune cells and nerve projections, is much more than that. It’s a complex and dynamic organ.”

And like any other organ, fat may be vulnerable to radiation damage—with similarly dire consequences. “Although adipose tissue is found throughout the body and has many physiologic functions, it is not considered an ‘organ at risk’ when radiation oncologists make their treatment plans, and thus can receive high doses that likely disrupt its normal function,” says Xiaojing Huang, a postdoc in Cohen’s lab and first author on the study.

Cohen, Huang and a team of biostatisticians and nurses at The Rockefeller University Hospital began investigating a potential link between radiation therapy in children and the mysterious metabolic diseases that follow them into adulthood.

For the study, Cohen and colleagues took biopsies from a small group of adults who had survived childhood cancer after being treated with total body or abdominal radiation therapy.

The volunteers were otherwise at low risk of metabolic disease, with normal BMIs and waist-to-hip ratios. Yet the data indicated their fat tissue was brimming with immune cells known as macrophages and contained several proteins involved in the body’s response to chronic injury. This sort of molecular profile is what Cohen expected to find among elderly, obese patients, not healthy, young cancer survivors who had received clean bills of health years ago. And their bodies were already displaying the subtle indicators of brewing metabolic disease, such as rising blood sugar.

“We specifically selected younger people with normal BMI, and yet the signature that we found matches that of people who were much older and obese,” Cohen says. “Radiation has been said to induce premature aging, and that’s consistent with what we saw here.”

Cohen cautions against drawing conclusions about causality from the study, but he hopes that documenting the association between childhood radiation exposure and fat tissue damage may open the door for further experiments. His lab is currently developing a mouse model to better study the cellular and molecular consequences of radiation, work that might lead to a better understanding of any underlying disease pathways. Cohen also raises the possibility that a larger study may uncover consistent molecular markers to indicate which childhood cancer survivors are at the greatest risk of developing cardiometabolic disease.

In the meantime, he hopes that the present findings will alert physicians to the importance of fat, and the need to protect it. “Nothing is going to change overnight,” Cohen says. “But these early findings may draw a clinician’s attention to the fact that adipose tissue can be affected by radiation, and that those effects could cause problems for their patients decades later.”