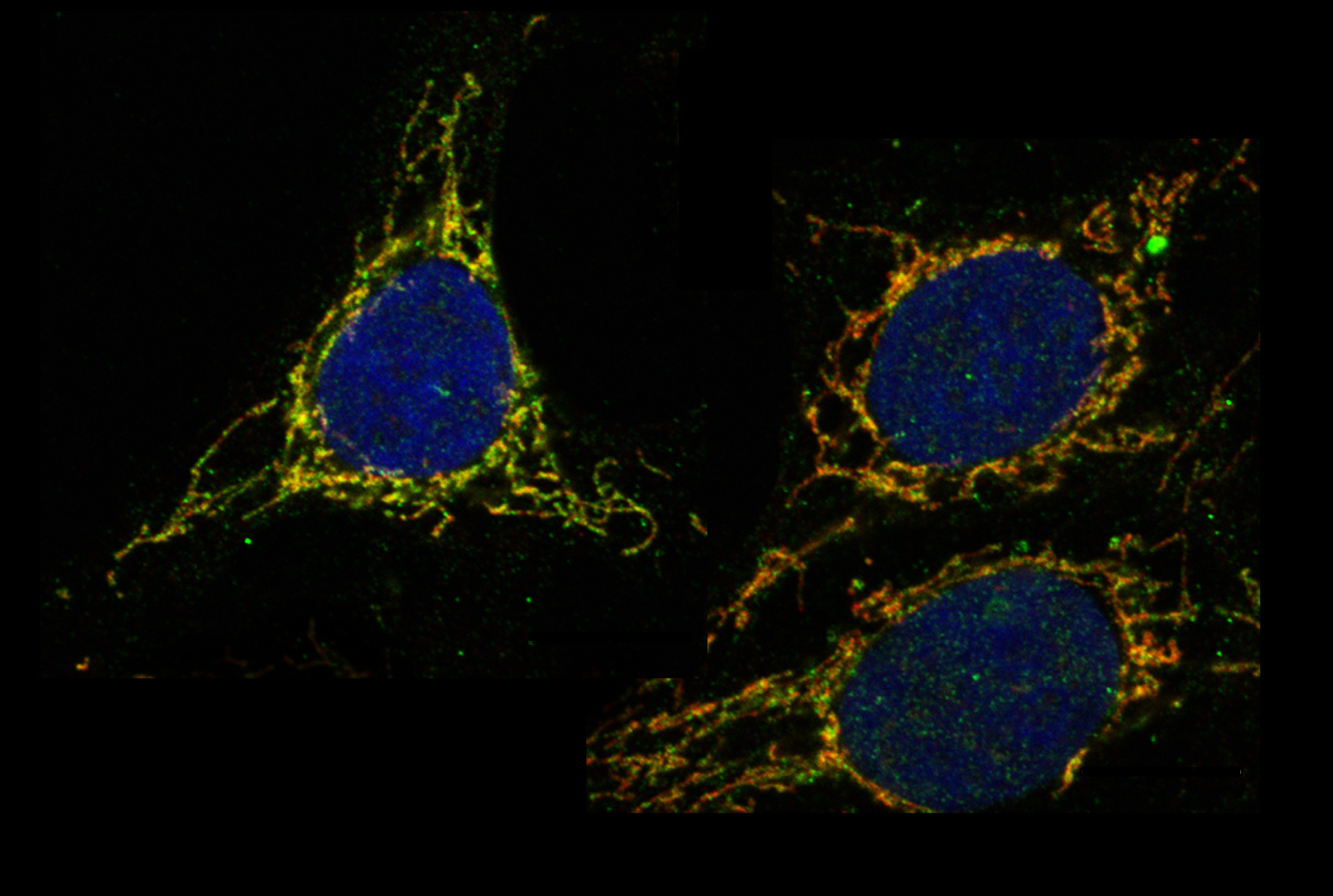 Antioxidants are ferried across the mitochondrial membranes via transporter proteins (green).

Many of the processes that keep us alive also put us at risk. The energy-producing chemical reactions in our cells, for example, also produce free radicals—unstable molecules that steal electrons from other molecules. When generated in surplus, free radicals can cause collateral damage, potentially triggering malfunctions such as cancer, neurodegeneration, or cardiovascular disease.

Cells solve this problem by synthesizing antioxidants, compounds that neutralize free radicals. In a new study, Rockefeller scientists identify a key molecule that ferries glutathione, the body’s major antioxidant, into the cell’s mitochondria, where free radicals are produced en masse. The discovery, published in Nature, opens new possibilities for investigating oxidative stress and its damaging effects.

“With the potential transporter identified, we can now control the amount of glutathione that enters mitochondria and study oxidative stress specifically at its source,” says Kivanç Birsoy, Chapman Perelman Assistant Professor at The Rockefeller University.

The shuttle into the mitochondria

To avoid oxidative stress, cells need to properly balance the levels of free radicals and antioxidants within their mitochondria, where energy production happens. Because glutathione is produced outside of mitochondria, in the cell’s cytosol, the scientists wanted to know how it gets transported into these tiny powerhouses in the first place.

The analysis pointed to SLC25A39, a protein in the mitochondrial membrane whose function was hitherto unknown. The researchers found that blocking SLC25A39 reduced glutathione inside the mitochondrion, without affecting its levels elsewhere in the cell. Other experiments showed that mice cannot survive without SLC25A39. In animals engineered to lack this protein, red blood cells quickly die by oxidative stress due to their failure to bring glutathione into mitochondria.

The identification of the transporter may lead to a better understanding of a variety of disease pathways linked to oxidative stress, including those involved in aging and neurodegeneration. “These conditions could potentially be treated or prevented by stimulating antioxidant transport into mitochondria,” Birsoy says.

Moreover, the team is now exploring whether SLC25A39 might hold promise as a drug target for cancer, by helping to induce fatal oxidative stress in tumor cells. “In cancer, we would want to prevent antioxidants from getting into mitochondria, and the transporter protein may be our way to do that,” Birsoy says.

Scientists find new clues about how the body stores fat

Scientists discovered a protein that plays a crucial role in regulating fatty acids, the molecules that make up body fat. This research could lead to new options for treating people with diseases associated with fatty acid buildup.

Researchers have identified a rare type of cancer cell that cannot make cholesterol, a key nutrient. By targeting this deficiency, scientists may be able to develop new strategies for treating the disease.