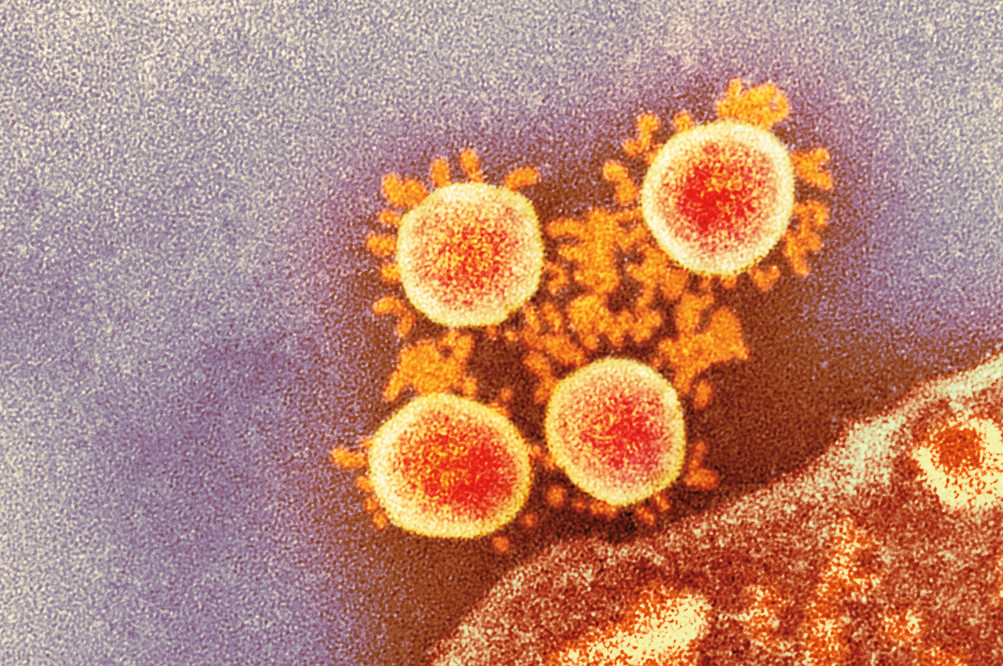 Hope for a future without fear of COVID-19 comes down to circulating antibodies and memory B cells. Unlike circulating antibodies, which peak soon after vaccination or infection only to fade a few months later, memory B cells can stick around to prevent severe disease for decades. And they evolve over time, learning to produce successively more potent “memory antibodies” that are better at neutralizing the virus and more capable of adapting to variants.

The findings highlight an advantage bestowed by natural infection rather than vaccination, but the authors caution that the benefits of stronger memory B cells do not outweigh the risk of disability and death from COVID-19.

“While a natural infection may induce maturation of antibodies with broader activity than a vaccine does—a natural infection can also kill you,” says Michel C. Nussenzweig, the Zanvil A. Cohn and Ralph M. Steinman professor and head of Rockefeller’s Laboratory of Molecular Immunology. “A vaccine won’t do that and, in fact, protects against the risk of serious illness or death from infection.”

Your body on COVID-19

When any virus enters the body, immune cells immediately churn out hordes of circulating antibodies. Foot soldiers of the immune system, these antibodies burn bright but decay at variable rates depending on the vaccine or infection—they may protect us for months or years but then dwindle in number, allowing possible reinfection.

The immune system has a backup plan: an elite cadre of memory B cells that outlive circulating antibodies to produce so-called memory antibodies that provide long-term protection. Studies suggest that memory B cells for smallpox last at least 60 years after vaccination; those for Spanish flu, nearly a century. And while memory B cells don’t necessarily block reinfection, they can prevent severe disease.

Recent studies have suggested that within five months of receiving a vaccine or recovering from a natural infection, some of us no longer retain sufficient circulating antibodies to keep the novel coronavirus at bay, but our memory B cells stand vigilant. Until now, however, scientists did not know whether the vaccines could be expected to provide the sort of robust memory B cell response seen after natural infection.

Nussenzweig and colleagues resolved to tease out any differences in memory B cell evolution by comparing blood samples from convalescent COVID-19 patients to those from mRNA-vaccinated individuals who had never suffered natural infection.

Vaccination and natural infection elicited similar numbers of memory B cells. Memory B cells rapidly evolved between the first and second dose of the Pfizer and Moderna vaccines, producing increasingly potent memory antibodies. But after two months, progress stalled. The memory B cells were present in large numbers and expressed potent antibodies, but the antibodies were not getting any stronger. Also, although some of these antibodies were able to neutralize Delta and other variants, there was no overall improvement in breadth.

With convalescent patients, on the other hand, memory B cells continued to evolve and improve up to one year after infection. More potent and more broadly neutralizing memory antibodies were coming out with every memory B cell update.

To boost or not to boost

There are several potential reasons that memory B cells produced by natural infection might be expected to outperform those produced by mRNA vaccines, the researchers say.

It is possible that the body responds differently to viruses that enter through the respiratory tract than those that are injected into our upper arms. Or perhaps an intact virus goads the immune system in a way that the lone spike protein represented by the vaccines simply cannot. Then again, maybe it’s that the virus persists in the naturally infected for weeks, giving the body more time to mount a robust response. The vaccine, on the other hand, is flushed out of the body mere days after triggering the desired immune response.

Regardless of the cause, the implications are clear. We can expect memory B cells to undergo limited volleys of evolution in response to mRNA vaccines, a finding that may have significant implications for the design and rollout of booster shots. A booster with the currently available mRNA vaccine would be expected to engage memory cells to produce circulating antibodies that are strongly protective against the original virus and somewhat less so against the variants, Nussenzweig says.