Lonely flies, like many humans, eat more and sleep less 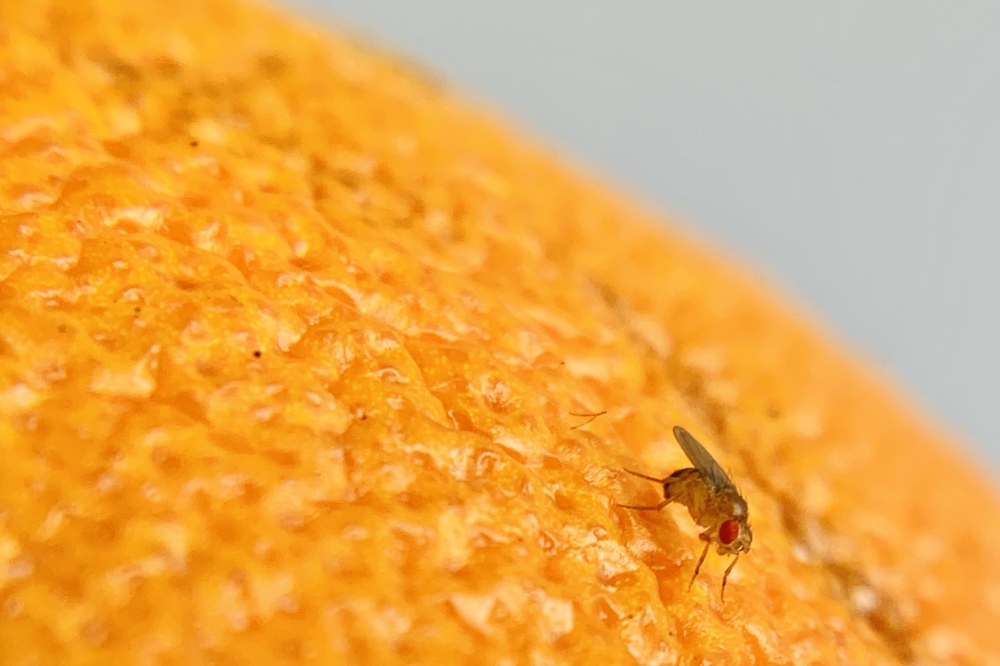 Fruit flies are social creatures. But when isolated, they begin to act differently—not unlike humans in quarantine. Credit: Aabha Vora

COVID-19 lockdowns scrambled sleep schedules and stretched waistlines. One culprit may be social isolation itself. Scientists have found that lone fruit flies quarantined in test tubes sleep too little and eat too much after only about one week of social isolation, according to a new study published in Nature. The findings, which describe how chronic separation from the group leads to changes in gene expression, neural activity, and behavior in flies, provide one of the first robust animal models for studying the body’s biological reaction to loneliness.

“Flies are wired to have a specific response to social isolation,” says Michael W. Young, the Richard and Jeanne Fisher Professor and head of the Laboratory of Genetics at Rockefeller. “We found that loneliness has pathological consequences, connected to changes in a small group of neurons, and we’ve begun to understand what those neurons are doing.”

The science of loneliness

Drosophila are social creatures. The fruit flies forage and feed in groups, serenade one another through complex mating rituals, tussle in miniature boxing matches. And then they conk out: flies sleep 16 hours each day, split between a languorous midday nap and a full night’s rest.

So when Wanhe Li, a research associate in Young’s lab, began investigating the biological underpinnings of chronic social isolation, she turned to the gregarious and well-studied fruit fly. “Over and over again, Drosophila have put us on the right track,” says Young. “Evolution packed a great deal of complexity into these insects long ago and, when we dig into their systems, we often find the rudiments of something that is also manifest in mammals and humans.”

“When we have no roadmap, the fruit fly becomes our roadmap,” Li adds.

For the study, Wanhe Li first compared how flies fare under various lockdown conditions. After seven days, flies housed together in groups of varying sizes produced no anomalous behaviors. Even two flies cut off from the crowd were content with one another. But when a single fly was entirely isolated, the lonely insect began eating more and sleeping less.

Further investigation revealed that a group of genes linked to starvation were expressed differently in the brains of lonely flies—a tempting genetic basis for the observed connection between isolation and overeating.

Li then found that a small group of brain cells known as P2 neurons were involved in the observed changes to sleep and feeding behavior. Shutting down the P2 neurons of chronically-isolated flies suppressed overeating and restored sleep; boosting P2 in flies isolated from the group for only one day caused them to eat and sleep as if they had been alone for a full week.

“We managed to trick the fly into thinking that it had been chronically isolated,” says Wanhe Li. “The P2 neurons seem to be linked to the perception of the duration of social isolation, or the intensiveness of loneliness, like a timer counting down how long the fly has been alone.”

The Young lab painstakingly confirmed these observations. They engineered insomniac flies, to make sure that lack of sleep alone did not cause overeating (it didn’t). They tested group-reared flies to find out whether manipulating P2 neurons would cause overeating and sleep loss in socialized flies (it doesn’t). Ultimately, they concluded that only a perfect storm of both P2 neuron activity and social isolation will cause flies to begin losing sleep and overeating.

Scientists have observed that many social animals—from fruit flies to humans—eat more and sleep less when isolated. The reason for this is unclear. One possibility, Young says, is that social isolation signals a degree of uncertainty about the future. Preparation for tough times may include being alert and awake as often as possible and eating whenever food is available.

This study can hardly confirm that humans in COVID-19 lockdowns ate more and slept less due to the same biological mechanisms that keep lonely flies hungry and sleep deprived. But now that Li and Young have identified the neurons and genes responding to chronic isolation in fruit flies, future researchers can search for corresponding connections between loneliness, overeating, and insomnia in laboratory animals and, eventually, humans.

“Clinically-oriented studies suggest that a large number of adults in the United States experienced significant weight gains and loss of sleep throughout the past year of isolation precautions due to COVID-19,” Young says. “It may well be that our little flies are mimicking the behaviors of humans living under pandemic conditions for shared biological reasons.”