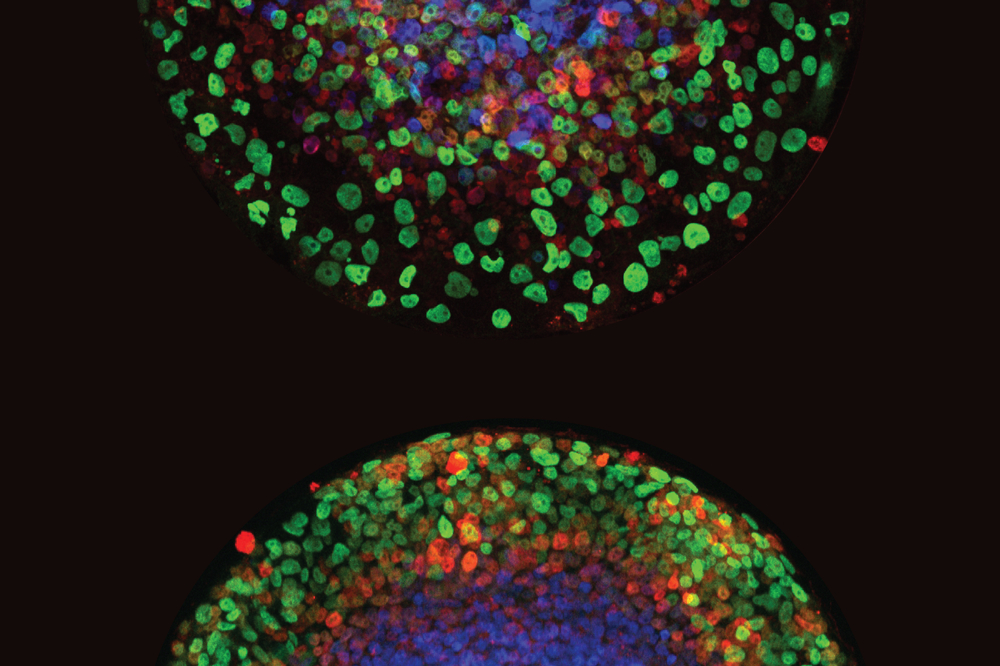 In vitro fertilization fulfills the wishes of half a million parents each year, yet the fertility treatment leaves plenty of room for improvement. A majority of potential embryos are ruled out for implantation, flagged by a genetic test designed to root out abnormalities early on.

This selection process limits the success of IVF, especially among older women and those diagnosed with premature ovarian aging.

But now a new study in Nature Cell Biology casts doubt on the genetic test that strikes so many would-be embryos from the roster. Researchers have found that embryos often develop into healthy babies regardless of whether or not they’ve been blacklisted by the test, and have demonstrated how supposedly defective embryos self-correct during gestation.

“This is going to revolutionize how IVF moves forward,” says Ali H. Brivanlou, head of the Laboratory of Synthetic Embryology at Rockefeller University. “This test is obsolete and should be replaced with more precise technology to assess in vitro-fertilized embryo quality”

In defense of blastocysts

During IVF, eggs taken out of a woman’s ovaries are fertilized with donor sperm in vitro. These fertilized eggs are cultured in a petri dish for five to six days to generate a ball of a few hundred cells known as a blastocyst. A few blastocysts are transferred into the woman’s uterus, after evaluation of their quality. About twenty years ago, clinicians began screening blastocysts for aneuploidy—cells with an abnormal number of chromosomes—as it was known to be a leading cause of miscarriage.

But the preimplantation test, known as PGT-A, was prone to false positives, winnowing out blastocysts that, upon further testing, were not abnormal. And to some clinicians, the rates of confirmed aneuploid blastocysts seemed high.

“We were seeing young women who should have had plenty of normal embryos going through four or five cycles of IVF only to have all of their embryos declared chromosomally abnormal,” says Norbert Gleicher, president, medical director, and chief scientist at the Center for Human Reproduction. “It didn’t make any biological sense.

Convinced that the test was inaccurate, Gleicher began implanting supposedly abnormal blastocysts that had failed the PGT-A screening into consenting women at his clinic. Sure enough, their rates of miscarriage turned out to be no different than those of women who had received screened blastocysts. “We by now have hundreds, if not already thousands, of healthy babies born from such transfers worldwide,” Gleicher says.

Still, it remained a mystery how the aneuploid blastocysts were able to develop into functional embryos. Brivanlou and postdoctoral fellow Min “Mia” Yang set to work.

Their study first describes 32 women who agreed to receive blastocysts that, according to PGT-A screening, were aneuploid and unfit for transfer. A few months after implantation, prenatal testing revealed that all traces of aneuploidy had vanished. The embryos were normal. As expected, the live birth rates of these mothers ultimately matched the national averages for women who received only pre-screened embryos.

Then, when the researchers tracked the development of aneuploid human blastocysts in the lab, they noticed something intriguing. The embryos’ rates of aneuploidy decreased over time through a complex pathway that eliminates aneuploid cells in the fetus, while allowing these cells to remain in the tissue destined to become the placenta.

“The process of getting rid of those aneuploid cells can lead to the overall rescue of the embryo, even if aneuploid cells remain in the placenta,” Yang says. “It has been known for decades that placentas often contain islands of chromosomally abnormal cells, while the fetus is entirely normal.”

There is still much to learn about how embryos self-correct and the impact of aneuploidy on gestation. While this study was conducted using two-dimensional imaging, for example, Brivanlou hopes that future work will better capture the realities of development in three-dimensional space.

“One day soon, we hope to be able to actually see a three-dimensional embryo attaching to maternal tissue,” he says. “We will then be able to step inside of one of those aneuploid cells and explore the entire ecosystem that surrounds it.”

In the meantime, the researchers hope their findings will encourage IVF clinics to move away from PGT-A screening. “Thousands of good embryos are being discarded daily,” Gleicher says. “We now have an opportunity to unlock the potential of this technology to help many more couples suffering from infertility.”

Protein folding diseases, from Alzheimer's to Gaucher's, may one day be treated by a unique class of protein corrector molecules that are already helping manage cystic fibrosis.