Paul Cohen, expert on fat, is promoted to associate professor 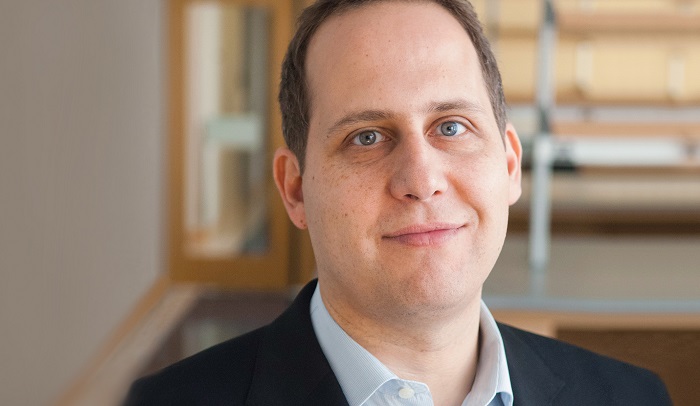 The amorphous substance padding the body’s organs and adding to our waistlines has never gotten much love, even from biologists. Historically, scientists mostly dismissed it as connective tissue and didn’t see much reason to explore it further.

But we are learning that fat is more than just a place for the body to stash calories. Fat cells—adipocytes to researchers—store energy, but they also secrete a variety of proteins that help regulate metabolism, immunity, and other functions. There isn’t just one type of fat cell, but several, some of which may cause disease while others promote health. A blob of fat is a complicated and sometimes contradictory world.

Paul Cohen, who joined Rockefeller as an assistant professor six years ago, has conducted groundbreaking research revealing tantalizing new details about this world. He’s expanded our understanding of so-called beige fat, which burns other types of fat and reduces obesity (read more about beige fat in this Seek magazine feature). He has also identified proteins secreted by fat cells that help regulate blood pressure, and explored connections between obesity and disease progression in a cohort of tens of thousands of people. In recognition of his achievements, Cohen has been promoted to Albert Resnick, M.D. Associate Professor. He remains head of the Laboratory of Molecular Metabolism.

“We’ve known for a long time that fat makes people sick with everything from diabetes to coronary artery disease to cancer,” says Cohen. “We want to understand how. What happens within fat tissue itself to trigger and accelerate disease progression? We are exploring this question from both a basic science and a translational perspective.”

One of Cohen’s early breakthroughs at Rockefeller was the development of a tissue-clearing imaging technique that allowed his team to visualize structures in fat tissue at molecular resolution. The three-dimensional images provided a striking and unprecedented look at the functional features of beige fat, including blood vessels and projections from nerve cells.

It also suggested that the most active fat tissue also had the most nerve projections, and that fat-innervating nerves might regulate immune cells within the adipose tissue, influencing inflammatory processes and thereby metabolic health.

“Fat is not just an energy-storage device. It’s a complex and dynamic system that interacts with other systems and influences a variety of biological functions,” Cohen says.

Understanding its intricacies is crucial to understanding basic processes like those related to energy expenditure and metabolism. Moreover, this knowledge could shed light on disease process that, at first glance, seem to have little to do with energy storage.

For one thing, fat cells may secrete more than 1,000 different proteins, many of which interact with surrounding cells and have biological effects that have never been explored. Cohen’s team is working to identify and characterize these proteins, few of which have been previously studied. Especially notable: one associated with obesity-induced inflammation and another believed to regulate blood pressure and vascular tone, a measure of the flexibility of blood vessel walls.

Cohen has developed “knockout” mice genetically bred to lack these and other factors, that he believes will yield new insights into the mechanisms by which brown and beige fat bestow metabolic benefits. He has also created a mouse model of obesity-accelerated breast cancer, an analysis of which has found that a key metabolite, creatine, is linked to tumor growth—a mechanism that may explain why obesity is associated with some types of cancer.

“Paul has built an impressive laboratory devoted to the study of the biology of white, brown, and beige adipocytes and the mechanisms by which their activities contribute to or protect from obesity-associated diseases,” says Richard P. Lifton, Rockefeller’s president. “He has expertly combined basic science and human studies to advance our understanding of the metabolic impact of brown fat. I look forward to the next chapters of his innovative research.”

In addition to his laboratory work, Cohen continues to practice medicine, working two days a month in a Memorial Sloan Kettering Cancer Center outpatient clinic seeing patients who are experiencing cardiac symptoms during or following cancer treatment. There are many unexplored links between cancer progression and cardiovascular disease, and this is one of several areas of research Cohen plans to pursue in the coming years.

Cohen and his co-workers have also completed a massive data-mining study of electronic health records, revealing that the presence of brown fat—as shown on PET scans—is associated with reduced prevalence of many common illnesses including type 2 diabetes, coronary artery disease, cerebrovascular disease, congestive heart failure, and hypertension, as well as improved levels of HDL cholesterol and other blood lipids. The findings suggest the tantalizing possibility that genes associated with brown fat production may confer significant health benefits to those who suffer from these disorders. Cohen’s hope is that studies of these genes could lead to new drugs capable of treating or preventing disease.

Prior infections appear to shield enteric neurons, preventing these key components of the body's "second brain" from dying off when future pathogens strike.

A pioneer in the field of mucosal immunology, Mucida is unlocking the secrets of the digestive system and answering fundamental questions about the origins of human disease.

How the immune system deals with the gut's plethora of microbes

New research suggests that our immune system may play an active role in shaping the digestive-tract flora, which is tightly linked to health and disease.