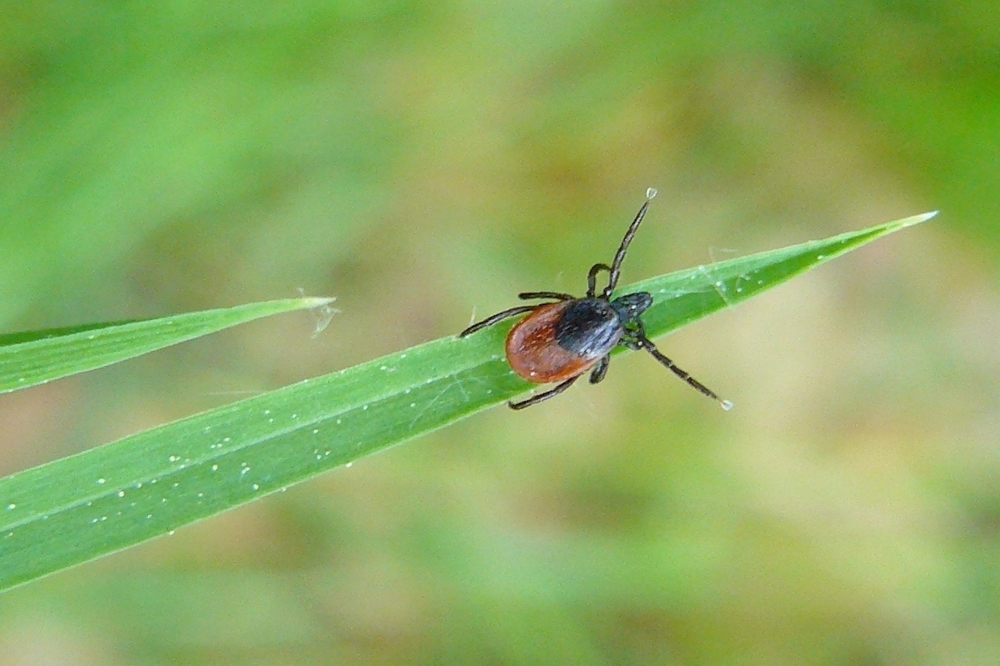 The castor bean tick, which is prevalent throughout Europe, can cause both Lyme disease and tick-borne encephalitis.

Tick-borne encephalitis is a disease just as nasty as it sounds. Once bitten by an infected tick, some people develop flu-like symptoms that resolve quietly but leave behind rampant neurological disease—brain swelling, memory loss, and cognitive decline. Cases are on the rise in Central Europe and Russia with some 10,000 incidents reported each year. Vaccines can provide protection, but only for a limited time. There is no cure.

Now a new study describes antibodies capable of neutralizing the virus transmitted by tick bites. These so-called broadly neutralizing antibodies have shown promise in preventing TBE in mice and could inform the development of better vaccines for humans. Further, preliminary results suggest that the antibodies may not only prevent tick-borne encephalitis but even treat the condition, as well as the related Powassan virus emerging in the United States.

Lead author Marianna Agudelo and colleagues in the laboratory of Rockefeller’s Michel C. Nussenzweig examined nearly 800 antibodies obtained from individuals who had recovered from TBE or had been vaccinated to prevent infection. The most potent antibodies, designated VH3-48, turned out to be best suited to fend off future infections. They found that VH3-48 neutralized lab-grown varieties of the TBE virus, as well other tick-borne illnesses including the Langat, Louping ill, Omsk hemorrhagic fever, Kyasanur forest disease, and Powassan viruses.

The researchers also showed that these powerful antibodies are not common; in fact, most of the antibodies produced by humans exposed to TBE virus are of inferior quality, with the coveted VH3-48 antibodies making only occasional appearances. Moreover, vaccinated patients in the study did not manage to develop any VH3-48 antibodies at all. “You’d expect the most prevalent antibodies to be the absolute best, but that is not what we found in TBE,” Agudelo says. “This may explain how the virus tricks the immune system, misdirecting it into producing inferior antibodies.”

The discovery of VH3-48 provides hope for a more effective TBE vaccine. Current vaccines require three doses spaced over two years and only provide about five years of protection before a booster shot is required. Next-generation vaccines built around coaxing the body into producing the rare VH3-48 antibody could be more potent, require fewer booster shots, and also prove protective against a number of tick-borne viruses.

“A vaccine like this would not just be more elegant, but also better focused,” says Michel C. Nussenzweig, the Zanvil A. Cohn and Ralph M. Steinman Professor and head of the Laboratory of Molecular Immunology at Rockefeller. “Now that we have the structures of these antibodies, we know what to target in order to design more effective vaccines.”

Broadly neutralizing antibodies may also provide the first specific treatment for TBE. Nussenzweig, Agudelo, and colleagues found that mice infected with TBE recover after receiving antibody therapy, although it remains to be seen if this finding will translate to humans.

“The next step is a clinical trial with the antibodies,” Nussenzweig says, “perhaps in Europe where there are many cases, to see whether we can ameliorate the symptoms of those suffering from encephalitis.”