Marina Caskey is promoted to professor of clinical investigation 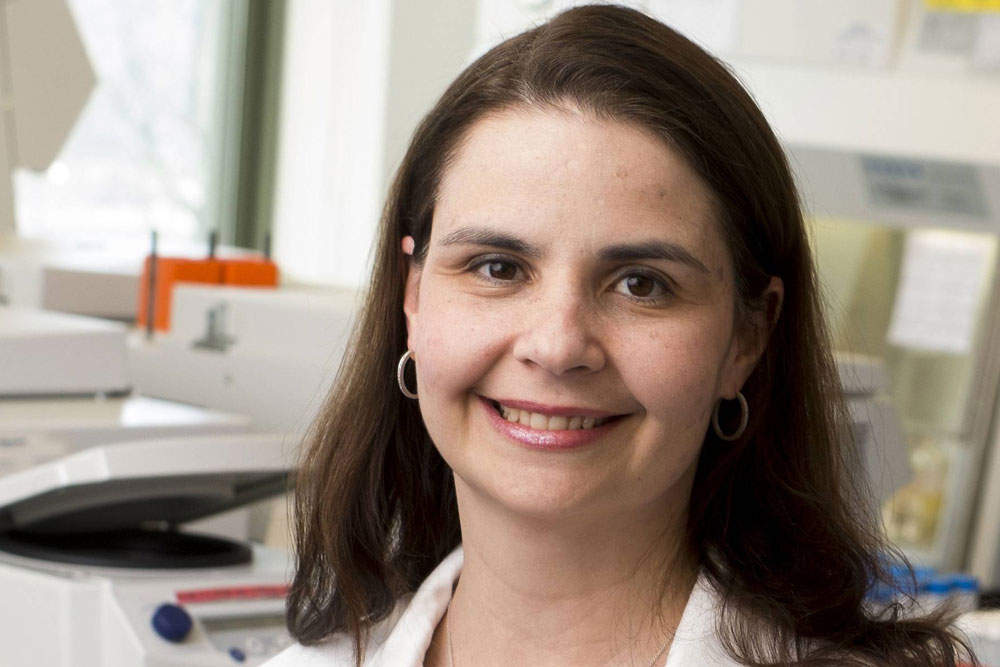 Marina Caskey, a clinical scientist who leads human trials of immunotherapies for infectious disease, has been promoted to Professor of Clinical Investigation. She is a member of Michel Nussenzweig’s Laboratory of Molecular Immunology.

Caskey, a clinician who joined Rockefeller as a clinical scholar in the lab of Ralph Steinman in 2009, has spent the last decade working on clinical studies of experimental immune-based vaccines and therapies, particularly those for HIV. Since becoming a member of Nussenzweig’s lab in 2012 she has led human trials of broadly neutralizing antibodies as a complement to antiretroviral therapy for HIV. Broadly neutralizing antibodies developed in the Nussenzweig lab, isolated from patients whose bodies successfully combat HIV without drugs, have shown tremendous promise in the trials conducted thus far; one recent study found that three infusions of a combination of two such antibodies suppressed HIV levels for an average of 21 weeks even after antiretroviral drugs were stopped.

During the COVID pandemic, Caskey led the effort to obtain and evaluate samples of antibodies from COVID-19 patients who successfully recovered from their illnesses. Selected antibodies collected under this protocol, isolated and tested for potency, have taught researchers much about the body’s natural immune response to SARS-CoV-2 and have led to the development of experimental antibody-based treatments for COVID-19.

Caskey received her medical degree from the Federal University of Sergipe, in Brazil, and completed specialty training in infectious disease at Weill Cornell Medicine, where she remains an attending physician. She has a master’s degree in clinical investigation from Rockefeller and is a member of the American Society of Clinical Investigation.