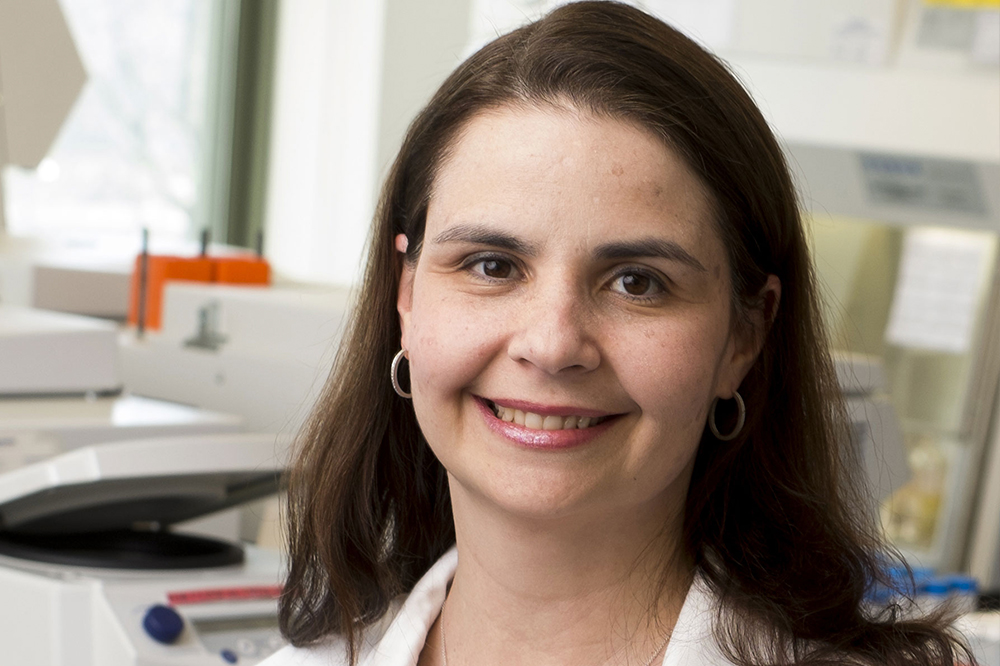 Thanks to improvements in antiretroviral therapy, HIV is now a manageable condition. Yet even the best drugs do not entirely eliminate the virus, which latently lingers in the body, threatening to rise to dangerous levels should a patient forget or forgo treatment. To remain healthy, people infected with HIV must therefore adhere to strict medication regimens, which typically involve ingesting pills every day for the rest of their lives.

New clinical trials from Rockefeller University researchers suggest that a novel immunotherapy, a combination of two anti-HIV antibodies, is capable of suppressing HIV for months at a time. The drugs, called broadly neutralizing antibodies or bNAbs (pronounced bee-nabbs), were found to be both safe and more effective than any previously tested antibody therapy. The results were published in Nature and Nature Medicine.

The power of antibodies

Antiretroviral therapy, the gold standard for HIV treatment, works almost perfectly in clinical trials. But in the real world, things are more complicated. Some patients neglect to take their meds, or lose access to healthcare. And inconsistency in treatment presents a risk not only to the person infected, but to the population at large: when the virus is not adequately controlled, the likelihood of transmission increases.

To protect both individuals and communities, researchers are hoping to develop drugs that don’t rely on vigilant daily dosing. The results of the new studies, led by Michel C. Nussenzweig, Marina Caskey, and their colleagues, suggest that such a medication may in fact be on the horizon.

Nussenzweig, the Zanvil A. Cohn and Ralph M. Steinman Professor, initially identified the antibodies, known as 3BNC117 and 10-1074, while studying people whose bodies successfully combat HIV without the help of drugs. In these so-called “elite controllers,” natural antibodies target proteins on the outside of the virus and recruit the body’s immune system to combat infection.

The ultimate goal of bNAb therapy is to turn anyone taking the medication into an elite controller, effectively suppressing the virus through an enhanced immune response. These drugs have the added benefit of remaining in the body longer than antiretroviral drugs, and therefore should require less frequent administration.

Previous studies have shown that treatment with a single bNAb reduces the levels of virus in the blood, but these effects are short-lived. Over time, HIV mutates in such a way that the antibody can no longer find and fight the virus.

Because 3BNC117 and 10-1074 attack HIV from two different angles, the researchers suspected that administering the two drugs together might evade resistance—an approach first tested in animals. Following the success of these initial experiments, Nussenzweig and Caskey, an associate professor of clinical investigation, adapted the treatment for use in humans.

In their phase 1b clinical trial, published in Nature, participants stopped taking antiretroviral drugs and subsequently received three infusions of the two bNAbs over the course of six weeks. The researchers report that, among nine individuals who carried viruses that were sensitive to both antibodies, this treatment suppressed HIV for an average of 21 weeks, and over 30 weeks in some patients. Unlike individuals receiving only one bNAb, those receiving combination therapy did not develop resistance if their viruses were sensitive to the antibodies. Moreover, participants experienced no major side effects, the most significant reaction being mild fatigue in a small portion of patients.

Participants entering this first trial were not viremic—meaning, HIV was not actively circulating in their bloodstream because antiretroviral drugs had brought the virus to very low or undetectable levels. The second study, published in Nature Medicine, showed that bNAbs were also effective in treating viremic patients; in this case, combination therapy reduced virus levels for up to three months.

The future of bNAbs

Caskey and Nussenzweig say that although combination therapy is very promising, bNAb treatments do have their limitations. The HIV virus comes in many varieties, not all of which respond to a given antibody.

“These two antibodies are not going to work for everyone,” says Caskey. “But if we start to combine this therapy with other antibodies or with antiretroviral drugs, it could be effective in more people—and that’s something we hope to look at in future studies.”

Nussenzweig adds that, over time, bNAb therapy could prompt the body to produce HIV-fighting antibodies on its own. “Like some anti-cancer antibodies, these drugs could interact with the host immune system to boost natural immunity,” he says.

Further research might also lengthen the amount of time for which these drugs are effective. The studies showed that bNAbs can control HIV for more than four months in some people—an impressively long suppression period. Still, Nussenzweig suspects that this period could be extended yet further through the use of newly-developed bNAb variants.

“The expectation is that these new variants will have three- to four-fold longer half-lives,” he says. “So we may be able to give the antibodies once or twice a year.”

The researchers believe that bNAbs have the potential to change not only how we treat HIV, but also how we prevent it. Currently, people at risk for contracting the virus can take preemptive antiretroviral medication. But that too requires daily dosing, and many people follow the regimen imperfectly. Like long-acting birth control, long-acting HIV medication would allow people to achieve the desired outcome without being perfect pill takers.

“If future studies are similarly successful, bNAbs could really become a practical alternative to ART,” says Caskey, “an alternative that would be safe and wouldn’t require a pill every day.”

Watch Caskey comment on the Nature report of a trial testing the new treatment in patients taking antiretroviral drugs: