Conservation of resources is hardwired into the genetic code 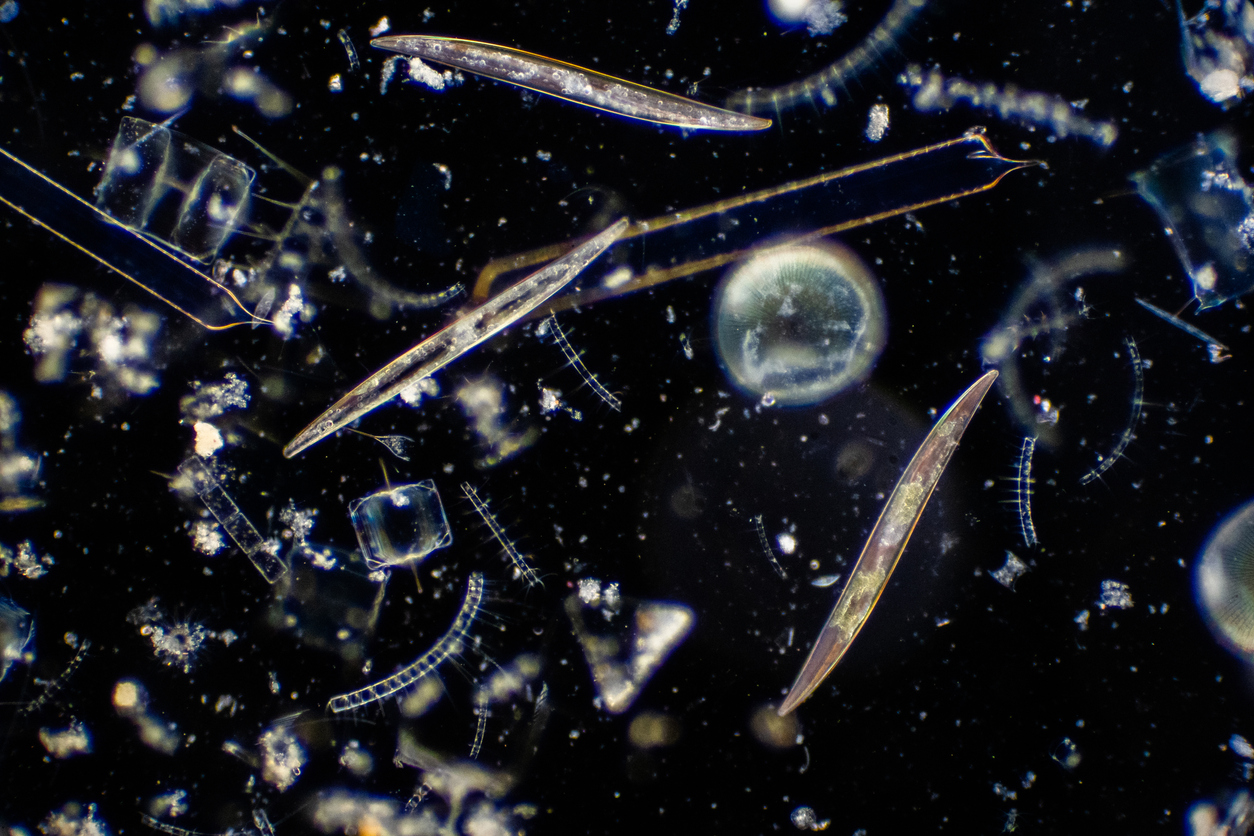 Marine microbes minimize their use of nitrogen or carbon depending on which nutrient is available in their environment.

When David Zeevi and Liat Shenhav began analyzing the genomes of marine microbes, their goal was to find biological tools to combat plastic pollution in the ocean. But in the course of their study, a curious observation led them to discover something much more universal: an aspect of evolution that may have shaped everything from slime molds to humans.

Their research reveals that the genetic code—a set of rules by which DNA is translated into amino acids, and genes into proteins—inherently allows organisms to evolve without consuming too much carbon or nitrogen, key nutrients for building proteins. “The very structure of the code promotes conservation of resources,” says Zeevi, who like Shenhav is a fellow in The Center for Studies in Physics and Biology at Rockefeller. “And this is not only happening in microbes in the ocean, but is ingrained in all of life.”

The findings, published in Science, also provide new clues about the earliest stages of life on Earth, suggesting that the first biomolecules arose in an environment where carbon and nitrogen were scarce.

Shenhav and Zeevi are studying microorganisms living in highly polluted waters hoping to identify those capable of eating plastic. Their initial approach was to search for microbial genes that look very similar among these organisms, since evolution preserves genetic sequences that are crucial for a species’ survival in a given environment.

Soon, however, they found a whole lot of conserved genes that seemed to have nothing to do with surviving plastic pollution. And as they dug deeper, they saw a surprising pattern: depending on where the microbes lived, many of their genes didn’t tolerate changes that increased nutrient consumption.

In nitrogen-poor regions near the surface of the ocean, microbes showed fewer mutations that caused an addition of that limited nutrient into protein sequences, while those dwelling in deeper, carbon-poor regions tended to instead avoid the use of carbon. “That led us to wonder whether there’s something about the structure of the genetic code that offers this ability by generally promoting an economical use of resources,” Shenhav says.

The genetic code is composed of codons—triplets of DNA bases like CCA or CGA—each specifying a single amino acid that goes into a protein. A mutation in a codon can change the nutrient requirements for the new amino acid. The researchers simulated one million imaginary genetic codes composed of randomized codons. Comparing the real genetic code to the hypothetical ones, they found that overall, the nutrient cost of possible mutations to the genome is much lower than what would be expected if the genetic code was set at random.

Similar calculations revealed the same relationship between genetic sequence and nutrient cost in 39 organisms across all domains of life, from plants to humans.

“Mutations still occur, but thanks to our particular genetic code, they are less likely to require more carbon and nitrogen,” Shenhav says. “The genetic code is like a buffer, protecting us from needing more resources.”

As for the researchers’ search for plastic-eating microbes, the new findings will be helpful, she says. “Now that we understand these properties of the code itself, we can account for them in our models and better disentangle what genetic change comes from nutrient conservation and what is a response to pollution.”

The physics behind a water bear's lumbering gait

Animals as small and soft as tardigrades seldom have legs and almost never bother walking. But a new study finds that water bears propel themselves through sediment and soil on eight stubby legs, in a manner resembling that of insects 500,000 times their size.

Scientists have found that small genetic differences can cause the same gut microbe to behave differently in different people, and affect the overall health of their human hosts.

When bacteria swim at just the right speed, swirling vortices emerge. As those patterns disintegrate into chaos, physicists detect a telling mathematical signature.