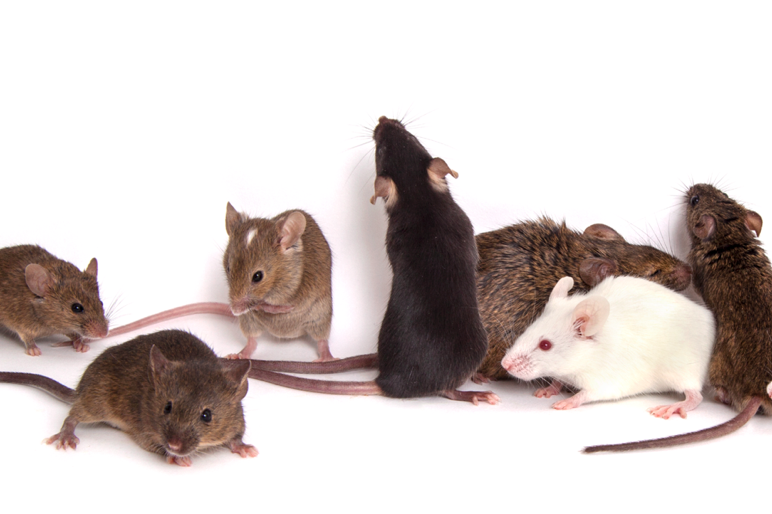 Working memory: it’s how you make a mental shopping list without forgetting the milk, or memorize a number just long enough to write it down. But working memory is more than a prerequisite for a successful errand—the ability to briefly hold information in our minds lies at the heart of almost everything we do.

And, as a new study of forgetful mice shows, the brain processes behind this skill are more complex than commonly appreciated.

In a paper in Cell, the researchers present evidence that working memory isn’t neatly confined to one brain area, but requires the synchronous activity of at least two. The findings challenge long-held assumptions that working memory is the job of just one part of the brain and help scientists pinpoint its genetic and mechanistic basis.

“There were in fact hints from earlier research that multiple brain structures are somehow involved in working memory,” says Priya Rajasethupathy, neuroscientist at Rockefeller University. “Our new findings give us more-tangible insights into what these areas are and how they are contributing.”

Pioneering studies in the 70s and 80s traced the neural underpinnings of working memory to the brain’s prefrontal cortex. There, neurons appear to preserve information by collectively firing for seconds to minutes, much longer than the millisecond norm for individual neurons. But this mechanism alone doesn’t explain the more complicated aspects of working memory—including, for example, how we can hold more than one item in mind, or face distractors and still remember the thing that we care about.

To further investigate this, Rajasethupathy’s team partnered with Praveen Sethupathy and his lab at Cornell University to explore how working memory functions among a special population of genetically diverse mice. “Unlike standard lab mice, these mice have a level of genetic diversity mirroring that of human populations,” Sethupathy says, “This means some may be great at working memory tasks, and some not so much, and we can study what in their brain’s physiology gives rise to that variability.”

Mice can’t recite a shopping list to show off their memory skills. But when put in a maze, they prefer to explore a new arm of the maze on every visit. How successfully a mouse finds new territory inside the maze is therefore a measure of its working memory.

As expected, the scientists saw broad variations in the mice’s performance, and a subsequent genetic analysis highlighted one place in the genome that could explain a considerable portion—17 percent—of that variability.

There, the researchers found one gene with striking effects on the animals’ working memory. By boosting its expression, they could turn a mouse from one who used to perform at chance level to one who gets it right 80 percent of the time—or create more forgetful mice by hampering the gene’s expression.

From genes to brain circuits

The team then investigated how this gene, which also exists in other mammals and humans, affects a mouse’s brain and behavior.

The gene encodes Gpr12, an “orphan receptor,” so-called because it’s unclear what molecule in the brain activates it. To their surprise, the researchers found these receptors are not in the prefrontal cortex, the presumed seat of working memory, but in neurons much farther away in the brain’s thalamus.

This synchrony appears to be essential for maintaining memory, the researchers found: The higher it was, the more likely the mouse was to make an accurate “left or right” choice when it found itself at a fork in the maze, showing it had remembered the information obtained in a previous visit.

“We demonstrate that mice that perform better, have more of these receptors and are therefore able to establish more synchrony,” Rajasethupathy said.

The findings expand classical models by revealing the crucial role of the dialogue between the prefrontal cortex and thalamus, suggesting new ways for researchers to think about working memory. Rajasethupathy and her colleagues plan to continue investigating the details of the role played by Gpr12 receptors—work which may lead to potential therapeutic targets for treating deficits in working memory.

Working memory is impacted in learning disabilities, aging, and in conditions such as schizophrenia, depression, and ADHD, where an understanding of the genetic and molecular bases of cognitive deficits is still lacking. According to Rajasethupathy, their study offers a promising approach for mechanistically unpacking discrete cognitive deficits that otherwise merge and present as a complex neuropsychiatric condition.

“It’s rare to find a single gene with a strong influence on a complex cognitive function like working memory,” she says. “But it happened to be true in this case, and it led us to unexpected mechanisms involved in working memory.”