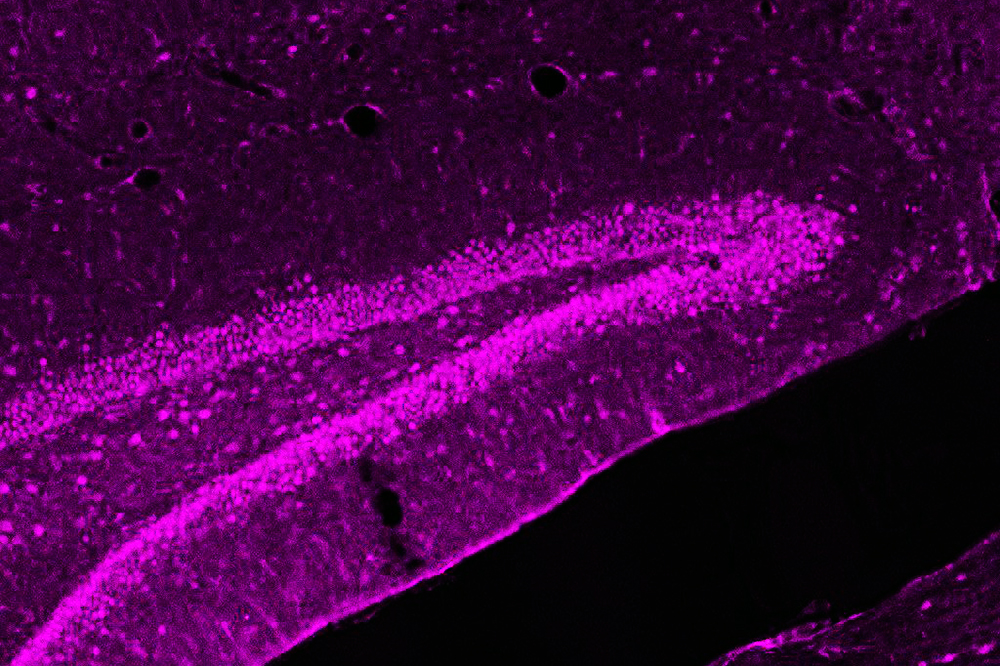 The volume of a brain structure called the hippocampus is one of several factors determining how mice respond to stress.

Stress is part of life for everyone, but how we respond to it seems to vary from person to person. For some, the effects of a stressful situation can be long-lasting and lead to anxiety, depression, and other health problems; others are more resilient to stressful life events.

In a new study in mice, Rockefeller scientists have identified a set of biological factors that seem to determine in which end of this spectrum one may land. They also provide preliminary evidence that a naturally occurring substance called acetyl-L-carnitine (LAC) may help make the brain become more resilient to stress.

“If we find similar factors in humans, that could help us more accurately identify which individuals are more likely to develop major depression,” says Bruce McEwen, Rockefeller’s Alfred E. Mirsky Professor. “Treatment with LAC or other agents may help alleviate some types of depression or even prevent it.”

Previous attempts to determine stress vulnerability have mostly looked at single risk factors, such as the volume of a brain structure or the levels of a specific hormone. Carla Nasca, a research associate in the McEwen lab set out to get a bigger picture by looking at stress responses in mice and their relationship to depression-like behavior with multiple biological measures.

As is also the case with humans, some mice are by nature more anxious than others. Nasca divided mice into two groups based on how they responded to different stressors, and incorporated other data including the size of a brain region called the hippocampus and several markers of the immune system.

“When we combined the data from each of these measures, the anxious group of mice had a distinct profile compared to mice that were resilient,” says Nasca. “We integrated all of the biomarkers into a computational tool that can predict whether a mouse is vulnerable to stress, or resilient to it.”

When the researchers tested the tool’s ability to determine responses to stress, it accurately predicted how the animals would respond in about eight out of 10 cases—raising the hope that similar tests might one day be developed for humans to help identify people at risk for stress-induced health problems.

The resilient mice appear to have a biological coping strategy that sets them apart from their more-apprehensive peers. Additional genetic experiments suggested that this natural protection against the harmful effects of stress involves the activation of certain genes. Nasca wondered if there was a way to boost a similar coping strategy in the anxious mice.

The researchers noticed that many of the genes altered in the susceptible mice but not in the group of mice that remained resilient after stress functionally overlap with the signaling pathways related to LAC, a substance naturally produced by the body. LAC affects glutamate signaling in the brain, and previous studies have shown it to be depleted in humans with major depression and have suggested that it may be effective in treating some forms of depression-like behavior.

Nasca and her colleagues conducted another set of stress experiments in which individual mice were paired with bigger and more aggressive ones for a few days. Some of the anxious mice received LAC before they encountered the aggressive mouse, and the treatment seemed to improve their stress resilience: these mice showed less behavioral changes such as social withdrawal after the encounter, compared to those that didn’t receive LAC.

The findings, published in Biological Psychiatry, encourage more research into the neurobiology of LAC by suggesting it has the potential to treat and even prevent depression-like behavior by increasing stress resilience. They also suggest that other biological pathways, such as those related to the immune system, should be considered when developing treatments for depression.

“These are exciting findings because we can now apply this method to study the mechanisms that predispose to developing stress-induced health problems, and move toward precision-medicine based approaches in preventing psychiatric disorders,” says Nasca. “Our hope is that we may one day be able to avert depression in some people by mitigating the harmful precipitating effects of stressful experiences.”