In recognition of both their remarkable research and their leadership within the student community, Stephanie Marcus and Zachary Mirman have been awarded this year’s David Rockefeller Fellowships for third year graduate students. Following tradition, the award was presented at the luncheon preceding this year’s Convocation ceremony. 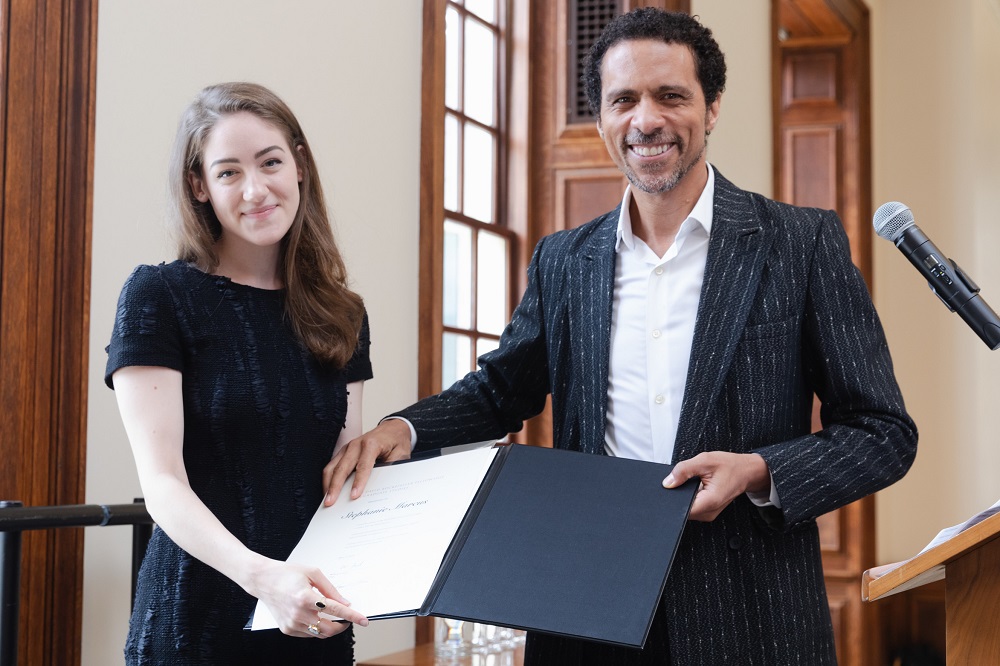 Marcus, a member of Erich Jarvis’s laboratory, is working on the evolution of vocal learning. As a child growing up in New Jersey, Marcus was always interested in the nitty gritty of how things work; at age four, she got her fingers stuck in a mouse trap, as she tried to understand its mechanism. Today, she works to identify differences between related brain circuitry in humans and primates, hoping to reveal specializations in humans and lay the groundwork for the study of speech disorders.

An exceedingly rare skill in the animal kingdom, vocal learning exists in only five groups of mammals and three groups of birds. And while speech and communication are considered intrinsic to the human experience, development of mammalian models is lagging, something Marcus seeks to change through her study of vocal production circuitry in marmoset monkeys.

“I chose to come to Rockefeller for grad school because I liked the sense of community here, and the sense that there are no boundaries, departments, or red tape,” says Marcus. “Erich gave me the space to explore my own questions; that flexibility is something you don’t always get in other programs.”

Outside of the lab, Marcus serves as president of Women in Science at Rockefeller (WISeR), which promotes the success of female scientists at the university by serving as a platform for professional development and community advocacy. Marcus was also previously an editor with Natural Selections, and played the violin in the Tri-Institutional Music & Medicine Orchestra. 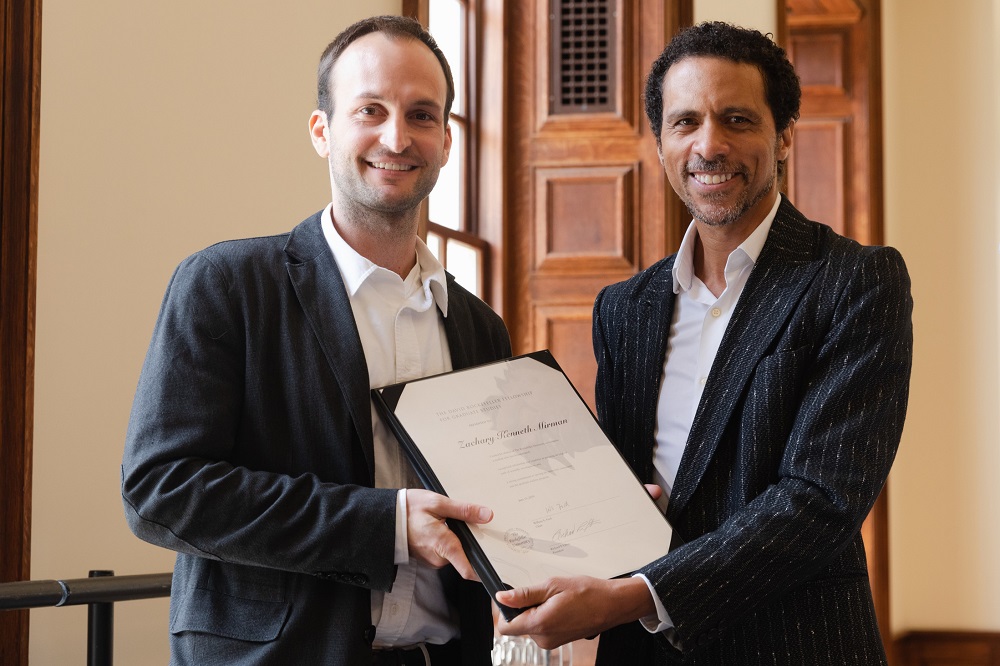 On the other end of Rockefeller’s campus, in Titia de Lange’s lab, Mirman has been studying BRCA1, a gene that when mutated increases the risk of breast and ovarian cancer. By studying how BRCA1 helps repair broken DNA strands, Mirman hopes to understand the molecular processes underlying resistance to cancer drugs.

A California native, Mirman took time before graduate school to teach English in Galicia, Spain and later worked as a research technician at Memorial Sloan Kettering Cancer Center. After enrolling at Rockefeller, it took Mirman only one rotation to decide on his graduate research plans. “I felt immediately at home in the de Lange lab. I was working on a fascinating and challenging project and knew Titia was a fantastic mentor and scientist,” says Mirman.

Mirman leads lunches with visiting scholars through Rockefeller’s Friday Lecture Series, in which scientists from around the world present talks and exchange ideas. He is also involved in organizing the Anderson Cancer Center’s annual symposium.

Originally created by alumni in 1995, the DR fellowship honors the late David Rockefeller’s role in founding the university’s graduate program and his commitment to its success. Rockefeller has said that few honors have meant so much to him as the creation of this fellowship.