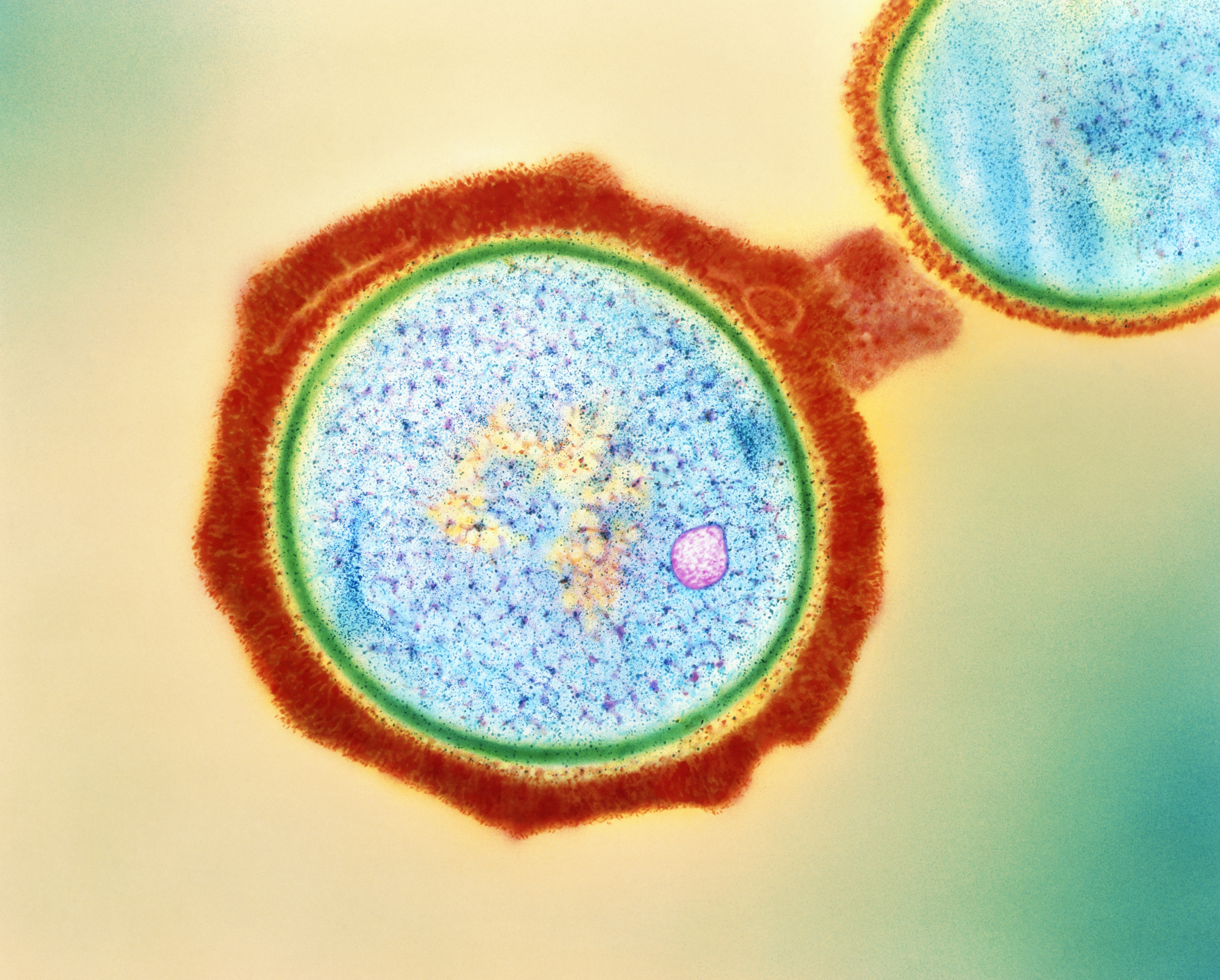 Humans are in a constant arms race with infectious bacteria. To kill these disease microbes, we develop powerful antibiotics; and in turn, the bacteria develop resistance against these drugs. So we enhance our antibiotics, and the bacteria enhance themselves accordingly—resulting in so-called superbugs. Increasingly, medications fail to eliminate these highly adapted bacteria, leaving our bodies dangerously defenseless.

In light of this crisis, for almost 20 years Rockefeller’s Vincent A. Fischetti has been developing a novel form of antimicrobial ammunition known as lysins. Now, these bacteria-killing enzymes have been studied in a phase II human clinical trial, becoming the first antibiotic alternatives to achieve successful outcomes in this stage of clinical development.

Some viruses are very good at killing bacteria. Known as bacteriophages, or simply phages, these viruses infect a microbe, replicate inside of it, and then produce lysin enzymes, which cleave the bacterium’s cell wall. As a result, progeny phages are released from within the bacterium, and the bacterium itself perishes.

In nature, this kind of assault is commonplace: bacteriophages inhabit everything from oceans and soil to human bodies, helpfully regulating microbe populations wherever they go. In fact, every 48 hours half the bacteria on earth are killed by phages, making lysins the most widespread bacteria-killing agents on Earth.

In the lab, lysins can be used as a tool to break down and study the cell walls of bacteria—which is exactly what Fischetti was doing at Rockefeller about two decades ago. Simultaneously, his lab was also working on a vaccine for streptococcus infections, and the broader research community was becoming increasingly worried about antibiotic-resistant infections. This confluence of events led Fischetti to a breakthrough.

“Since I was working with lysins, I knew they killed bacteria instantly. My lab happened to have animals that were orally colonized with streptococci for my vaccine studies,” he recalls. “So, I thought, let me just give these colonized mice some lysin and see what happens to the streptococci.”

The effect was dramatic: an hour after getting the drug, the animals were decolonized of their streptococci. The subsequent publication of this finding was the first to report the therapeutic use of phage lysins.

Compelled by this result, Fischetti and later other scientists began developing lysins against several types of drug-resistant bacteria, many of which successfully cured infections in a wide range of animal models. Until recently, however, no one had tested whether this type of therapy was safe and effective in humans.

Drug-resistant bacteria are especially dangerous—and especially common—in hospitals, where infection can complicate the outcomes of already-sick patients. Of particular concern in this setting is infection with methicillin-resistant Staphylococcus aureus (S. aureus), or MRSA. Though some cases of MRSA are mild, the bacterium can be life-threatening if it spreads to the blood, a condition known as bacteremia.

As the “methicillin-resistant” part of its name suggests, MRSA doesn’t respond to standard antibiotics—which makes it an ideal candidate for treatment with a new kind of bacteria killer. To this end, seven and a half years ago the biotechnology company ContraFect licensed from Rockefeller a lysin that targets Staphylococci, as well as some Streptococci. The company then developed the lysin, now called exebacase, for the treatment of human S. aureus infections, including MRSA.

Following a phase I clinical trial showing that exebacase did not lead to any serious side effects in humans, ContraFect advanced the research into a randomized, double-blind, placebo-controlled phase II study of hospitalized patients with S. aureus bacteremia, approximately one third of whom had MRSA. 116 of these patients were randomly assigned to receive either exebacase or placebo, in addition to antibiotic therapy, and were followed for fourteen days. The researchers found that the rate of treatment response was more than 40 percent higher for MRSA patients receiving exebacase than for those treated with antibiotics alone—a result Fischetti views as very encouraging not only for exebacase, but for lysins at large.

“This is the first time a lysin-based drug has gone this far in clinical development. In fact, there is no antibiotic alternative that has ever successfully completed phase II trials,” he says.  “More work needs to be done, but this study is very promising.”

Moving forward, ContraFect intends to conduct a larger phase III trial, which is necessary for the lysin to be approved as a medicine.

Fischetti hopes that the development of exebacase is part of broader shift in how researchers and clinicians think about the management of bacterial infections. “Bacteria are growing more and more resistant to antibiotics,” he says. “And we’re showing that there are other ways to fight them.”

Vincent A. Fischetti
Professor
Laboratory of Bacterial Pathogenesis and Immunology