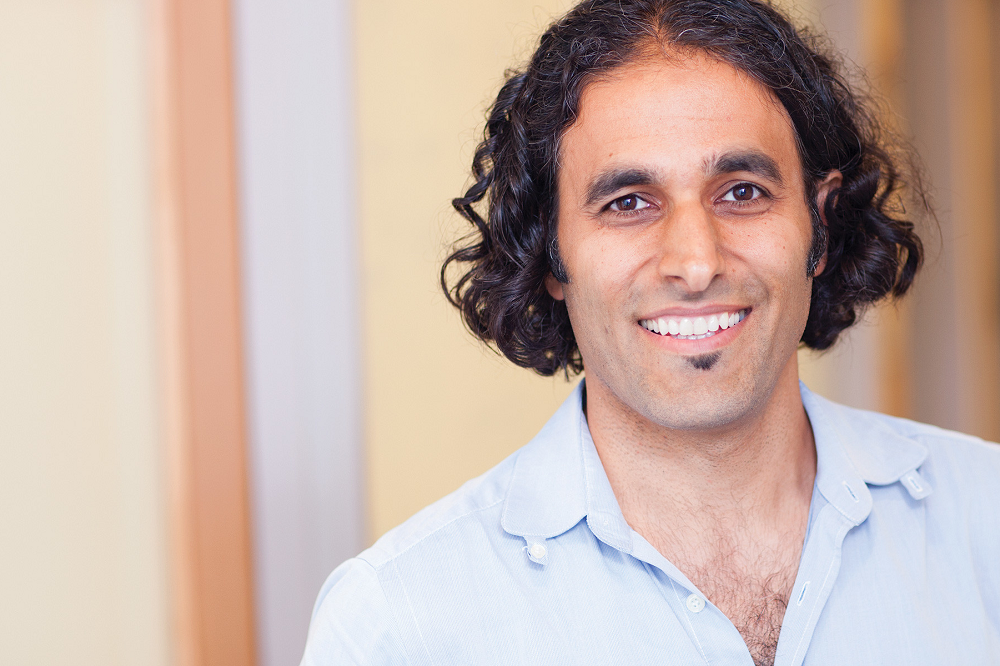 If it weren’t for metastasis, the spread of tumor cells from their site of initiation to adjacent or distant organs, cancer would be a largely survivable disease. Sohail Tavazoie, a physician-scientist who studies the genes that regulate a tumor’s ability to metastasize, has made striking progress toward enhancing our understanding of this process and developing new therapies to thwart it. He has been promoted to professor, as the Leon Hess Professor and head of the Elizabeth and Vincent Meyer Laboratory of Systens Cancer Biology. Tavazoie joined Rockefeller in 2009 and became associate professor in 2015.

“When I first started my research, I was told that metastasis is very complicated, and that finding key genes would be very challenging,” Tavazoie says. “But we’ve made steady progress over the past nine years. We have identified some critical genes that strongly govern metastasis formation.”

By generating an integrated molecular model of how metastatic cells progress, the Tavazoie lab has revealed how the modulation of specific microRNAs—tiny snippets of genetic code—alter expression of downstream genes that regulate metastasis formation. His lab has detected these molecules, looked for changes in their levels in highly metastatic versus poorly metastatic tumor cells, and uncovered the molecular mechanisms that are critical to a journeying cancer cell’s success. Less than one out of every 10,000 cancer cells can go on to form a metastatic colony; the idea is to understand what makes that 10,000th cell so problematic. What genes allow it to break off the original tumor, enter the bloodstream, and begin a new colony in a distant organ? And what keeps the other 9,999 cells in place?

“Instead of just blocking ‘bad’ cancer-driving oncogenes, we’ve found that a drug can also be developed to increase levels of a ‘good’ gene that prevents metastasis formation,” Tavazoie says. “By increasing the expression levels of one such gene, we’ve shown that we can suppress metastasis formation in mice and augment the immune system’s ability to eradicate metastatic cells.”

The Tavazoie lab’s findings are already translating to the clinic. One of the therapies his group has developed, in collaboration with scientists at the biotech company Regnix, is an anti-metastatic small-molecule therapeutic called RGX-104. This first-in-class therapeutic has progressed to national phase-1b trials for patients bearing breast, kidney, lung, bladder, and ovarian cancers. Along with his collaborators, Tavazoie has shown how a drug that turns on a critical gene (in this case ApoE) enhances tumor-fighting T cells’ ability to kill cancer cells and, at the same time, reduce the ability of cancer cells to grow blood vessels.

His lab’s work has also led to the development of a second clinical therapeutic candidate that targets metastatic gastrointestinal cancer. The hope is that in the future a combination of biologically inspired drugs would be developed that inhibit the formation of metastatic colonies or, in cases where cancer has already spread, inhibit the growth of existing metastatic disease.

“Sohail’s work is extremely innovative,” says Richard P. Lifton, the university’s president. “He has made highly novel discoveries. For example, he has gone in a short period of time from identification of a dysregulated microRNA to identification of its targets, to a small molecule that reverses the effect of the microRNA, with demonstration that this has anti-tumor and anti-metastasis activity in mice. This compound is now in human clinical trials. He is also an outstanding mentor and a tireless citizen of the Rockefeller community. This is a well-deserved promotion.”

Going forward, Tavazoie hopes to continue expanding his understanding of how metastases form, uncovering more therapeutic possibilities for patients, while at the same time using cancer to unearth basic insights into how genes are regulated.

“This promotion is an immense honor,” Tavazoie says. “Rockefeller is a one of a kind community where a powerful synergy occurs between basic studies of fundamental biological processes and investigations of human disease. I look forward to the next chapter of discovery at this incredible institution.”

A new pharmacy with clean room and other features makes it possible for pharmacists to prepare highly specialized compounds and sterile injectable drugs for use in clinical research.