Building the machinery that makes proteins 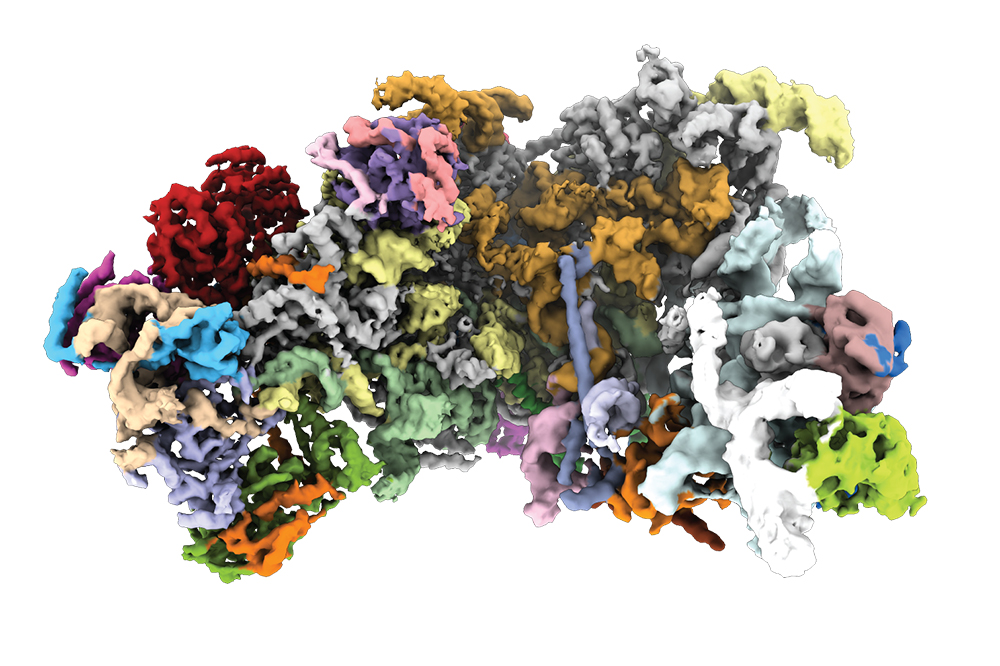 Scientists captured the first structural images of the large ribosomal subunit being assembled.

All of the proteins necessary for life are made by giant molecular machines called ribosomes. A ribosome, in turn, is built from proteins and ribosomal RNAs stitched together with immaculate precision.

At Rockefeller, the lab of Sebastian Klinge has used cryo-electron microscopy to capture the very first snapshots of the large ribosomal subunit—part of the ribosome responsible for forging bonds between amino acids, the building blocks of proteins—coming together. Published in Nature, the study shows that the components of the large subunit are constructed in a modular fashion, following a stepwise assembly pathway. The scientists also identified various proteins called ribosome assembly factors, which transiently bind to RNA components to provide an extra layer of quality control, preventing the ribosome from assembling prematurely.

In rare cases, the ribosome assembly process is disrupted and can result in diseases known as ribosomopathies. Ultimately, Klinge’s findings could help in developing treatments for these disorders, including certain cancers and types of anemia.