In the fight against viral infection, spelling counts 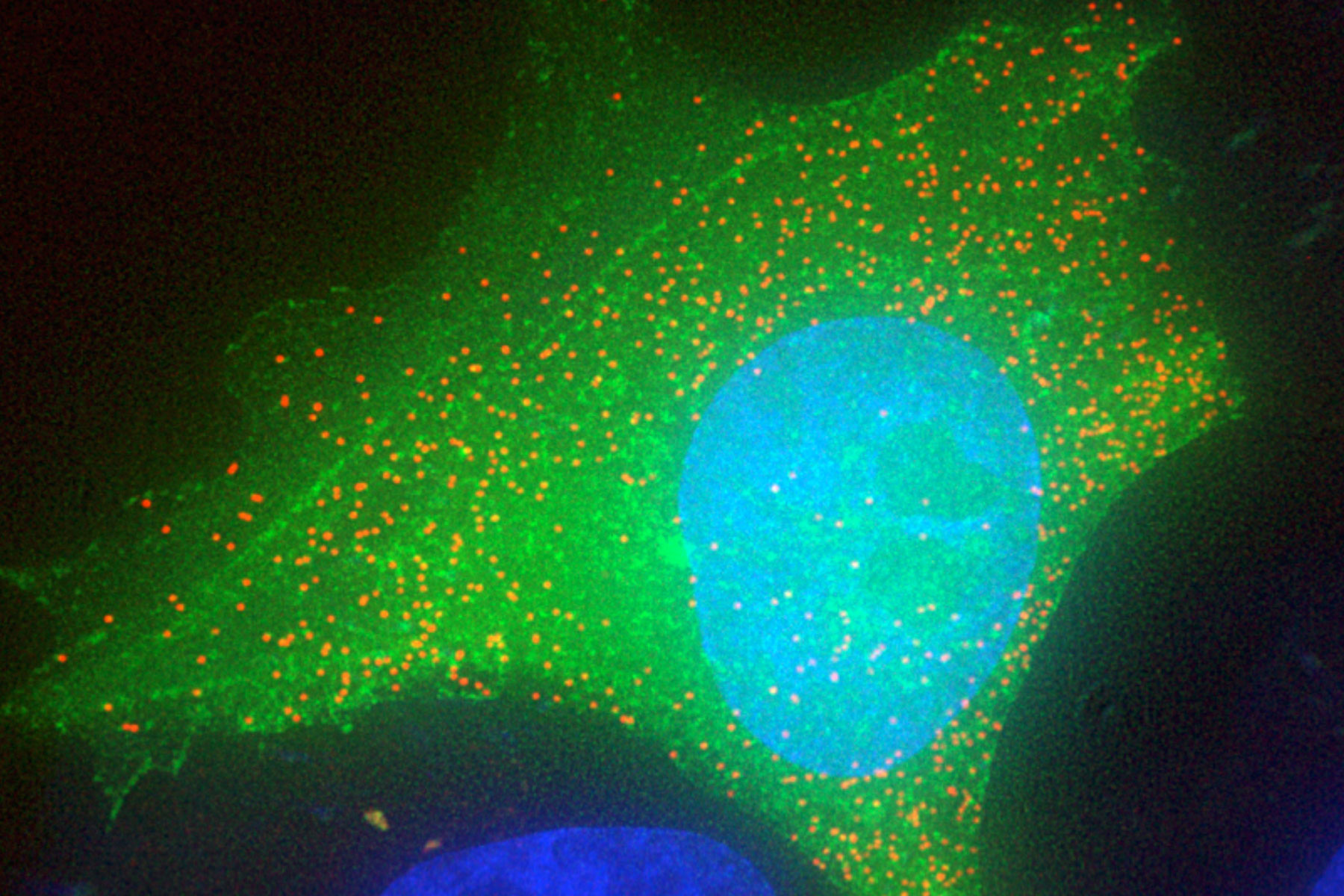 For millions of years, humans and viruses have engaged in a constant tug of war: as our cells evolve new ways to defend us from our viral enemies, these pathogens in turn acquire new traits to sidestep those defenses.

Now, scientists have found that a key similarity between our genes and those of many viruses—a way of spelling out the genetic code – has likely allowed viruses to evade our cellular defenses. Paul Bieniasz, a Rockefeller professor and Howard Hughes Medical Institute Investigator who led the work, says it began as an effort to understand how the viral genome affects the infectious potency of HIV, the virus that causes AIDS.

Surprisingly enough, it all comes down to a matter of spelling.

There are a handful of words in the English language whose spellings can vary without changing their meaning: colour and color, for example, or traveler and traveller. Our genome is no different: there are many different ways of spelling the molecular code that makes up our genes without changing the proteins those genes produce. But Bieniasz and his colleagues found that for HIV and other viruses, certain spellings, or specific variants in the genetic code, are critical for viral replication and infection.

All genomes are strings of small molecules, known as bases, that are represented by letters such as C, G, and A. String those letters out in a particular order, and they spell a word, or gene, that produces a particular protein. In seeking to identify parts of the HIV genome that enable infection, the researchers generated mutant versions of the virus. But rather than changing the proteins spelled out through its genetic letters, they introduced alternate spellings for the genes, keeping the proteins unchanged.

The research team found that some of these viral mutants were unable to grow and replicate. “Intuitively, this is unexpected, because all of the proteins—the workhorses of the virus—are exactly the same,” Bieniasz explains.

The defective mutant viruses had one thing in common, however: they all contained multiple instances of a particular two-letter sequence: CG.

That two-letter sequence doesn’t seem like a terribly unlikely occurrence. There are just four letters in the genetic code, so the probability of finding any two letters together is high—1 in 16, to be exact. And yet, by an odd coincidence of evolution, the CG sequence is rare in human DNA. When placed side by side, the letter C can be modified in a chemical reaction that ultimately leads to its replacement by a different letter.

“Because of this evolutionary loss, the human genome now has about 80 percent fewer CG sequences than we would expect by chance,” explained graduate student Matthew A. Takata, lead author of the new paper.

A bull’s eye for the immune system

We humans are not alone in lacking CG sequences: normal HIV and many other viruses lack them too, but for different reasons. “Many viral genomes cannot go through the same chemical modification process that vertebrate genomes like our own have experienced,” Bieniasz said. “This led us to ask: How and why did HIV and other viruses lose their CG sequences?”

The researchers hypothesized that a cellular surveillance system might exist to identify and destroy CG sequences, thereby preventing viral infection. Bieniasz, Takata, and the research team exploited novel gene editing technology to search for proteins that might serve as such a defense mechanism. They found that in human cells, an antiviral protein called “ZAP” (Zinc-finger Antiviral Protein) can recognize molecules that have many CG sequences. ZAP binds to the sequences, identifying them as the mark of a foreign invader. These viral genomes are then destroyed.

The results offer insight into what caused HIV and other viruses to lose their CG sequences over time. These viruses have likely adapted to mammalian defense mechanisms, evolving to remove CG sequences and avoid surveillance by ZAP.

Although many animal viruses like HIV contain few CG sequences, and hence don’t get destroyed by ZAP, the researchers speculate that the protein still serves to protect us against other pathogens. “Its activity enables cells to recognize foreign invaders as ‘non-self,’” Bieniasz says, “ and may provide defense against viruses from other species, such as biting insects, whose genomes still have high numbers of CG sequences.”

Practically, the discovery may be useful in developing the weakened, or attenuated, viruses that are often used to make vaccines. By genetically engineering a virus to contain an increased number of CG sequences, researchers could potentially come up with a version that would prompt people’s immune systems to produce immunity against the pathogen without actually making them sick.

“Recoding a virus with many additional CG sequences,” says Takata, “is likely to be an effective, adjustable and largely irreversible way of attenuating it, making vaccine development faster and safer.”