Rockefeller tops ranking of 1,300 universities in measures of scientific impact and productivity

In an international comparison of universities, Rockefeller University ranks first place in categories related to scientific impact and research productivity. The results, which were released last month by the European Commission–funded organization U-Multirank survey, incorporate data on more than 1,300 institutions in over 90 countries. 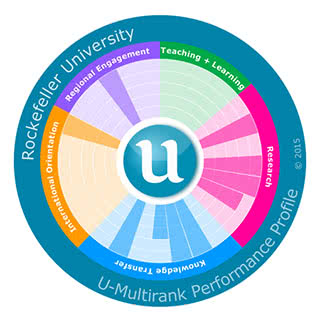 Established by the European Commission in 2014, U-Multirank compares international universities across five broad dimensions: teaching and learning, research, knowledge transfer, international orientation, and regional engagement. The data included in the rankings are drawn from a number of sources, including information supplied by international bibliometric and patent databases.

by Alexandra MacWade, assistant editor A comparison of more than 1,300 universities worldwide has found that Rockefeller University ranks first place in two key categories that measure the impact of its research and the transfer of knowledge to the private sector. The results, which were released April 4 by the European…...

Drug-resistant strains of tuberculosis bacteria affect half a million people a year. A compound first discovered in the 1980s may be able to help.

Unlike their female counterparts, male mosquitoes have no desire to bite us. But the hardware for host-seeking is hidden in the male mosquito brain, locked behind a simple genetic switch.

This fish is about to flip

An elaborate set of zebrafish experiments is shining light on one of neuroscience’s greatest enigmas: How brains make decisions. By tracking neural activity, scientists can now predict a fish’s next move before it happens.