Viral fossils reveal how our ancestors eliminated an ancient infection 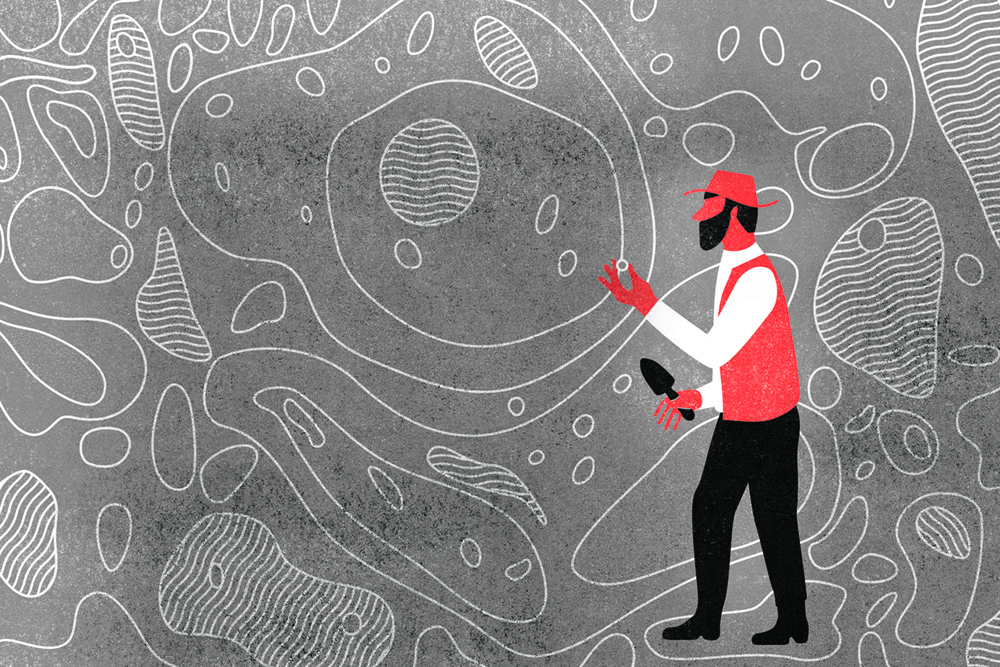 Scientists are searching the genomes of old-world primates for traces of a virus that thrived more than 13 million years ago. (Illustration by André da Loba)

Just as paleontologists study dinosaur bones to learn when these prehistoric creatures lived and died, biologists are examining DNA to find out when ancient viruses were at their peak, and how they met their demise.

New research from The Rockefeller University has uncovered how our ancestors may have wiped out a primordial virus around 11 million years ago. Published in the journal eLife, the findings suggest that our primate ancestors evolved a defense mechanism that involved manipulating the function of one of the virus’s genes, turning the virus against itself.

“Analyzing viral fossils can provide a wealth of insight into events that occurred in the distant past,” says senior author Paul Bieniasz, head of the Laboratory of Retrovirology and a Howard Hughes Medical Institute investigator. “In particular, this study is an example of how viruses themselves can provide the genetic material that animals use to combat them, sometimes leading to viral extinction.”

Retroviruses, a class of viruses that include the human immunodeficiency virus (HIV), are abundant in nature and can leave lasting traces of their existence if they infect cells of the germ line. Unlike other viruses, they include a step in their life cycle where their genetic material is integrated into the genome of their host—creating a genetic fossil record that can be preserved in the genomes of the host and its evolutionary descendants.

To examine how extinct viral lineages could once have been eliminated, Bieniasz and colleagues analyzed retroviral fossils left by human endogenous retrovirus T (HERV-T), which replicated in our primate ancestors for approximately 25 million years before it was eradicated about 11 million years ago.

Working with Robert Gifford from the University of Glasgow, the team first compiled a near-complete catalog of HERV-T fossils in old-world monkey and ape genomes. They then reconstructed the HERV-T retrovirus’ outer envelope protein—a molecule that allows a virus particle to bind to cells and begin the viral replication cycle.

The researches also identified a fossilized HERV-T gene in the genomes of contemporary humans that was absent in more distantly-related primate genomes. They found that this gene encodes a well-preserved envelope protein that can block retroviral infection by depleting MCT-1 from cell surfaces.

“It appears this gene was integrated into the ancestral primate genome around 13 to 19 million years ago, and we believe it was around this time that the function of this gene switched,” says Blanco-Melo. “Ancestral hominids evolved a defense mechanism against HERV-T, using the virus’s own gene against itself, eventually leading to its extinction.”

New evidence that boosters may be crucial in protecting against Omicron

Researchers found that the antibodies present in people who have had COVID or taken two doses of mRNA vaccine are inadequate against Omicron. But their protective ability increases significantly after a booster dose.

Will SARS-CoV-2 escape future drugs by mutating? The answer may be a nuanced “no.”

Scientists hope to deploy antibodies in the quest to end COVID-19. A recent study moves them closer to accomplishing a key step: finding out if the virus may acquire resistance to antibody-based drugs or vaccines, and how to potentially prevent this.