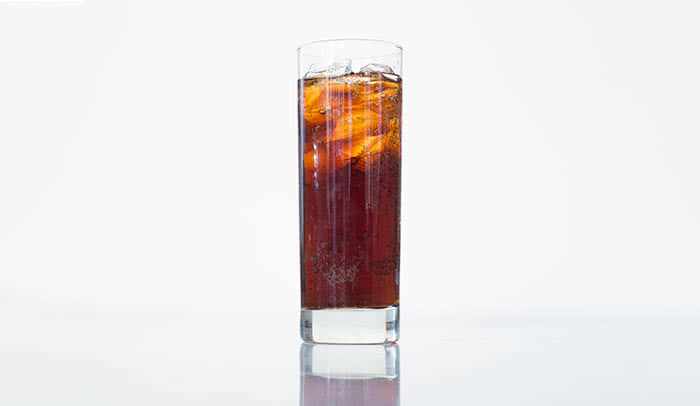 Sugar bomb in disguise? Aspartame, a common ingredient of diet soda, may not be a safe option to sugar. Rockefeller scientists are exploring a possible mechanism by which steady consumption of this artificial sweetener might make us more vulnerable to the health risks of natural ones, like sucrose.

There was a time when Thomas Huber, a molecular biologist at The Rockefeller University, was drinking about 36 ounces of diet cola a day. More than a year ago, Huber, a research assistant professor in Thomas P. Sakmar’s Laboratory of Chemical Biology and Signal Transduction, became curious about how the artificially sweetened drink might be affecting his body’s ability to process sugar. He decided to experiment on himself.

The soda is sweetened with aspartame, one of a handful of FDA-approved artificial sweeteners engineered to lack the fattening calories of natural sugar and minimize its potentially toxicity. But, the blood tests Huber gave himself suggested, as previous research has, that diet drinks may not be a safe alternative to their sugary counterparts.

With Sakmar, who is the Richard M. and Isabel P. Furlaud Professor and a senior physician at The Rockefeller University Hospital, and John Paddock, a medical student at Weill Cornell Medical College of Cornell University, Huber is now looking for other dedicated diet soda drinkers to participate in a clinical study exploring the long-term effects of aspartame on metabolism. The researchers speculate that, in spite of their differences, other artificial sweeteners may cause similar disruptions.

Failing to fool the gut

Huber has a hypothesis to explain the abnormalities he saw in his own blood work and in previous research: “It has recently become clear that the same sweet receptors found on the tongue also line the small intestine. So, what if artificial sweeteners activate these gut receptors? And, what if chronic, heavy consumption of these sweeteners overstimulates these receptors, preventing them from responding normally to food?” he says.

Overstimulation of these sweet receptors becomes a problem, the researchers suspect, because they prompt the release of incretin hormones that help keep blood sugar in check. These hormones regulate the production of insulin, another hormone that prompts cells to remove sugar from the blood to limit its levels. At high levels over time, sugar causes the sort of damage associated with diabetes complications.

The incretin system gives insulin release a head start tamping down blood sugar. As food passes through the small intestine, the sweet receptors pick up its sugar content, prompting the release of incretin hormones, including one known as GLP-1, which tell the pancreas to begin releasing insulin. Huber wondered if artificial sweeteners, including aspartame, might act just like sugar when consumed in large quantities, overstimulating these sweet receptors and altering the incretin system.

The test Huber gave himself is known as a glucose tolerance test, and it involves drinking a solution that contains a defined amount of sugar, then monitoring blood sugar levels over two hours. The first test revealed abnormally high blood sugar during the two-hour interval; but after he put his soda habit on hiatus for three weeks and retested himself, those levels returned to normal.

The trial follows a roughly similar format: Researchers track participants’ blood sugar and incretin hormone levels while drinking diet soda, during a three-week abstention, and then again after the participants have resumed consuming it. The researchers also monitor the microbes inhabiting participants’ guts, which may play a role in metabolic changes, including those associated with artificial sweeteners.

Huber’s hypothesis, with its focus on the sweet receptors in the gut, was inspired by his own research in Sakmar’s lab, on a large family of molecules crucial to human biology: G protein-coupled receptors. Sweet receptors belong to this group, as do other receptors crucial to our senses.

For some people, including those who drink a lot of diet soda, the desire for sweetness appears to feed on itself. The biology of G protein-coupled receptors is responsible; depending on the amount of stimulation they receive, these receptors can become desensitized or sensitized.

“For instance, once the light goes on in a dark room, it may seem overwhelmingly bright at first, but your vision quickly adapts. The same is true if you constantly eat artificial sweeteners or sugar,” Sakmar says. “This desensitization most likely drives some people to consume even more. The good news is that both the increased desire for sweetness, as well as the accompanying problems metabolizing sugar, appear reversible.”

The ongoing trial is studying dedicated diet soda drinkers who consume at least 36 ounces a day, and are in general good health. Additional detailed information about this study is available here.

This work was supported by the NIH’s National Center for Advancing Translational Sciences (grant no. UL1 TR000043/UL1 TR001866), and the Rockefeller University Hospital.

Researchers have discovered a new compound that helps fortify the intestine's inner lining, which becomes porous in inflammatory bowel diseases.