Jennifer Doudna is perhaps best known for her work on the CRISPR gene-editing technology that has sparked a scientific revolution. CRISPR, though, is but one accomplishment in a remarkable career illuminating multifaceted RNA molecules in action. From her time as a Harvard graduate student, Dr. Doudna has displayed an ingenious capacity to reveal the structural basis of RNA function. She was the first person in 20 years of attempts to succeed in detailing the intricacies of a large RNA molecule, showing that—contrary to expectations—it had a defined, organized architecture. Her exploration of ribozymes, or RNA enzymes, delineated how these molecules are folded to perform their protein-like roles. From her studies of self-replicating RNA to her more recent focus on the RNA of hepatitis C and other viruses, Dr. Doudna has catalyzed change and opened new research directions.Dr. Doudna is a professor at the University of California, Berkeley; a Howard Hughes Medical Institute Investigator; and director of the Innovative Genomics Institute, a joint UC Berkeley–UC San Francisco center. She has received many honors including the Breakthrough Prize in Life Sciences and the Gruber Prize in Genetics. Dr. Doudna is a member of the National Academy of Sciences, the National Academy of Medicine, and the National Academy of Inventors. 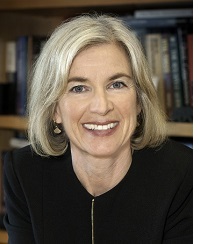 Agnes Gund is president emerita of the Museum of Modern Art and chair of MoMA PS1. She joined the MoMA Board in 1976 and served as president from 1991 to 2002. She is founder and chair of Studio in a School, established in 1977 in response to budget cuts that virtually eliminated arts classes from New York City public schools. A philanthropist and collector of modern and contemporary art, she is also co-founder and chair of the Center for Curatorial Leadership and serves on the boards of the Cleveland Museum of Art and the Foundation for Contemporary Arts, among others. In June 2017, she launched the Art for Justice Fund in partnership with the Ford Foundation and Rockefeller Philanthropy Advisors to support criminal justice reform in the U.S. Ms. Gund holds a B.A. in History from Connecticut College and an M.A. in Art History from Harvard University. 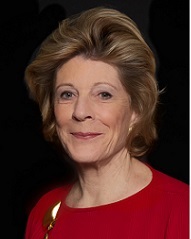 The Pearl Meister Greengard Prize, awarded annually by The Rockefeller University, was established by Dr. Paul Greengard, the University’s Vincent Astor Professor, and his wife, the sculptor Ursula von Rydingsvard. Dr. Greengard donated his monetary share of the 2000 Nobel Prize in Medicine to Rockefeller and, in partnership with generous supporters of the University, created this major international prize. The prize is name in memory of Dr. Greengard’s mother, who died giving birth to him.