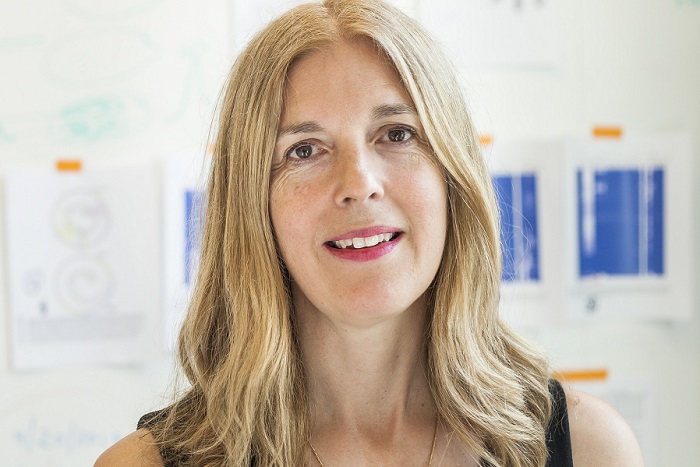 Leslie B. Vosshall, a Rockefeller faculty member known for her research on how the tiny but deadly mosquito perceives and processes sensory information, has been appointed vice president and chief scientific officer of the Howard Hughes Medical Institute (HHMI). In this role, Vosshall will lead and manage HHMI’s Science Department portfolio, including the HHMI Investigator and Hanna H. Gray Fellows programs. Her work will support HHMI’s endeavor to build a diverse scientific workforce and to foster a scientific culture that prizes mentorship, inclusive environments, and open sharing of research.

Vosshall, who herself became an HHMI Investigator in 2008, is Rockefeller’s Robin Chemers Neustein Professor and head of the Laboratory of Neurogenetics and Behavior. She will succeed David Clapham, who has served as HHMI’s chief scientific officer since 2016. Her role at HHMI will begin part time in January 2022 and will transition to full time in March.

While taking on this important leadership position, Vosshall will continue her Rockefeller lab and will remain a professor at the university, where she has pioneered the use of the Aedes aegypti mosquito as a model organism. This mosquito species is responsible for spreading dengue, Zika, chikungunya, and yellow fever, diseases that kill hundreds of thousands of people each year. Vosshall has developed cutting-edge techniques to tease out the specific genes and neural circuits that drive female mosquitoes bloodsucking behavior.

“Leslie is a bold and highly experienced scientist and leader,” says Richard P. Lifton, Rockefeller’s president. “HHMI is a remarkably important contributor to the world’s biomedical enterprise, and I have no doubt that Leslie will continue to advance HHMI’s commitment to both the most creative and incisive science and to equity in the research enterprise. All of us invested in the success of the scientific endeavor will benefit from her leadership.”

In the organization’s press announcement, HHMI President Erin O’Shea said, “I’m thrilled to welcome Leslie to our HHMI leadership team. Her combination of scientific skill, HHMI experience, and passion for building the future of science will help us take big leaps forward to achieve our goals.”

Rockefeller and HHMI have a storied history of collaboration, with both institutions following a credo of investing in “people, not projects.” In 1985, Purnell Choppin, a Rockefeller physician and virologist, left the university to take on the same role as Vosshall, vice president and chief scientific officer. He later rose to the rank of president in 1987, a position he held until his retirement in 1999.