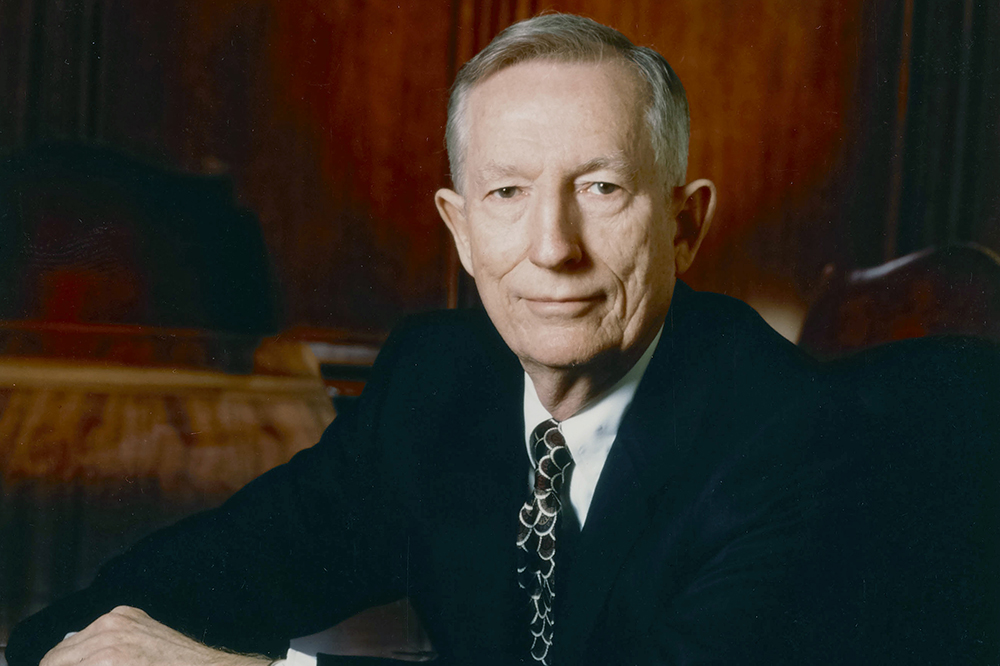 Purnell Choppin, a physician, virologist, and scientific administrator who performed pioneering research on viruses at The Rockefeller University and later exerted a powerful influence on biomedical research as president of the Howard Hughes Medical Institute, has died at the age of 91.

Over the course of his 28-year career at Rockefeller, Choppin greatly advanced scientific understanding of how viruses penetrate our cells and hijack their internal machinery—knowledge that is essential to developing effective vaccines and antiviral therapies.

From the late 1950s to the mid-1980s, Choppin and his colleagues in the Laboratory of Virology studied how viral particles, particularly those responsible for influenza and measles, attach to cells, inject them with viral proteins and RNA, and turn them into factories for manufacturing additional virus particles. In addition to explaining how viruses infect and sicken us, investigations in Choppin’s lab shed light on other medically important topics such as tumor formation and illuminated fundamental aspects of cell biology and gene function.

Toward the end of his tenure at Rockefeller, Choppin and his team helped explain how persistent viral infections can lead to chronic neurological disease, and they used their knowledge of viral proteins to develop antiviral agents that successfully inhibited infection by influenza viruses.

Choppin left Rockefeller in 1985 to become vice president and chief scientific officer of the Howard Hughes Medical Institute, the largest private nonprofit funder of biomedical research in the country. He became HHMI’s president in 1987, retiring from that position in 1999. At HHMI, Choppin made structural biology, which focuses on the structure and dynamics of biological molecules such as proteins and nucleic acids, one of the organization’s principal research areas. And he presided over a period of tremendous growth for the organization, more than tripling the number of HHMI investigators and expanding the organization’s biomedical research and scientific training programs. As head of HHMI, Choppin was also a prominent advocate for the advancement of science in the public interest.

He arrived in New York simultaneously with the 1957 flu epidemic. A strain of virus from the pandemic—originally cultured for Choppin’s own throat—became one of the most widely used in studies of the H2N2 influenza virus.

Choppin joined the Rockefeller faculty in 1959, advancing to become Leon Hess Professor of Virology and head of the Laboratory of Virology. During his time at Rockefeller, he also served as vice president for academic programs and dean of graduate studies, and as senior physician to The Rockefeller University Hospital. In the early 1980s, together with other prominent virologists, including future Rockefeller president and Nobel laureate David Baltimore, Choppin helped organize the American Society for Virology.

Choppin is survived by his wife, Joan MacDonald, and their daughter, Kathleen Choppin.