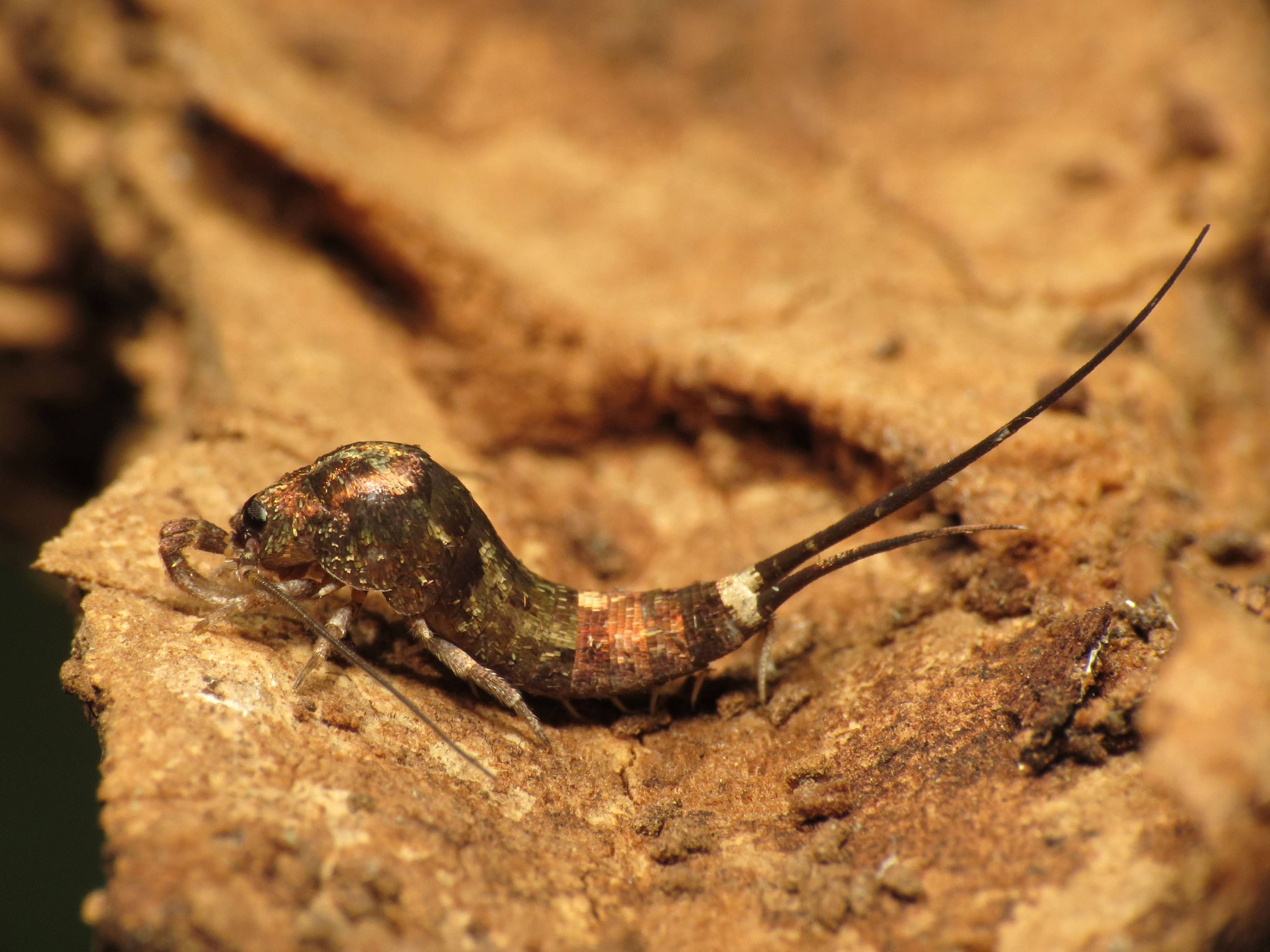 All senses must reckon with the richness of the world, but nothing matches the challenge faced by the olfactory system that underlies our sense of smell. We need only three receptors in our eyes to sense all the colors of the rainbow—that’s because different hues emerge as light-waves that vary across just one dimension, their frequency. The vibrant colorful world, however, pales in comparison to the complexity of the chemical world, with its many millions of odors, each composed of hundreds of molecules, all varying greatly in shape, size and properties. The smell of coffee, for instance, emerges from a combination of more than 200 chemical components, each of which are structurally diverse, and none of which actually smells like coffee on its own.

“The olfactory system has to recognize a vast number of molecules with only a few hundred odor receptors or even less,” says Rockefeller neuroscientist Vanessa Ruta. “It’s clear that it had to evolve a different kind of logic than other sensory systems.”

In a new study, Ruta and her colleagues offer answers to the decades-old question of odor recognition by providing the first-ever molecular views of an olfactory receptor at work.

The findings, published in Nature, reveal that olfactory receptors indeed follow a logic rarely seen in other receptors of the nervous system. While most receptors are precisely shaped to pair with only a few select molecules in a lock-and-key fashion, most olfactory receptors each bind to a large number of different molecules. Their promiscuity in pairing with a variety of odors allows each receptor to respond to many chemical components. From there, the brain can figure out the odor by considering the activation pattern of combinations of receptors.

Olfactory receptors were discovered 30 years ago. But scientists have not been able to see them up close and decipher their structural and mechanistic workings, in part because these receptors didn’t lend themselves to commonly available molecular imaging methods. Complicating the matter, there seems to be no rhyme or reason to the receptors’ preferences—an individual odor receptor can respond to compounds that are both structurally and chemically different.

“To form a basic understanding of odorant recognition we need to know how a single receptor can recognize multiple different chemicals, which is a key feature of how the olfactory system works and has been a mystery,” says Josefina del Mármol, a postdoc in Ruta’s lab.

So Ruta and del Mármol, along with Mackenzie Yedlin, a research assistant in the lab, set out to solve an odor receptor’s structure taking advantage of recent advances in cryo-electron microscopy. This technique, which involves beaming electrons at a frozen specimen, can reveal extremely small molecular constructs in 3D, down to their individual atoms.

The team turned to the jumping bristletail, a ground-dwelling insect whose genome has been recently sequenced and has only five kinds of olfactory receptors. Although the jumping bristletail’s olfactory system is simple, its receptors belong to a large family of receptors with tens of millions of variants thought to exist in hundreds of thousands of different insect species. Despite their diversity, these receptors function the same way: They form an ion channel—a pore through which charged particles flow—that opens only when the receptor encounters its target odorant, ultimately activating the sensory cells that initiate the sense of smell.

The researchers chose OR5, a receptor from the jumping bristletail with broad recognition ability, responding to 60 percent of the small molecules they tested.

They then examined OR5’s structure alone and also bound to a chemical, either eugenol, a common odor molecule, or DEET, the insect repellent. “We learned a lot from comparing these three structures,” Ruta says. “One of the beautiful things you can see is that in the unbound structure the pore is closed, but in the structure where it’s bound with either eugenol or DEET, the pore has dilated and provides a pathway for ions to flow.” 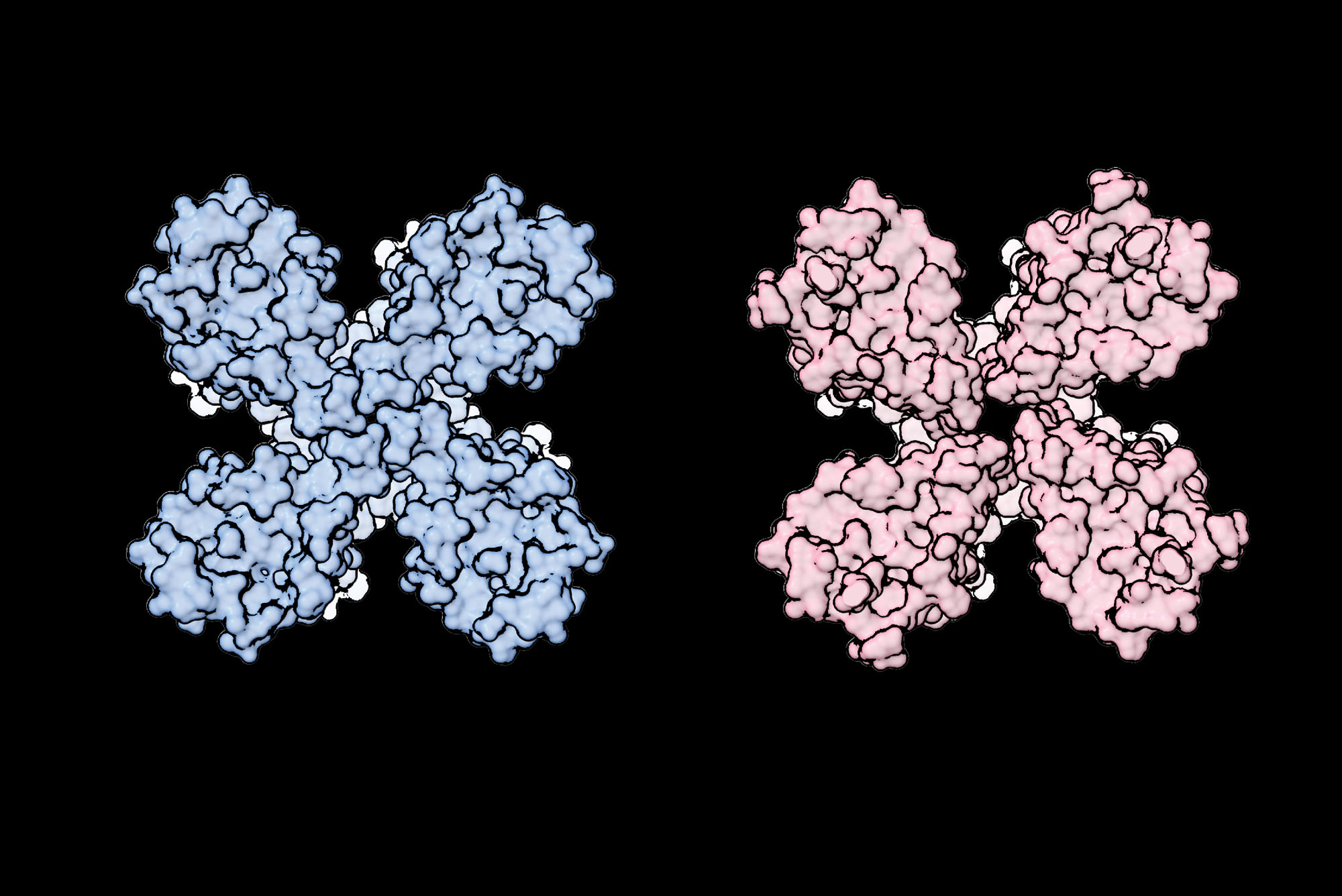 The channel pore (blue) of an olfactory receptor dilates (pink) when an odor molecule binds to the receptor.

With the structures in hand, the team looked closer to see exactly where and how the two chemically different molecules bind to the receptor. There have been two ideas about odor receptors’ interactions with molecules. One is that the receptors have evolved to distinguish large swaths of molecules by responding to a partial but defining feature of a molecule, such as a part of its shape. Other researchers have proposed that each receptor packs multiple pockets on its surface at once, allowing it to accommodate a number of different molecules.

But what Ruta found fit neither of those scenarios. It turned out that both DEET and eugenol bind at the same location and fit entirely inside a simple pocket within the receptor. And surprisingly, the amino acids lining the pocket didn’t form strong, selective chemical bonds with the odorants, but only weak bonds. Whereas in most other systems, receptors and their target molecules are good chemical matches, here they seemed more like friendly acquaintances.  “These kinds of nonspecific chemical interactions allow different odorants to be recognized,” Ruta says. “In this way, the receptor is not selective to a specific chemical feature. Rather, it’s recognizing the more general chemical nature of the odorant,” Ruta says.

And as computational modeling revealed, the same pocket could accommodate many other odor molecules in just the same way.

But the receptor’s promiscuity doesn’t mean it has no specificity, Ruta says. Although each receptor responds to a large number of molecules, it is insensitive to others. Moreover, a simple mutation in the amino acids of the binding site would broadly reconfigure the receptor, changing the molecules with which it prefers to bind. This latter finding also helps to explain how insects have been able to evolve many millions of odor receptor varieties suited for the wide range of lifestyles and habitats they encounter.

The findings are likely representative of many olfactory receptors, Ruta says. “They point to key principles in odorant recognition, not only in insects’ receptors but also in receptors within our own noses that must also detect and discriminate the rich chemical world.”

The structural basis of odorant recognition in insect olfactory receptors