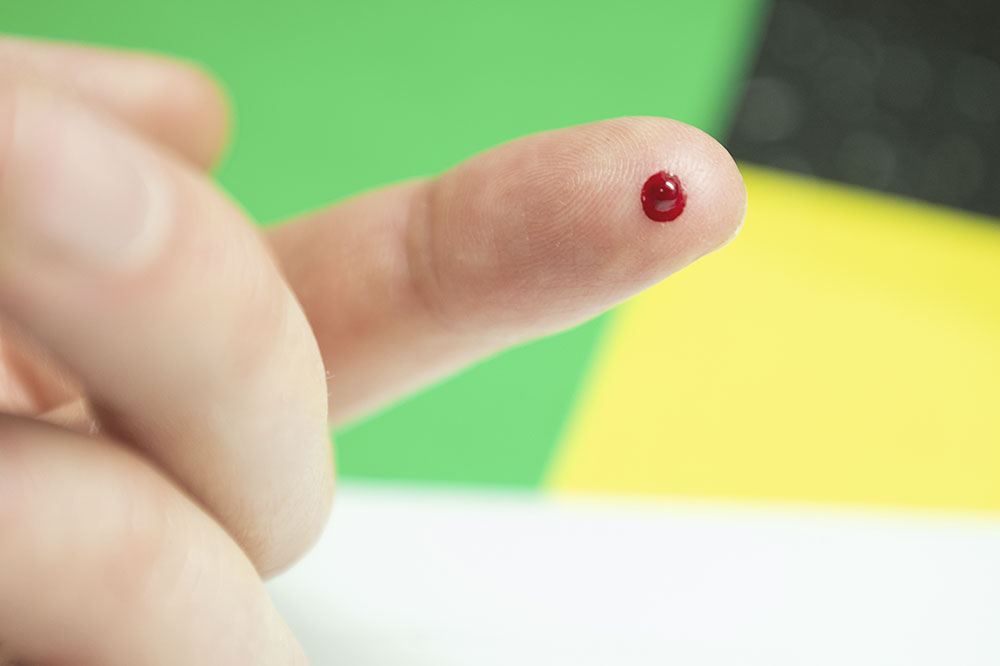 For people with rheumatoid arthritis, life is a little like sailing. On clear days with no symptoms, everything works exactly as it should; when a storm rolls in and symptoms flare up, even simple tasks become painfully difficult. But while literal storms are easy to forecast, arthritis flares tend to strike with no rhyme or reason.

Now, new research suggests that life with the disease may become a little more predictable in the future. In a paper in the New England Journal of Medicine, researchers from the lab of Robert B. Darnell have identified a new type of cell whose presence in the bloodstream dramatically increases in the week leading up to a flare-up. Methods that detect these cells might one day be developed to predict flares, offering a weather gage for oncoming pain and discomfort.

“If we can reliably identify these new cells in patients, we may be able to tell them ‘You’re about to have a flare,’ so they can prepare themselves,” says Darnell. “This would make flares less disruptive and easier to manage.”

In addition, the newly discovered cells may hold a key to understanding the root causes of rheumatoid arthritis—perhaps offering a way to prevent the flares from taking place at all.

Little was known about what causes rheumatoid arthritis symptoms to wax and wane. Rather than looking directly to the affected joints, the Darnell lab thought to examine changes in the blood leading up to a flare. The group studies RNA and its connection to diseases like cancer and neurological disease. For this experiment, they chose to use longitudinal RNA sequencing, a method of analyzing gene expression over long periods of time to observe any changes during disease states. This technique could pinpoint any molecular variations as arthritis symptoms came and went.

To do this research the right way, the lab needed a lot of data. Rheumatoid arthritis patients normally come to the hospital for monthly bloodwork, but the scientists wanted to see how the blood changed on a weekly basis. Rather than having patients come in every week, they developed a finger-prick kit for collecting samples from home.

Over a period of four years, patients mailed their blood samples to the lab and reported their symptoms, noting when flares occurred. Later on, the researchers analyzed blood collected the weeks before symptoms worsened.

The first observation was not entirely unsurprising: About two weeks before a flare, lab members saw increased activity from B cells, which create antibodies—a common trait of autoimmune disorders. But things got more interesting in the samples collected a week later, in the days just prior to a flare.

There, the scientists noticed a signature for a cell that didn’t match any known cell type. The cells were normally present in low levels in the blood, then spiked in the week before a flare, and all but disappeared during the flare itself. They named their new discovery PRIME cells. And PRIME cells didn’t look anything like what’s normally found in the bloodstream.

“We were so surprised to see that the genes expressed right before a flare are normally active in the bone, muscle, and extracellular matrix—strange pathways to find in blood cells,” says Dana Orange, Assistant Professor of Clinical Investigation and a co-author on the paper. “That really piqued our interest.”

New cells with a familiar face

The function of PRIME cells remains to be established—but the scientists already have some clues. Based on RNA expression profiles, they found these cells to be strikingly similar to synovial fibroblasts, which are found in the tissue linings of joints.

Darnell believes that PRIME cells may be precursors to these fibroblasts, which are known to play a role in causing rheumatoid arthritis symptoms. For example, in mouse experiments where scientists removed these fibroblasts from an inflamed joint, and transplanted them to a healthy one, the latter joint became arthritic too.

Lab members are now working to learn as much as possible about PRIME cells, and how to quickly detect them. If doctors can easily test for the presence of PRIME cells in the blood one day, they may be able to provide patients with forecasts of oncoming flares to make symptoms less disruptive.

Moreover, if it turns out that PRIME cells are indeed causing the flares, their discovery may open the door to developing therapies that nip inflammation in the bud.

“For doctors and patients, intervention before a flare up is always better than just treating symptoms,” says Darnell. “If these cells are the antecedents to joint sickness, they become a potential target for new drugs.”

FMRP, a protein whose loss causes intellectual disability, may regulate a neuron's synaptic response by establishing a feedback loop between the cell's nucleus and its faraway dendrites.

The DRUL saliva assay is safer, more comfortable, and less expensive than comparable COVID screening tools. Now a new study demonstrates that it is at least as sensitive as swab tests, too.

Two new cases helped scientists confirm what many have come to suspect: that people can get infected by SARS-CoV-2 variants even after successful vaccination. The findings suggest continued testing may be needed to prevent future outbreaks in a post-vaccine world.