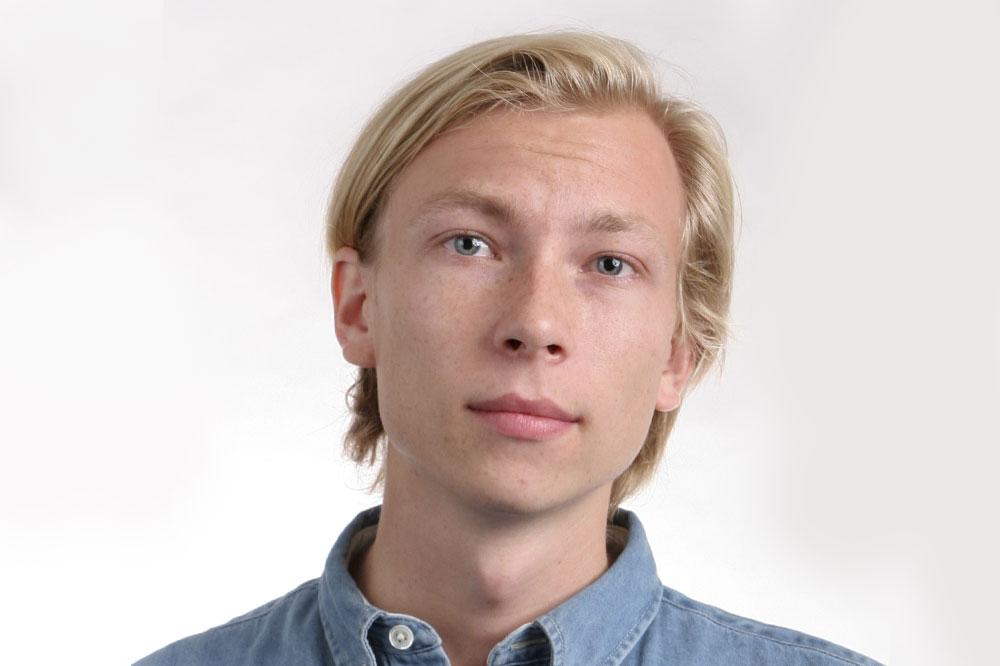 Tom Hindmarsh Sten, a third year graduate student and behavioral neurobiologist in Vanessa Ruta’s lab, has been awarded the 2020 David Rockefeller Fellowship for Graduate Studies, the university’s most prestigious graduate fellowship. His work, on the fundamental cognitive and neurological pathways underlying courtship behavior in Drosophila, addresses a fundamental question in neuroscience: How are brains able to switch the way that they react to the same stimulus?

By locating neurons in the visual circuits of the male fly brain, Hindmarsh Sten has recorded how upon sensing a female fly visual neural activity dials up, triggering a switch from everyday fly behavior to courtship. This upregulation, or increase in firing rates, keeps the male fly focused on fellow female flies he may have previously ignored entirely.

“The ability of brains to generate different responses to the exact same stimulus is a fundamental feature of how we get at cognition and higher order behaviors. Without that ability, the brain would be capable of much less,” says Hindmarsh Sten.

Hindmarsh Sten moved to the United States from Sweden as a high school junior, and he stayed to pursue his undergraduate education at New York University. There, in the laboratory of Robert C. Fromke, he performed computational analysis of neural data and used mathematical theory to examine how animals acquire knowledge and the context dependent dynamics by which that knowledge is expressed over time—for example, how animals can be trained for a test, but later have difficulty under the pressures of a timed trial.

While he had originally intended to become a physician, Hindmarsh Sten became passionate about neuroscience. He applied to both medical schools and to Rockefeller’s graduate program, wagering that if accepted, he’d fully change paths. “Neuroscience today presents a remarkable opportunity to begin to understand how brains give rise to both very simple and very complex behaviors. I knew that Rockefeller was the ideal place to explore this and to combine computational and bench approaches.”

“I was very inspired by the remarkably creative ways that the lab combined toolkits from seemingly disparate fields of science to yield a cohesive understanding of neural circuits,” says Hindmarsh Sten. “Beyond this I am continually amazed by Vanessa’s steadfast and remarkably supportive mentorship.”

As he moves forward with his graduate research, Hindmarsh Sten is hoping his insight into courtship behaviors will reveal how male flies build a state of sustained attention and interest, and will shed light on the specific electrical and chemical properties of individual neurons that build up a circuit during prolonged behaviors of all kinds—mating, but also foraging, fighting, and other activities.