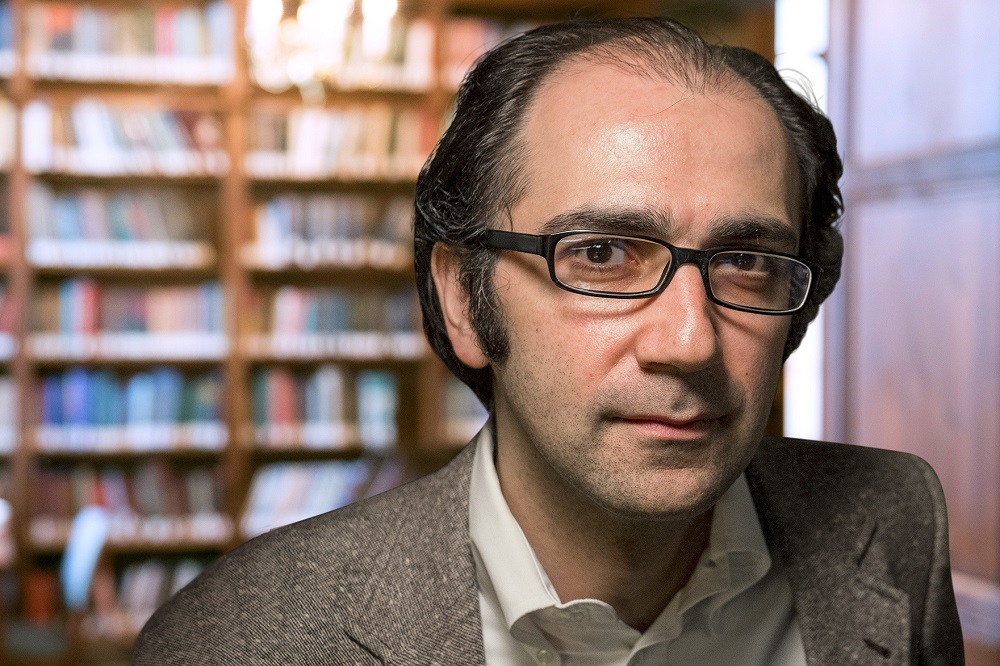 With today’s standard imaging tools, scientists are able to record signals from about 100 neurons at once—which isn’t nearly enough to understand how complex brain functions such as thoughts, feelings, and behavior emerge from the activity of densely connected neurons in the brain. To do so, more sophisticated technologies are needed—ones that make it possible to monitor the activities of large populations of neurons distributed across the entire brain at once. Moreover, such tools must be capable of maintaining sufficient resolution to see each cell individually, and of capturing the interplay among them, within a living brain and in real time. It’s a tall order.

Rockefeller’s Alipasha Vaziri, head of the Laboratory of Neurotechnology and Biophysics, has developed highly innovative new ways of peering into the brains of animals while they are awake and able move around freely. Since he joined Rockefeller as an associate professor in 2015, his lab has created and applied new imaging techniques that capture the activity of vast numbers of neurons, up to the level of entire brains, with record speed and spatial resolution, and at new depths. His promotion to professor was approved by the university’s Committee on Scientific Affairs on June 3.

Vaziri’s work is providing increasingly comprehensive pictures of the brain in action. Among other things, it’s yielding new insights into how the brain processes sensory information, governs decision-making and motor planning, and performs other complex functions.

“Alipasha has developed a world-leading lab in the field of optical neurotechnology,” says Richard P. Lifton, the university’s president. “His body of work has been built from his deep understanding of physics and optics, which he has used to develop highly innovative imaging technologies to simultaneously record the activity of tens of thousands of neurons in the brain in awake animals engaged in behavioral tasks. He is an exemplar of the novel approaches that a creative physicist can bring to biological research.”

One of the techniques developed in the Vaziri lab is based on light-field microscopy and has allowed scientists to track the activity of all neurons within the brain of a freely behaving roundworm or head-fixed and behaving zebrafish larvae. Vaziri later used this approach to observe the neural activity underlying a zebrafish’s decision-making and motor planning process in a behavioral task, and was even able to make accurate predictions about the time point and direction of a fish’s next move, based on its brain activity in an instant-by-instant basis.

Another technique created in the Vaziri lab, known as light sculpting, enables scientists to peer deep into the opaque, light-scattering brain tissue of rodents. In combining this approach with powerful new computer algorithms, his team has simultaneously recorded from as many as 12,000 neurons located at varying depths of the mouse brain, providing glimpses of how neurons at different locations interact with each other as a mouse moves about and engages with its environment.

In the coming years, Vaziri plans to continue expanding the limits on imaging neuronal activity, while at the same time also making new discoveries about the neural mechanisms underlying behavior.

“In order to understand how complex animal behavior is generated,” he says, “we aim to further push the boundaries in speed, resolution, depth, and scale at which neuroactivity is recorded in the mammalian brain.”

This work will require further development of new optical neurotechnologies as well as other potential physical interaction modalities. “We need an even broader interdisciplinary systems-engineering approach that will combine expertise from fields such as biochemistry, computation, physics, and genetics,” Vaziri says.