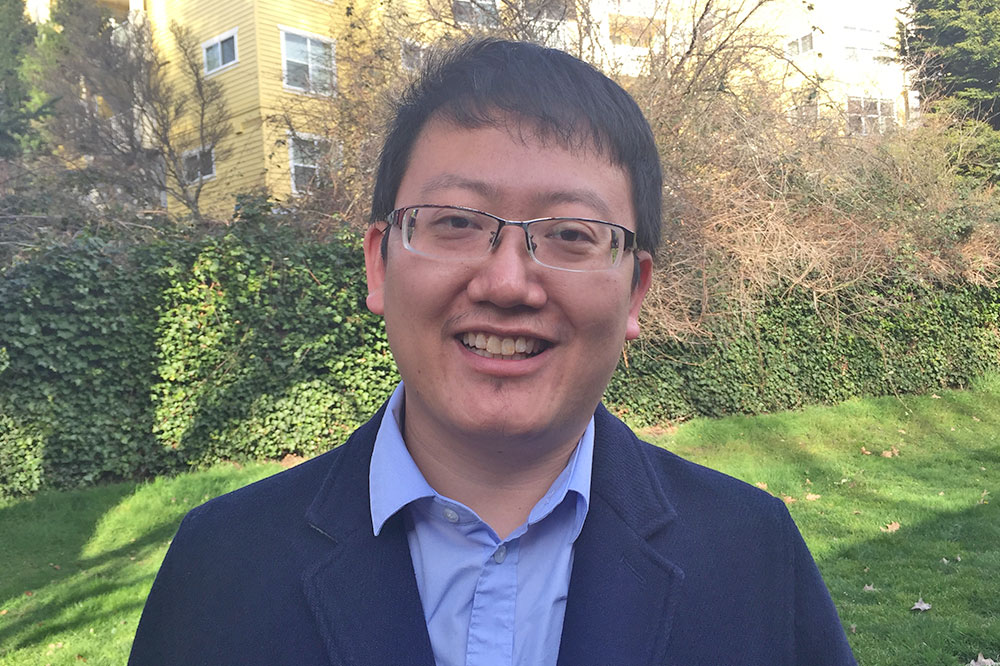 Despite appearances, from a genetic standpoint all 37 trillion cells in your body are identical. What distinguishes one from another is its “transcriptome,” the particular pattern that describes which of each cell’s roughly 20,000 genes are active at any given time.

The Rockefeller University’s newest faculty member, Junyue Cao, takes a cell-by-cell approach to studying these patterns of gene expression in order to better understand how cells differentiate into distinct types and how the body’s organs maintain stable populations of cells throughout life. Currently a postdoc at the University of Washington, he will join Rockefeller this summer as a tenure-track assistant professor and head of the Laboratory of Single-cell Genomics and Population Dynamics.

“Jun has been exceptionally innovative in developing new technologies that are capable of profiling individual cells within a larger population, and applying these tools to solve important biological problems,” says Richard P. Lifton, the university’s president. “He is using these techniques to uncover the intricacies of how developmental commitments are made to form distinctive tissues, and is exploring how cancer cells are influenced by their local environments.”

“With this higher throughput, we can profile the cell population across many organs for multiple individuals in a single experiment,” Cao says.

The work has important implications in aging and disease, Cao notes, both of which involve changes in the stability of a cell population. “If we can comprehensively characterize each single cell state and its dynamics, then we can use this to better understand the process of aging and aging-related diseases,” he says.

Millions of cells at a time

Cao’s interest in studying individual cells began in graduate school, at around the same time as it was becoming possible to profile gene expression patterns in single cells by a technique called RNA sequencing. But to use this technique, researchers had to isolate individual cells or their nuclei—a costly and labor-intensive process.

As a graduate student in Jay Shendure’s University of Washington lab, Cao developed a workaround to this isolation step. In his technique, called sci-RNA-seq, researchers split a population of cells into several different groups and apply a unique molecular “barcode” to each one. They then pool all the groups of cells and split them again into separate groups, and apply a new unique label to each group. They repeat this process until each cell ends up with its own unique combination of barcodes.

Cao used this approach to profile the genes expressed in each of more than 50,000 cells of a developing roundworm. He and his colleagues identified 27 cell types that previous studies have documented, and further classified them into smaller groups.

Cao also combined sci-RNA-seq with another routine method used to profile a cell’s so-called epigenome, the unique set of molecular instructions that control access to tightly packed loops of DNA and thereby dictate which genes can be read. He used this technique, called sciCAR-seq, to examine how gene activity and DNA packaging change in tandem in more than 10,000 individual mouse kidney cells. They identified thousands of cell type-specific genes, including more than 200 membrane transporters.

As a postdoc, also in Shendure’s lab, Cao and his colleagues applied these techniques to create single cell atlases of gene expression during five different stages of mouse and human embryonic development. This work yielded a global view of the transcriptomic and epigenomic changes underlying the formation of several different organs in both species. He also developed a method called sci-rate that profiles the transcriptome, epigenome, and other dynamic features of cells, including their rates of proliferation and death.

In his new lab, Cao will continue to develop cutting-edge genomic technologies that will give insight into the how gene expression varies with time and location in cells in living tissues. He plans to apply these tools to study how organs form, how stable populations of cells are maintained during life, and how cells are repaired after injury and disease. He also plans to develop techniques to manipulate transcriptomic and epigenomic features of cells as a potentially new approach to treating age-related diseases, including cancer and neurodegeneration.