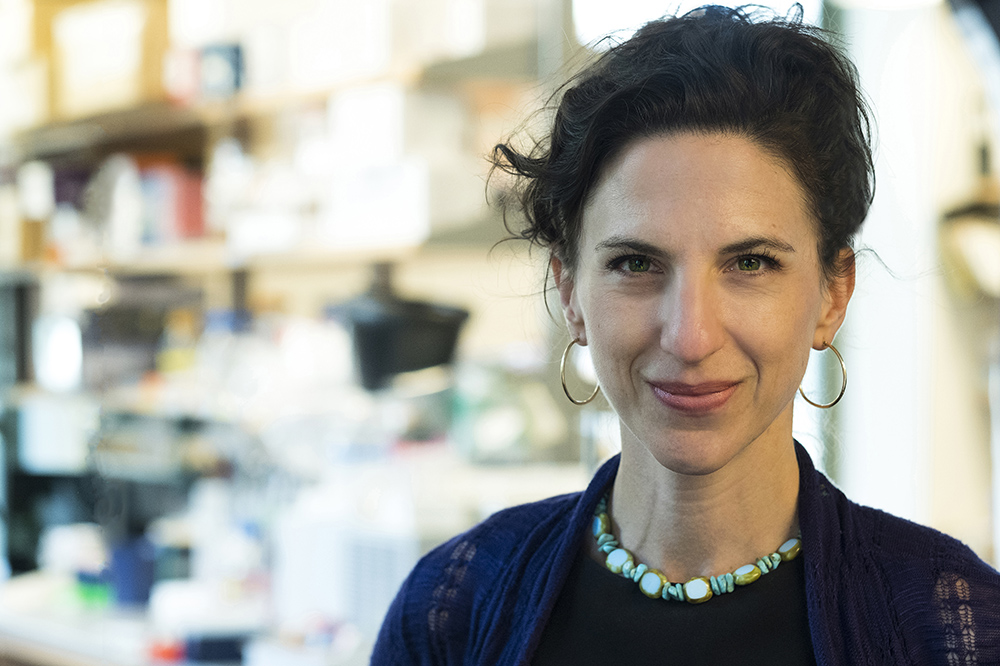 Vanessa Ruta, a neuroscientist who studies how the brain is modified by experience, has been named a 2019 MacArthur Fellow, the John D. and Catherine T. MacArthur Foundation announced today. One of the most prestigious funding programs in the world, the MacArthur Fellowships invest in the potential of exceptionally creative individuals, providing unrestricted grants to individuals in the sciences, arts, and other fields. Ruta is the Gabrielle H. Reem and Herbert J. Kayden Associate Professor and head of the Laboratory of Neurophysiology and Behavior.

Working with the fruit fly, Drosophila melanogaster, Ruta is investigating the neurobiology that underlies an individual’s ability to adapt to changes in its environment. She focuses on the fly’s response to odor, allowing her to identify the specific mechanisms, both at the molecular level and within the brain’s neuronal circuitry, that give rise to learned behaviors. Discoveries in this relatively simple system are laying the groundwork for understanding more complex systems such as those of humans.

Ruta has uncovered the random wiring strategy that enables an associative center in the fly brain, known as the mushroom body, to distinguish nearly any odor, the first anatomic evidence of such a system. She has determined the structure of the first insect odorant receptor. She has also deciphered the circuitry by which male flies recognize the pheromones of a potential mate to begin courtship—and subsequently showed how this same pheromone is repellent to a closely related fly species. In recent experiments, she has made use of a virtual reality system to study visual processing in the fly, showing the neurological responses in a fly’s brain as it moves in response to specific odors. And, using optogenetic techniques, Ruta’s lab has shown that the same neurotransmitter, dopamine, underlies whether the brain perceives a smell as appealing or repellent, depending on when the smell is encountered relative to a reward.

“Vanessa Ruta is a remarkably creative and accomplished scientist whose discoveries are having great impact on our understanding of the neurobiology of behavior,” says Rockefeller president Richard P. Lifton. “She is exceedingly deserving of this award.”

The MacArthur Fellowship recognizes not her past achievements, but Ruta’s potential to make further advances in her field. MacArthur Fellows receive funding directly, and it comes with no restrictions. Colloquially known as “genius grants,” they have been awarded to writers, scientists, artists, social scientists, humanists, teachers, and entrepreneurs, since 1981.

Previous recipients of MacArthur Fellowships at Rockefeller include Gabriel Victora in 2017, Albert Libchaber in 1986, and Joel Cohen in 1981.