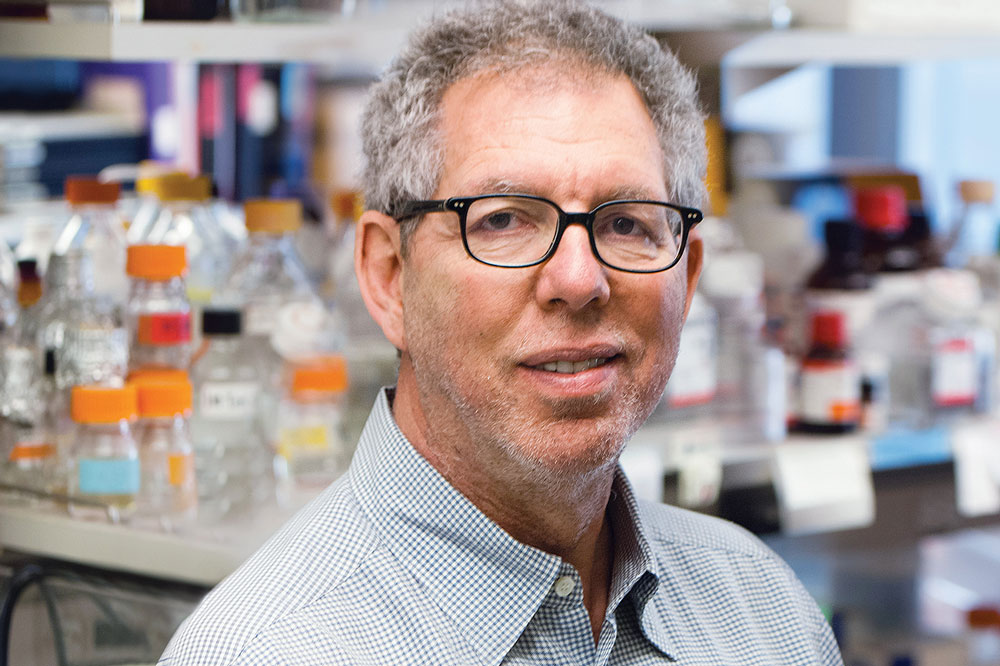 Jeffrey M. Friedman, whose discovery of the hormone leptin has transformed our understanding of obesity, will be a 2020 recipient of the Breakthrough Prize in Life Sciences. He is being honored for his discovery of a new endocrine system through which adipose tissue signals the brain to regulate food intake. Friedman is the Marilyn M. Simpson Professor and head of the Laboratory of Molecular Genetics at Rockefeller, as well as a Howard Hughes Medical Institute Investigator.

The relatively new Breakthrough Prize, with its accompanying $3 million award, is the most generous prize in the sciences, and recognizes achievements in the life sciences, fundamental physics, and mathematics. The prize was established eight years ago by several Silicon Valley tech entrepreneurs, including the founders of Google, Facebook, and 23andMe.

Friedman’s 1994 discovery of leptin, and of its receptor in the brain encoded by the obese gene, shed new light on the pathogenesis of obesity. He and his colleagues have since shown that leptin acts on sets of neurons in brain centers that regulate food intake and energy expenditure, and has powerful effects on reproduction, metabolism, other endocrine systems, and immune function.

In studies with mice, Friedman established that leptin deficiency is associated with severe obesity; mice that do not produce leptin are up to three times their normal weight. Friedman’s experiments have also shown that injecting leptin-deficient mice with the hormone increases their level of activity and decreases their weight. Similar results have been obtained in humans with leptin deficiency, and leptin has successfully been used to treat lipodystrophy, a disease in which fat cells do not develop normally.

“Jeff’s research has transformed the way we think about obesity,” says Rockefeller President Richard P. Lifton. “He discovered an endocrine system that informs the brain about the state of energy storage in the body. When fat stores are low, leptin is low, driving food seeking and consumption. People who can’t make leptin have seemingly insatiable appetite. This spectacular work establishes a biological basis for obesity and provides clear evidence that overeating is not always a simple failure of willpower.”

Obesity is a critical global health concern, associated with millions of premature deaths each year. Friedman’s research has opened a new field with great potential for advancing health and for the understanding the biological basis of behavior.

Friedman will be presented with the prize at the annual Breakthrough Prize gala awards ceremony on Sunday, November 3, at NASA Ames Research Center in Mountain View, California. The event, known informally as the “Oscars of science,” will be broadcast live on the National Geographic channel.

Previous Rockefeller recipients of the Breakthrough Prize are Cori Bargmann and Titia de Lange in 2013, Lifton in 2014, and C. David Allis in 2015.