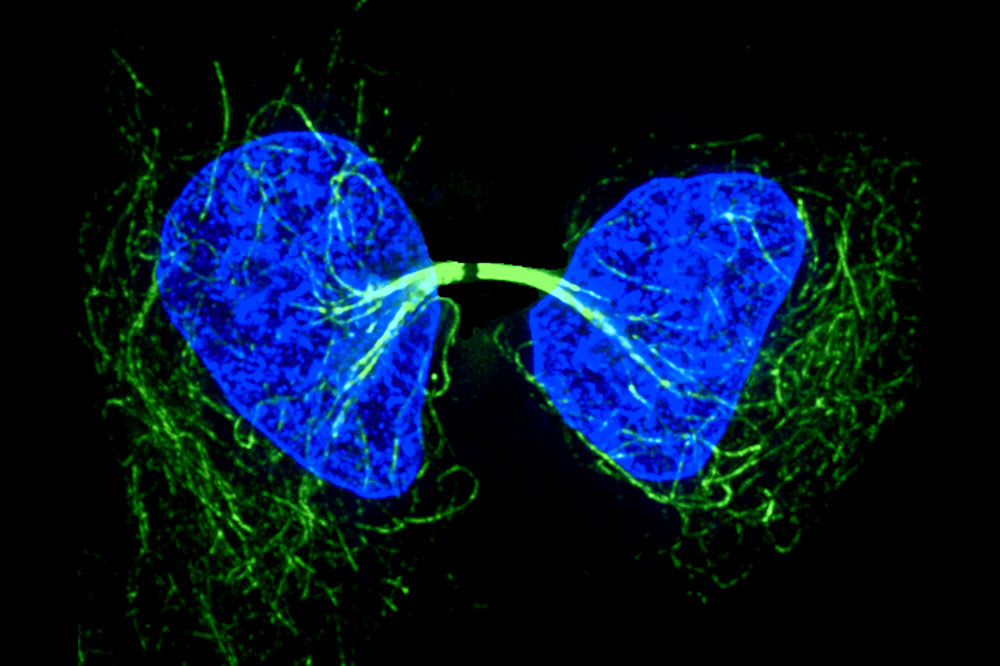 Like many of the processes that drive a cell’s basic functions, those enabling the splitting of a newly-replicated cell into two, shown above, happen quickly. So quickly, in fact, that scientists often have a hard time pinpointing the functions of the molecules involved.

But a new chemical probe designed by Rockefeller’s Pels Family Professor Tarun Kapoor will make it possible to get a close look at the function of spastin, a protein involved in cell division and thought to help regulate the structural proteins that hold cells together.

The probe, called spastazoline, is the first to successfully inhibit the function of spastin during fast-acting cell processes. It is an especially valuable tool because of its specificity and ability to act on the same timescale that spastin does. The researchers report in Nature Chemical Biology that when cells are treated with spastazoline, the ensuing spastin disruption results in cell division irregularities.

The next step will be to use spastazoline to decipher spastin’s role across various cell types and in different contexts. The scientists are also investigating whether spastin, which has been linked to Alzheimer’s, could be targeted to treat the disease.